Bowen - A new and Accurate Map of Louisiana..

Tit;e: 'A New & Accurate Map of Louisiana, with Part of Florida and Canada and the Adjacent Countries. Drawn from Surveys assisted by the most approved English & French Maps & Charts'.

A very elegant and detailed map of French Louisiana.

The map includes a fascinating annotation, which attributes the cartographic detail in the region to the maps of Charlevoix and Bellin. It had been issued in the years immediately preceding the issuance of this map and were drawn from French explorations in the Great Lakes, Ohio Valley and Mississippi Valley, which had dramatically improved upon the information available to Henry Popple and other British mapmakers of the prior decade.  Coming immediately before the landmark large format maps of D'Anville and Mitchell, the present map presents one of the most interesting depictions of an Anglocentric view of the future United States during the period.

The map clearly emphasizes the newly updated cartographic information in the Mississippi Valley and Great Lakes regions, showing significantly more information than prior British Maps of the region.  The treatment in the British Colonies also reflects significant new information, undoubtedly compiled from the freshly available surveys which would have been making it across the Atlantic to the Board of Trade from the various British Colonies, especially those south of the Chesapeake region which were only just beginning to flourish commercially.

The most curious element of the map is its bold depiction of the Rio Grande, which extends far to the North of its true sources and greatly distorts the geography of the region drained by the river.  A number of towns such as Santa Fe and Taos are shown on the Rio Grande, and a number of the early Spanish roads in the region are also shown. Excellent detail in the Mississippi Valley. Many early Indian Tribal lands are located. Nice treatment of the Great Lakes. Excellent detail throughout, including extensive annotations.

In good condition on strong paper. There are numerous notes in the margins in a very elegant hand from a long distant student of the map. 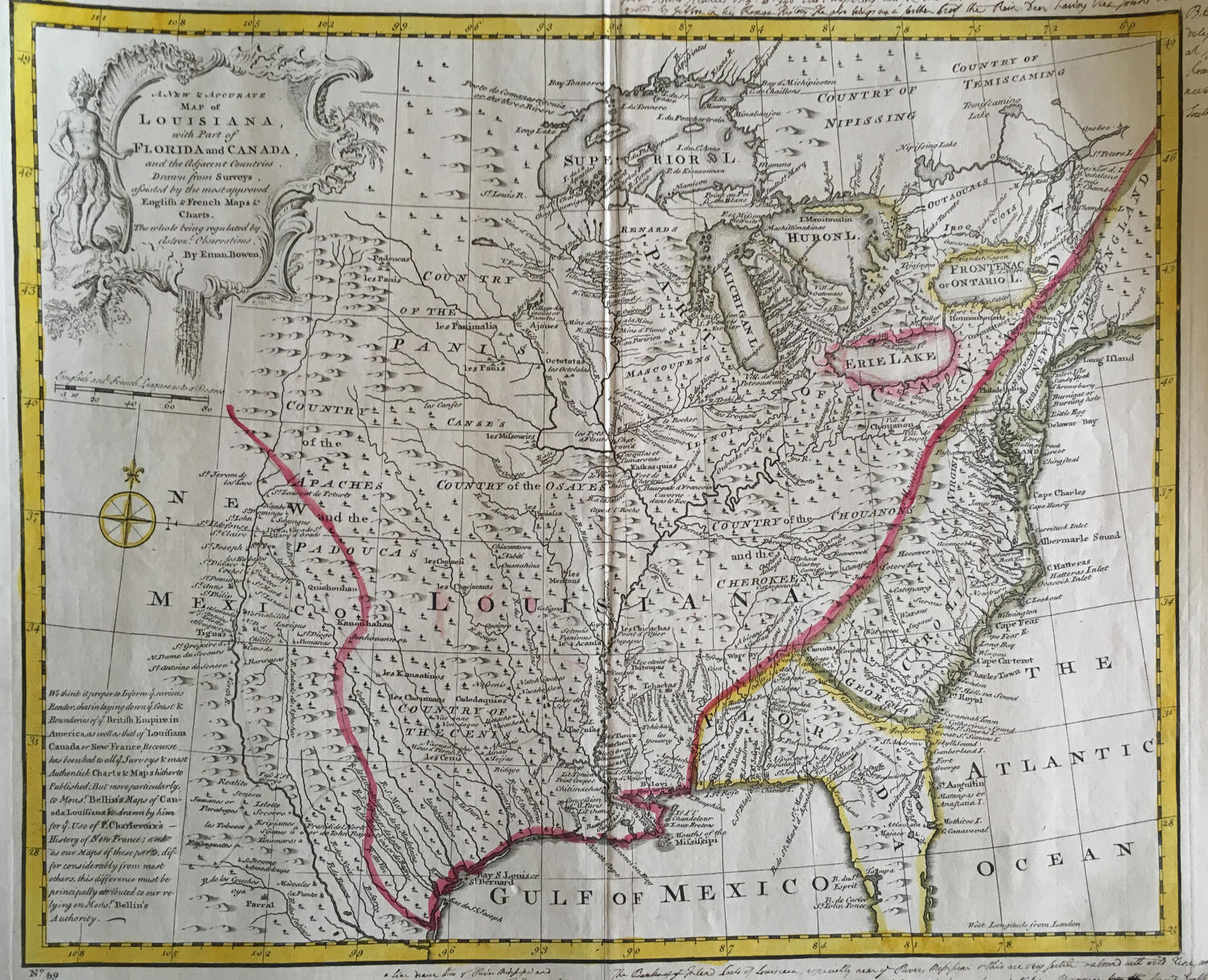 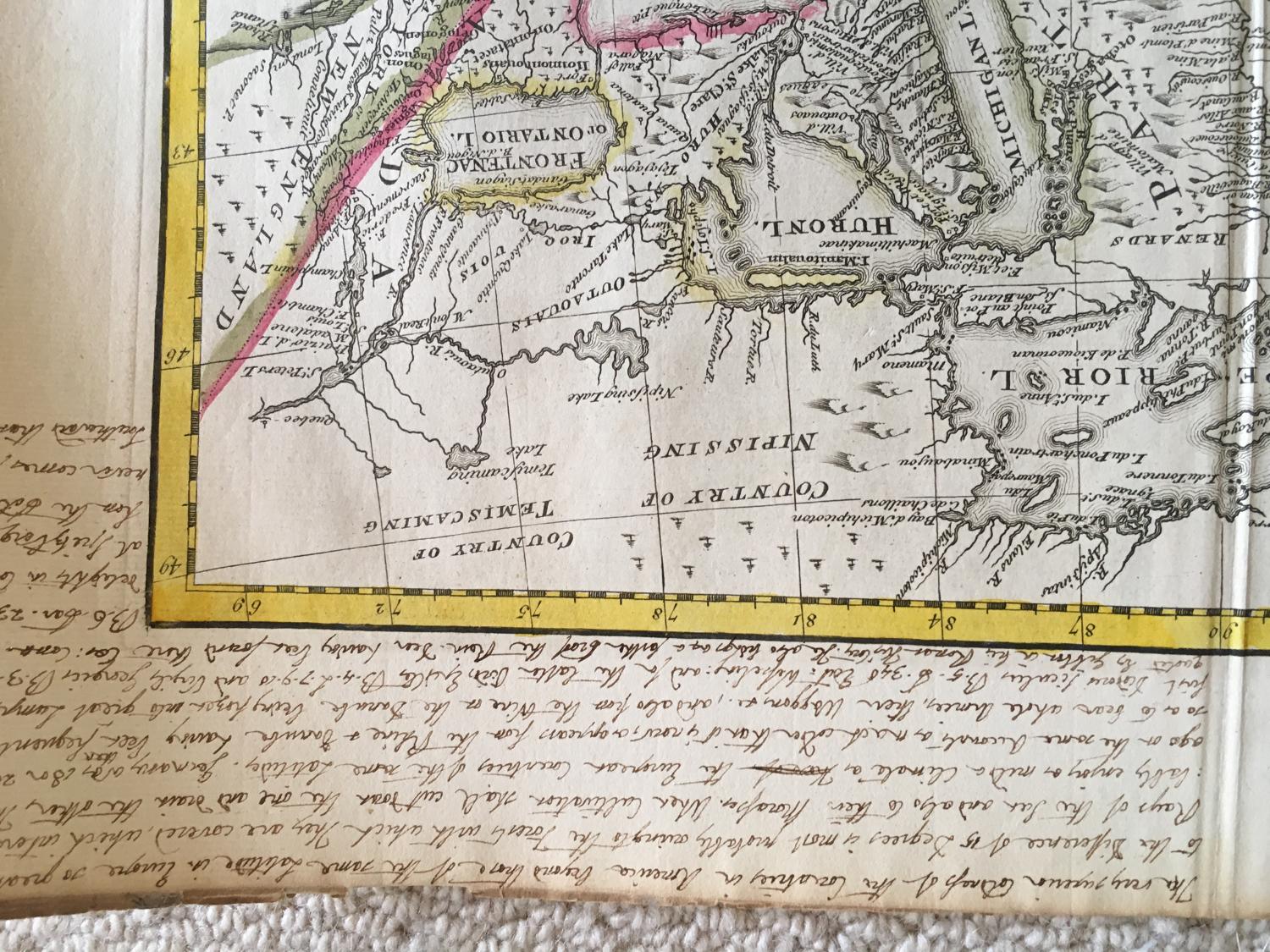