John Senex - A Map of the World

Title; A Map of the World. Corrected from the Observations Communicated to the Royal Societys [sic] of London and Paris by John Senex F.R.S.',

To the Right Honourable Richard Boyle, Earl of Burlington and Cork, Viscount Dungarvan, Baron Clifford of Lansborough and Baron Boyle of Youghail. This Map is Dedicated by his Most Obedient & Most Humble Servts. John Senex.” (title)

“Sold by I. Senex at the Globe against St. Dunstans Church in Fleetstreet London 1725.” (upper right, beneath title)

A large and very influential double hemisphere map of the world of the early Georgian period. Executed in outline color, Decorated with allegorical female figures representing “the four continents” as the world was perceived at the time: America, Africa, Asia and Europe. California is shown as an island as was believed by many at the time.

Unfortunately in poor condition with missing areas of text at the margins and a section of the south Pacific that includes New Zealand. The map is stable with old paper added to complete the rectangle shape and allow framing. It is not laid down. A very interesting item at a fraction of the usual retail price. 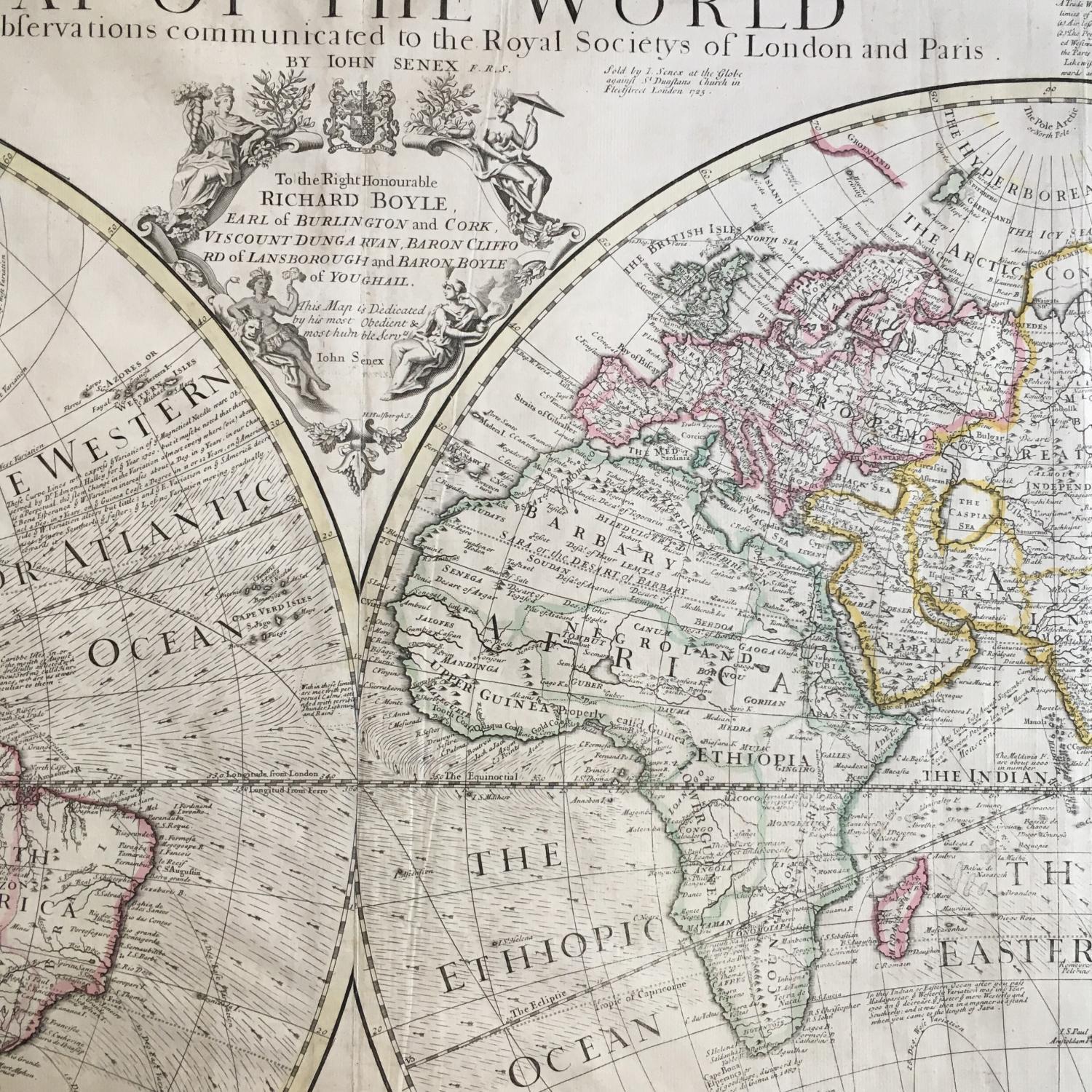 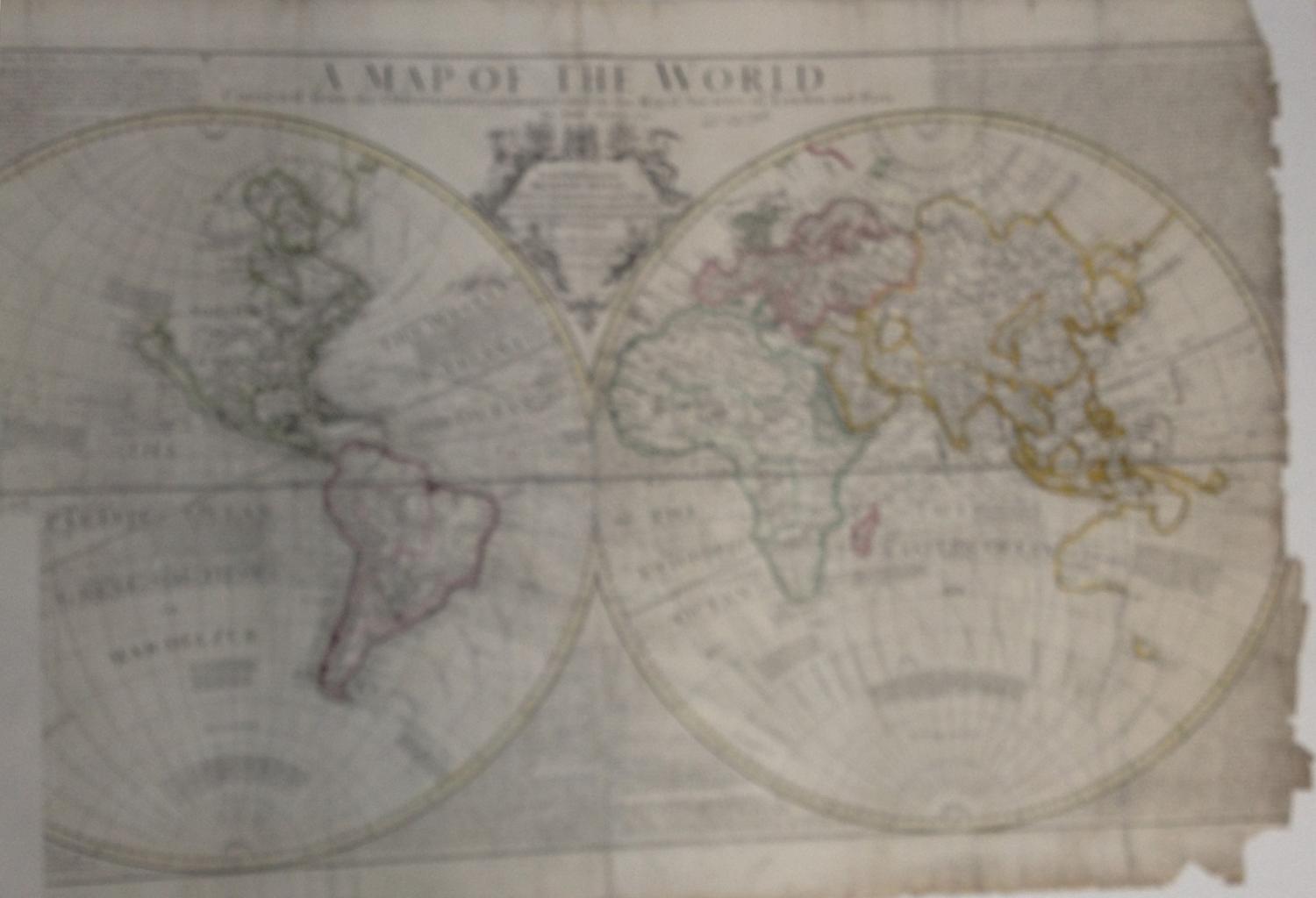 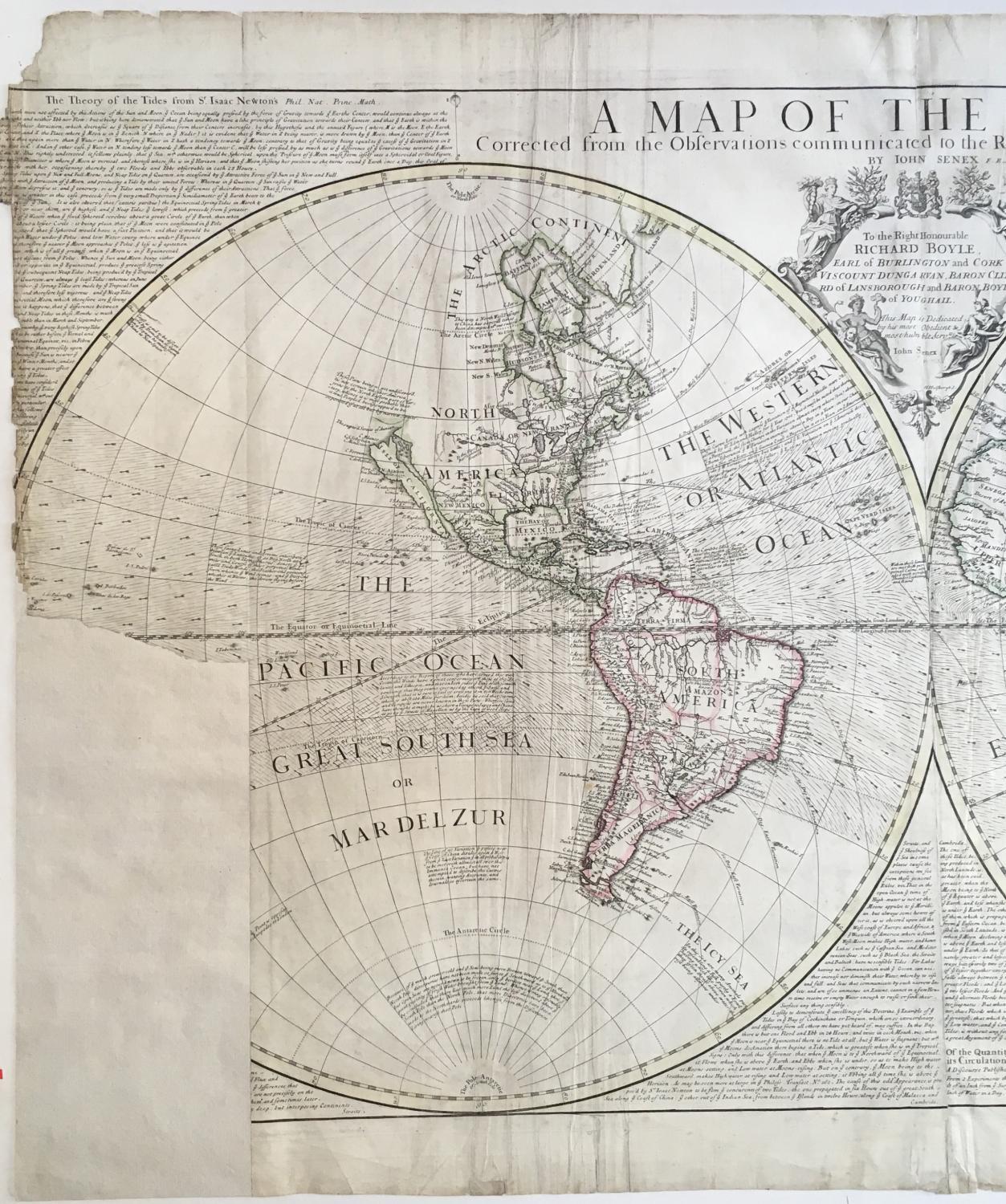 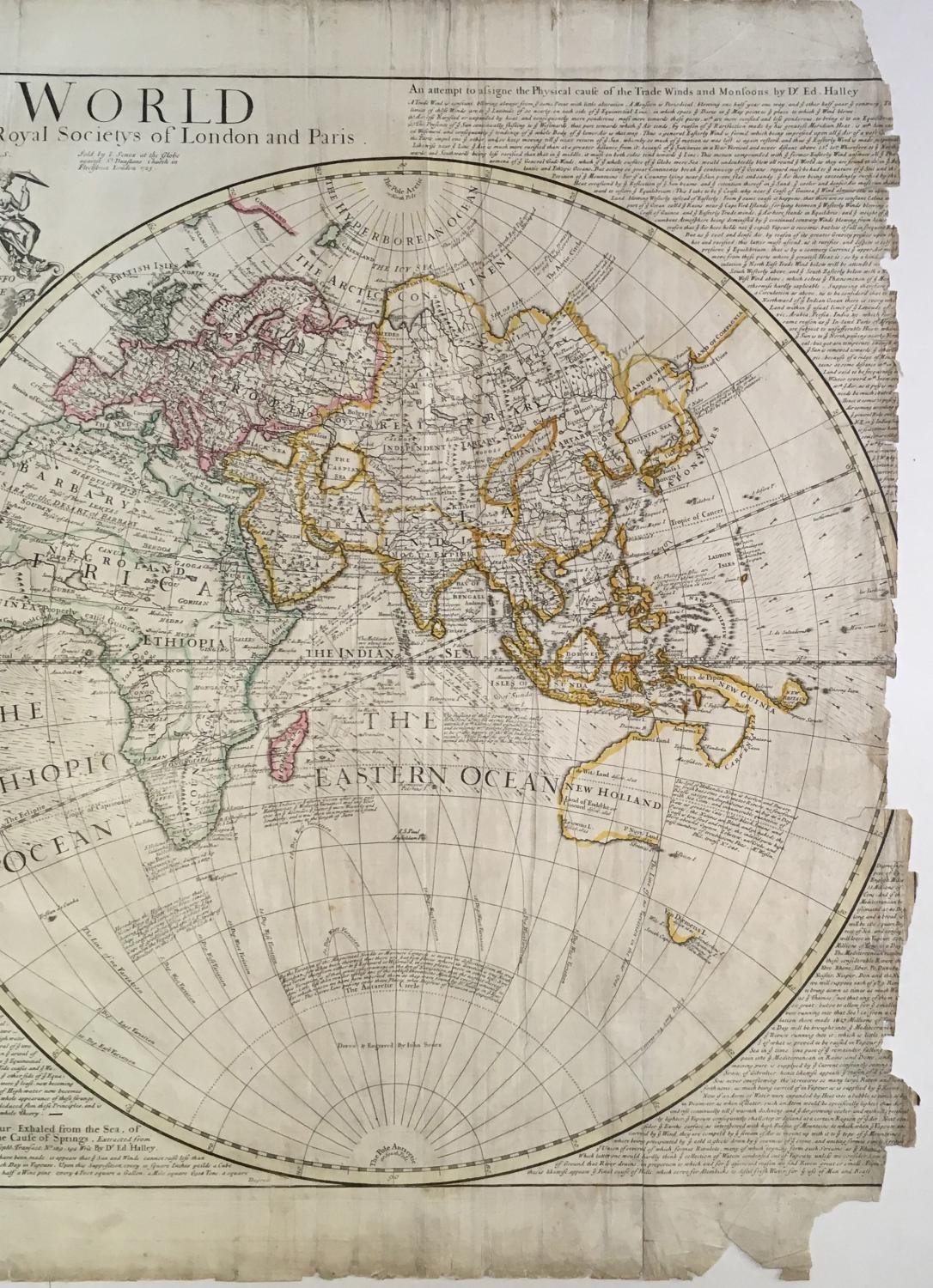 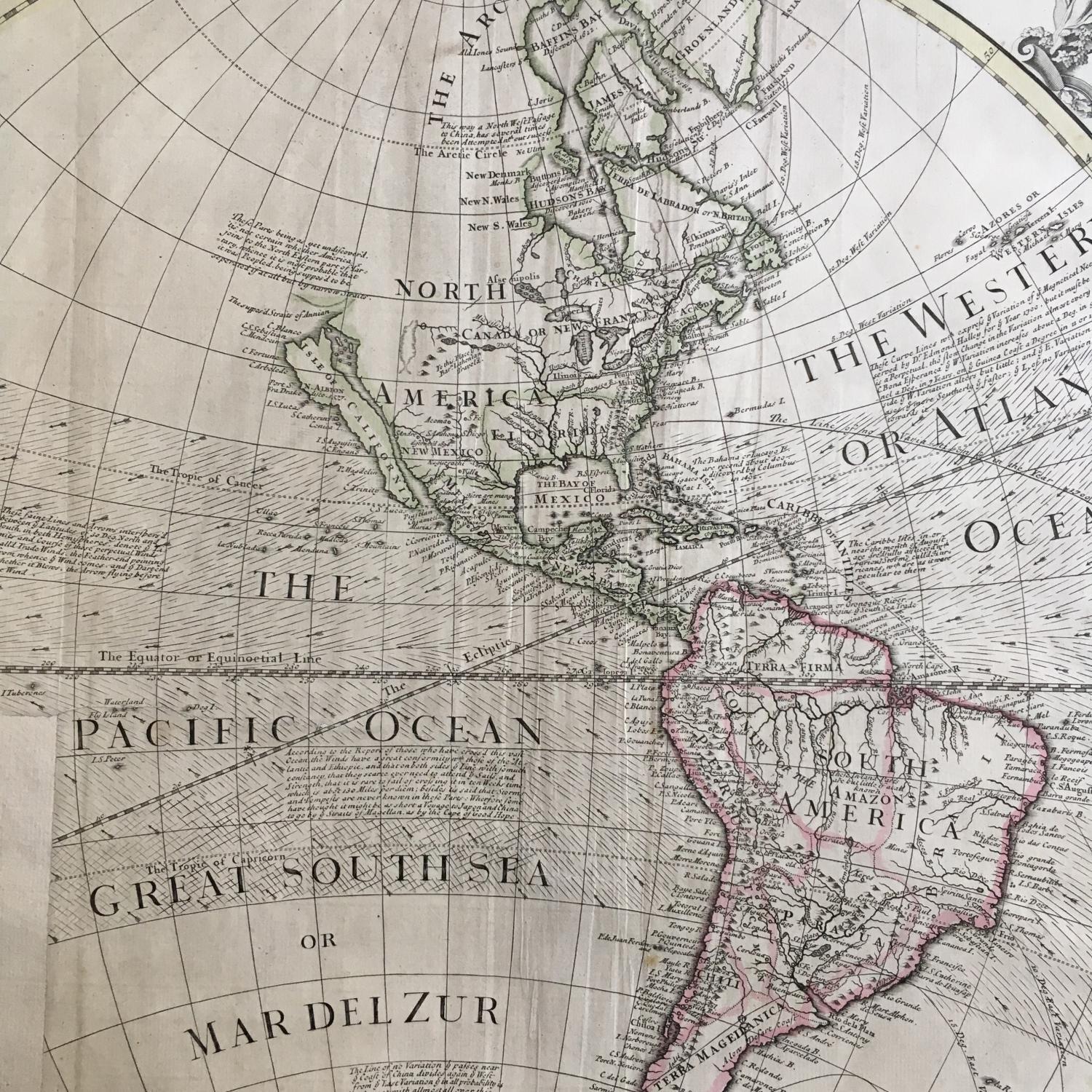 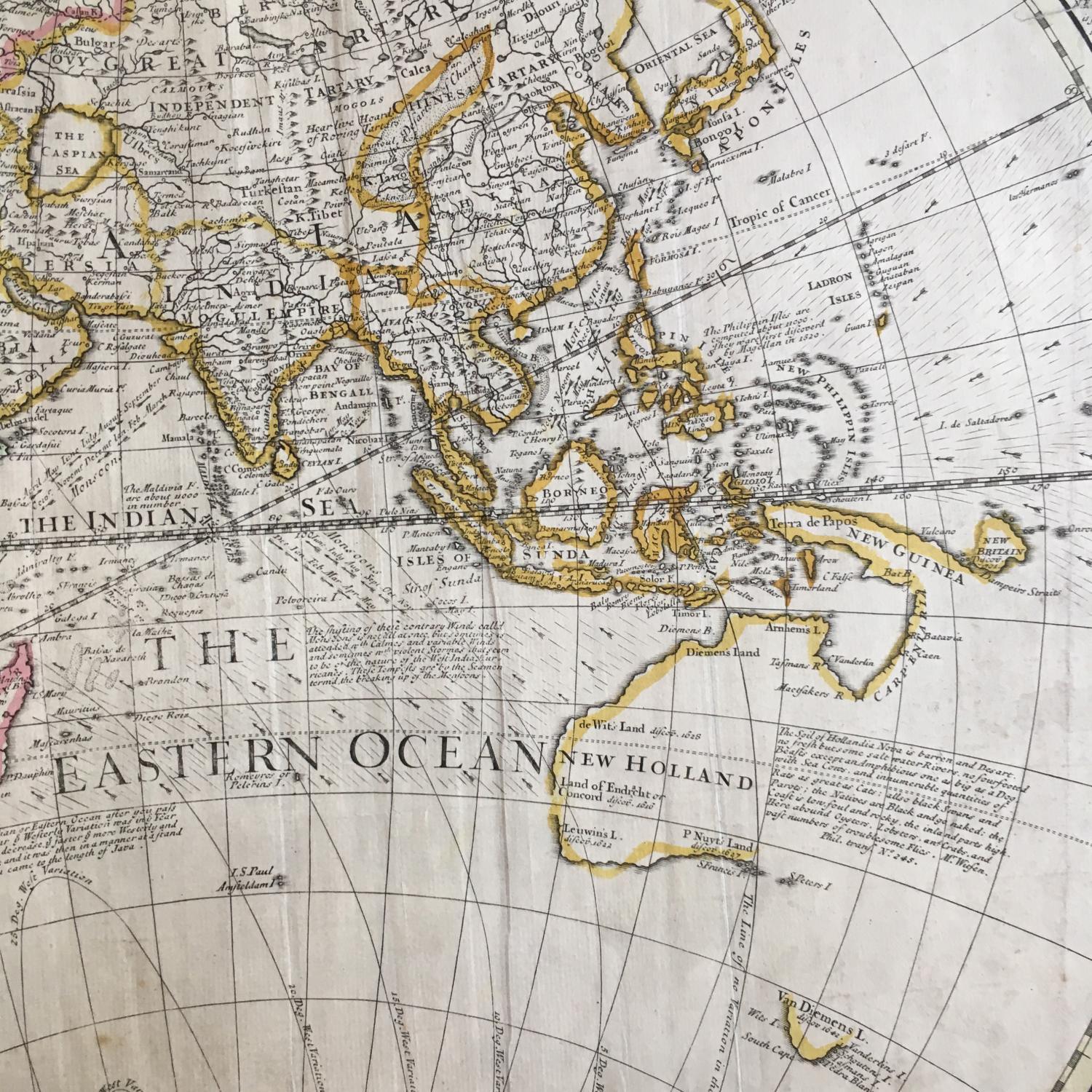