A very interesting example of the myths of the early rennaissance period. Various terrifying seamonsters are presented  from Munster's Cosmographia, one of the most influential works of the 16th Century.

Munster's plate of sea creatures is taken from Olaus Magnus' Carta Marina of 1539 and includes abundant detail.A vignette shows a galleon trying to outrun one monster by throwing their cargo overboard, while one sailor takes sight with a musket.  Abraham Ortelius also adapted many of the monsters for use on his map of Iceland in 1587. One of the most sought-after of all 16th Century curiosities.

In restored condition with image replaced in facsimile in both bottom corners. Would frame well. 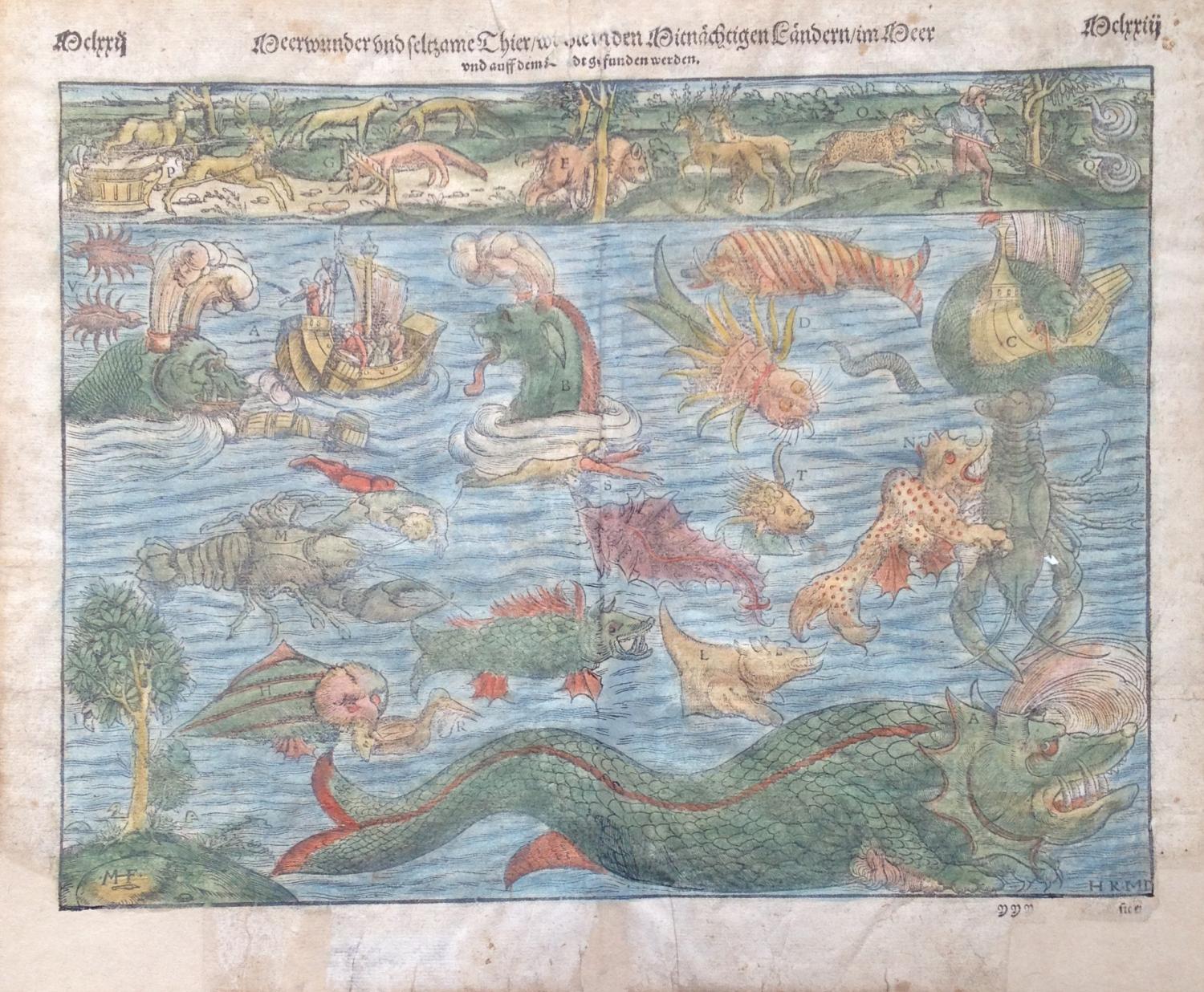 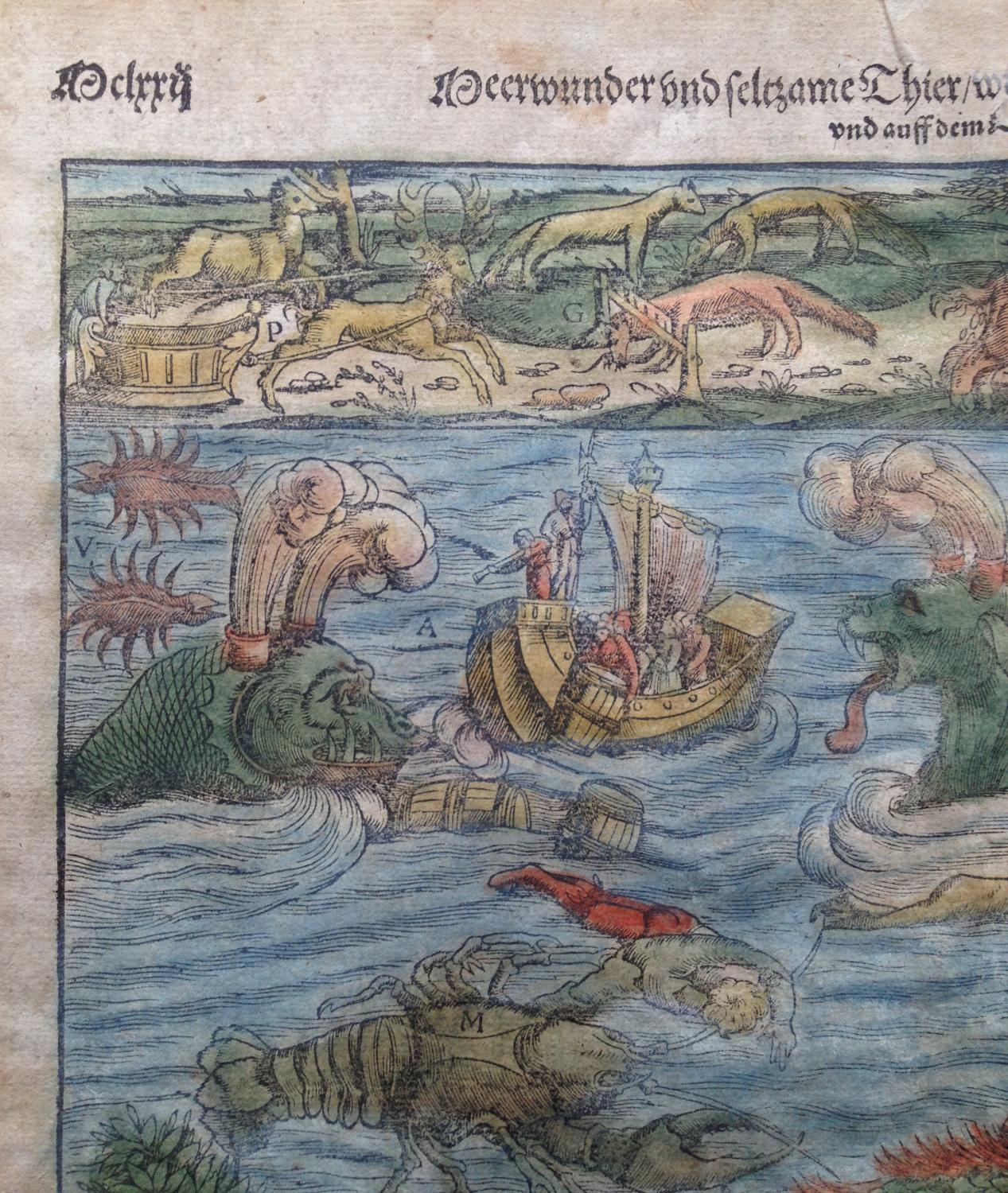 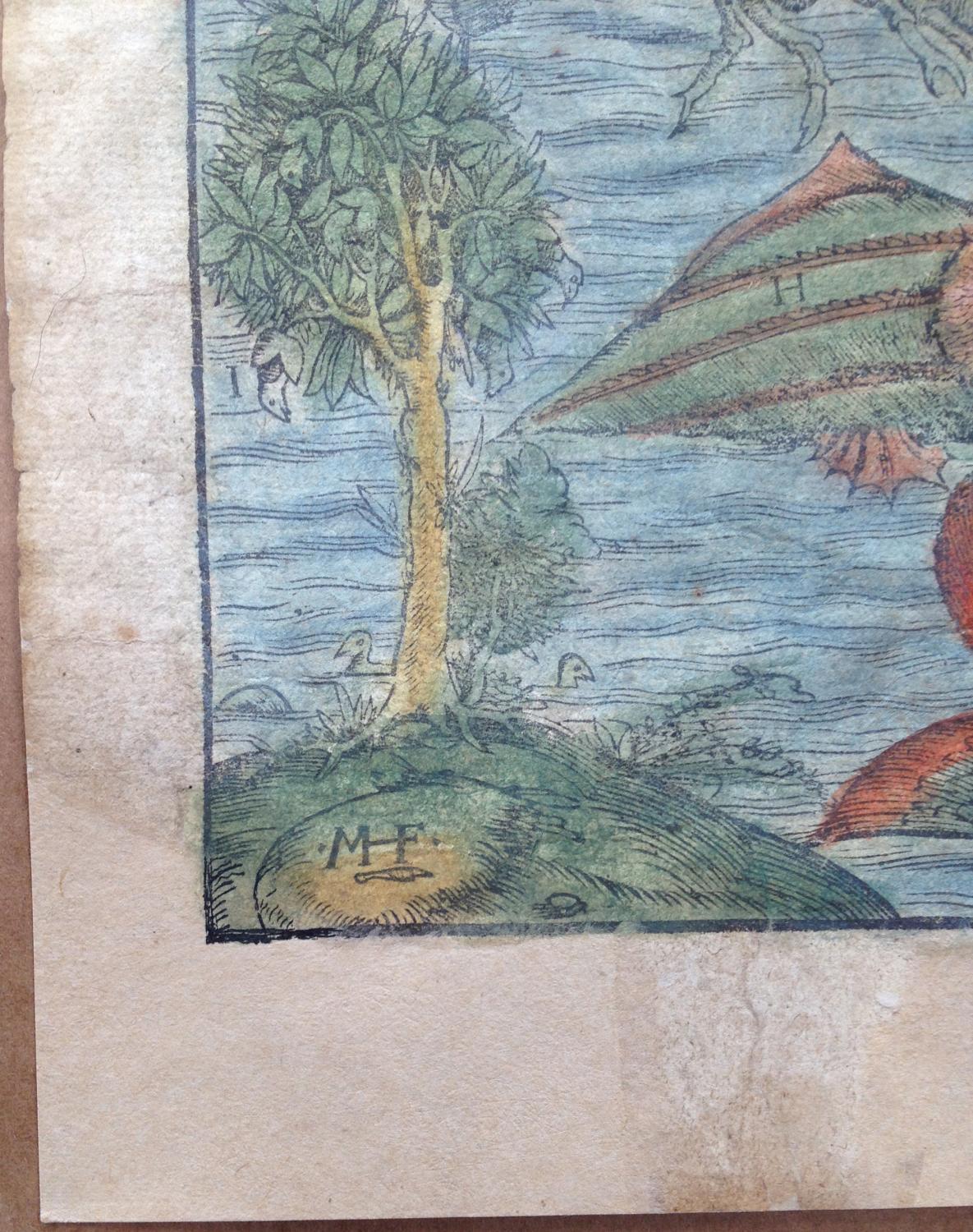 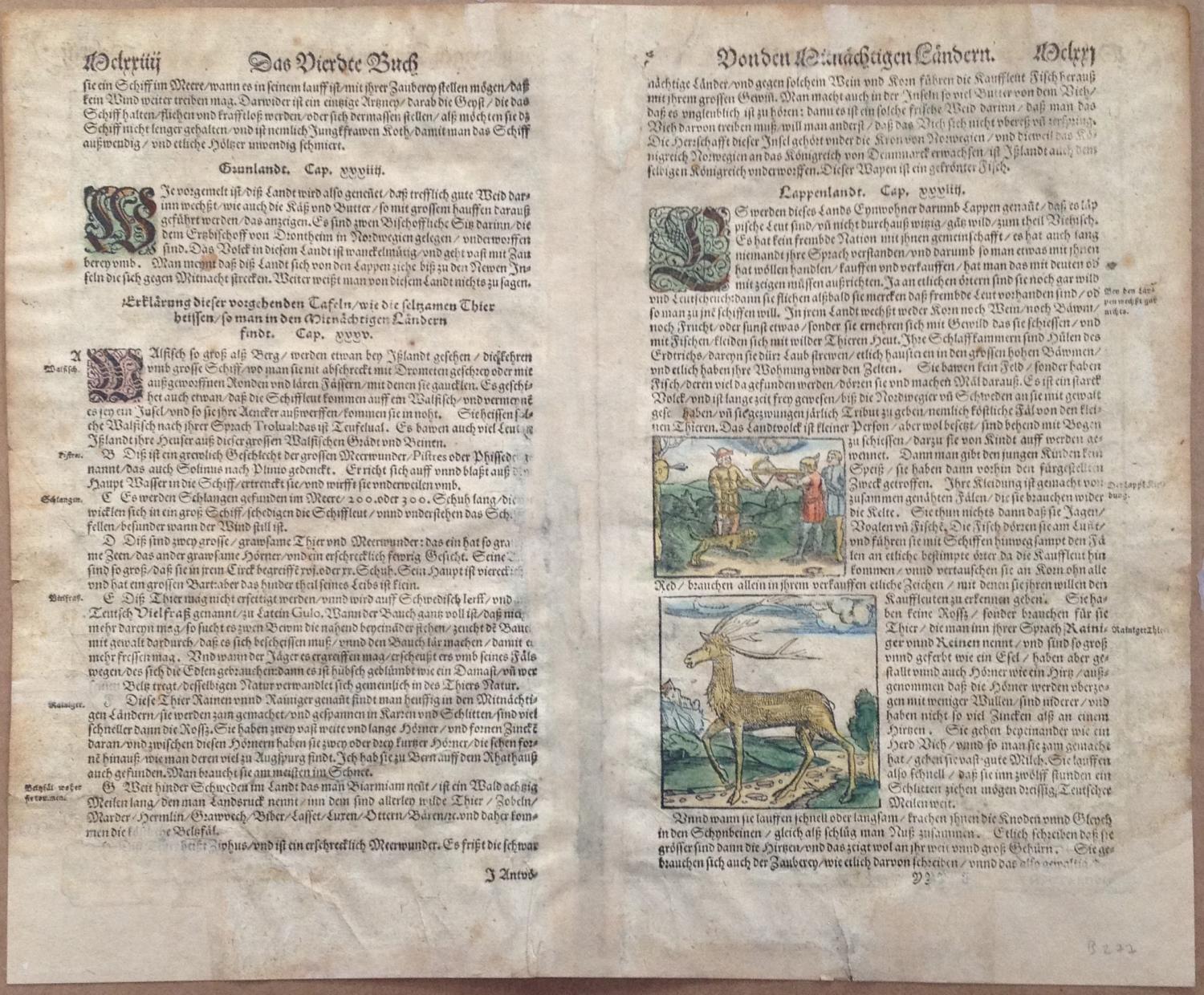