John Overton New and Accurat Map of the World

Title: 'A New and Accurat Map of the World Drawne According to the Best and Late Discoveries Anno Dom 1670', Published: London Date: 1670.

A very rare double hemisphere map, based on Stent 1665, and Speed 1627, in original colour.

The map has many decorative elements: figures with celestial insets at top and bottom. In addition to including personifications of the four seasons and the four Classical elements, the composition incorporates medallion engravings of the discoverers Cavendish, Drake, Magellan, and van Noort. There are twelve ethnographic illustrations at top and bottom depict various peoples of the world.

The map shows Greenland attached to mainland North America and California as an island, with much of the Pacific Northwest left blank. The Great Lakes are missing, and the Atlantic is labeled as ''The Westerne Ocean.'' Routes of the circumnavigations of Drake (1578) and Cavendish (1586) are also shown.

Condition: Small restorations to center fold and an invisibly closed repair to a tear that crossed the border at top right. The map is lightly toned, with some creasing, Some minor margin repairs and a couple of areas of thinning. Overall very good, with outstanding original colour. 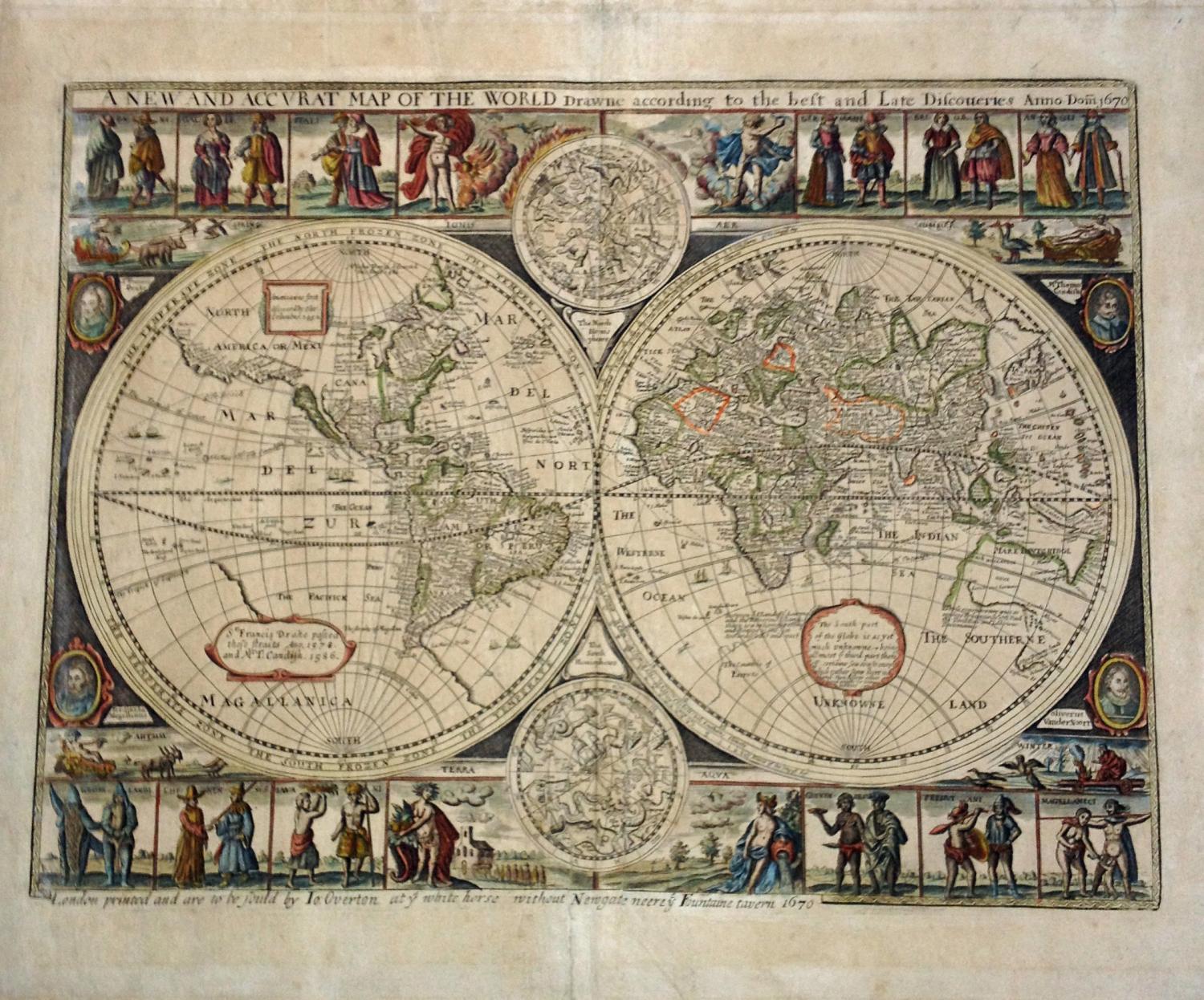 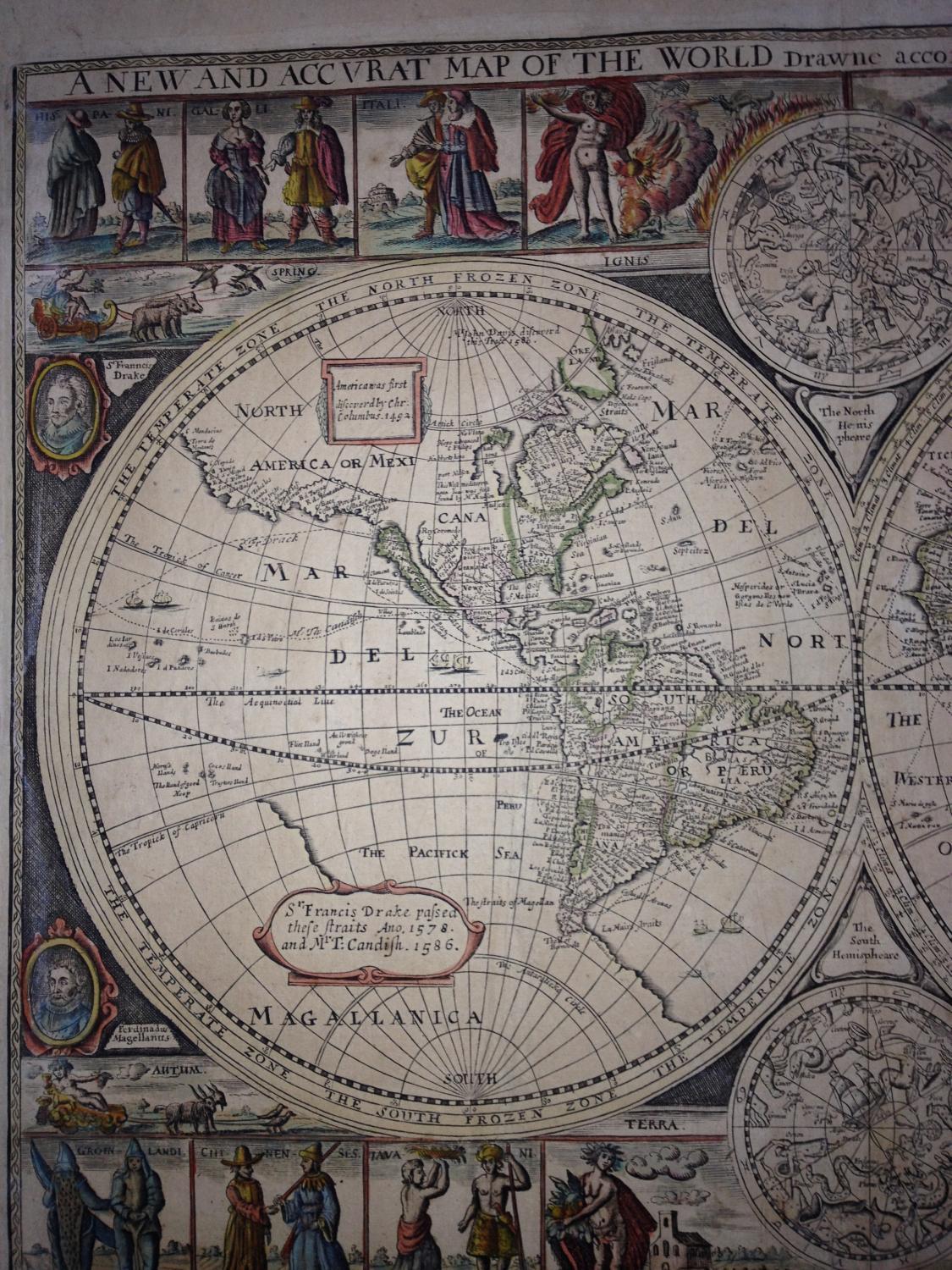 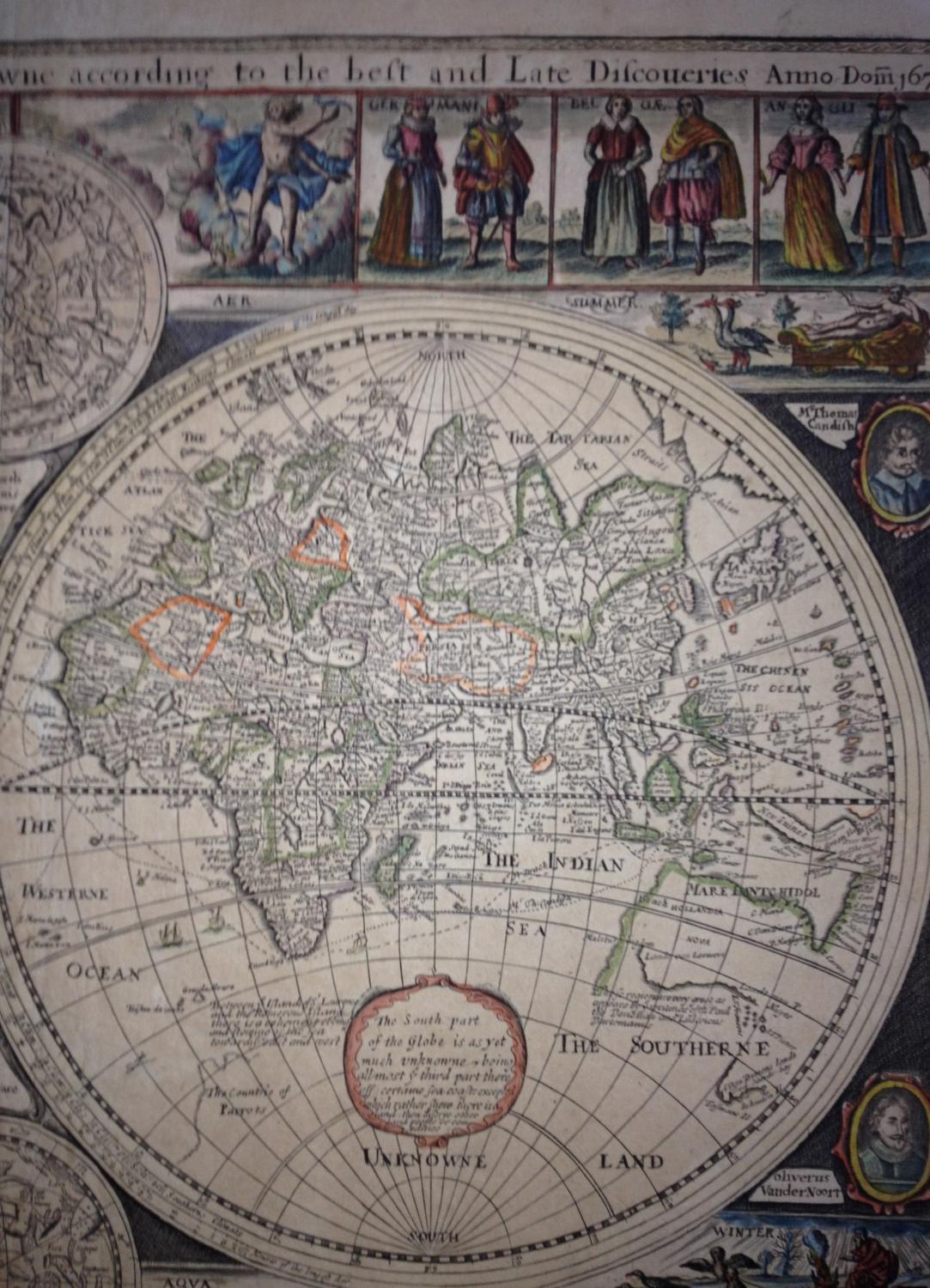 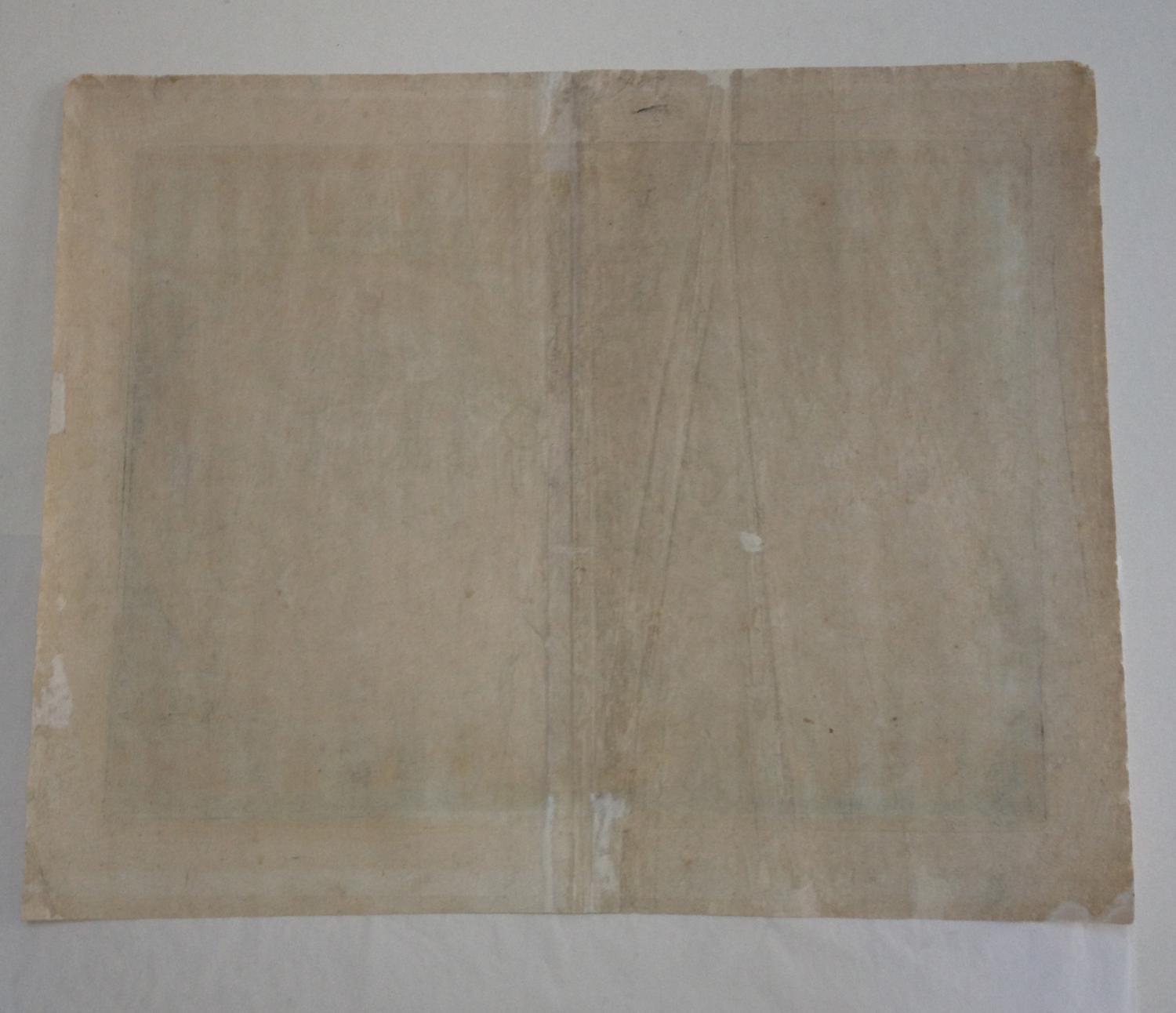