The map is in excellent condition with wide margins. This map is interesting as there is an additional 'antiquarian feature': a mark that extends from central Africa to the southern continent. This appears to have been caused by an excess of ink from the original pressing and is of a different type to the cracks in the plate that appear in the title bar. The shadow at the centrefold is caused by flash photography. 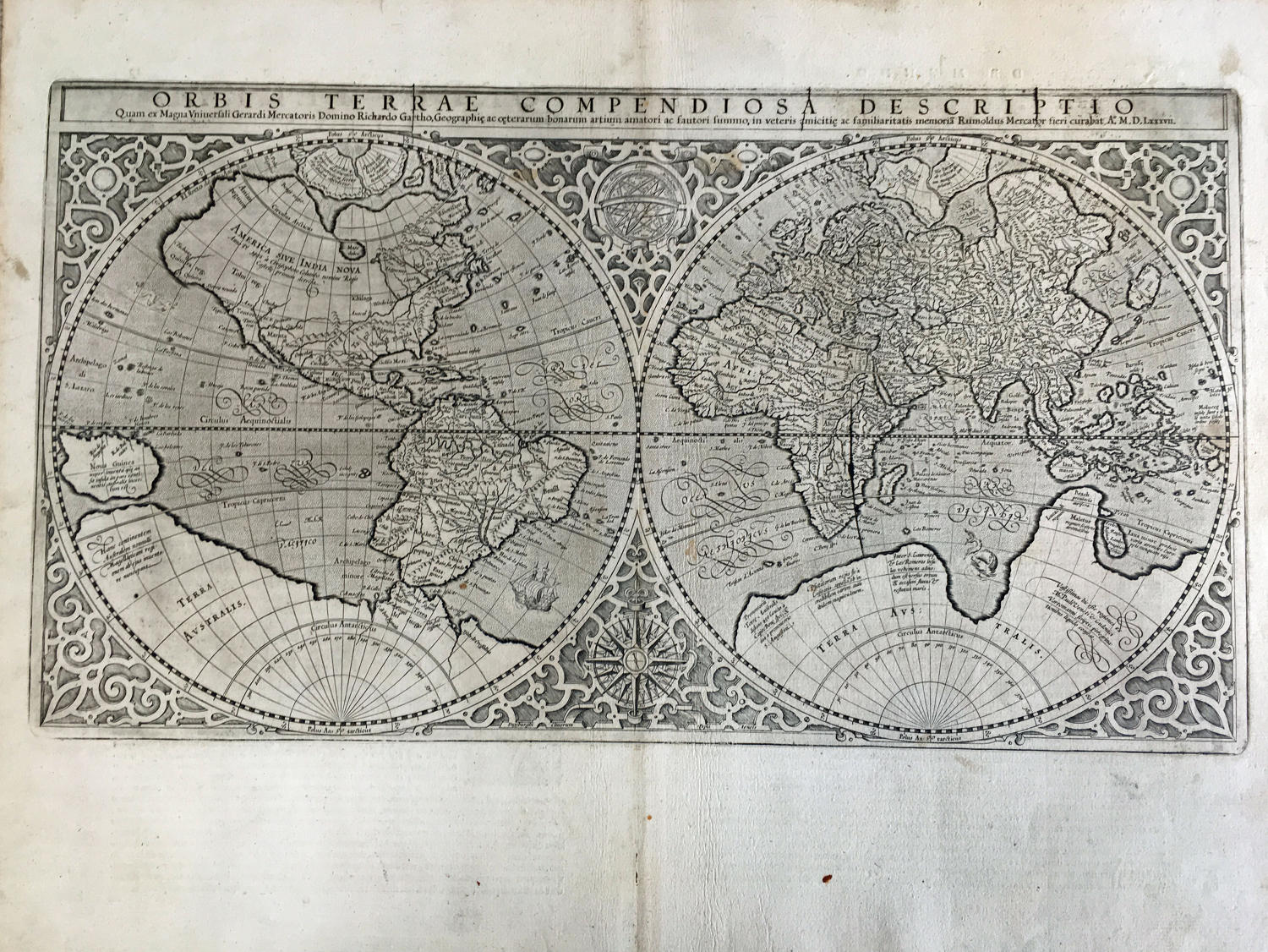