Rumold Mercator's stunning map of the world with Latin text on the verso.

The map is in fair condition, trimmed to the margins at the sides, with a few small chips. The map has had the sailing ship (off the coast of South America) removed and the verso has been replaced in facsimile. These faults are reflected in the price. The colour is vibrant and original and this is a decorative cornerstone map. 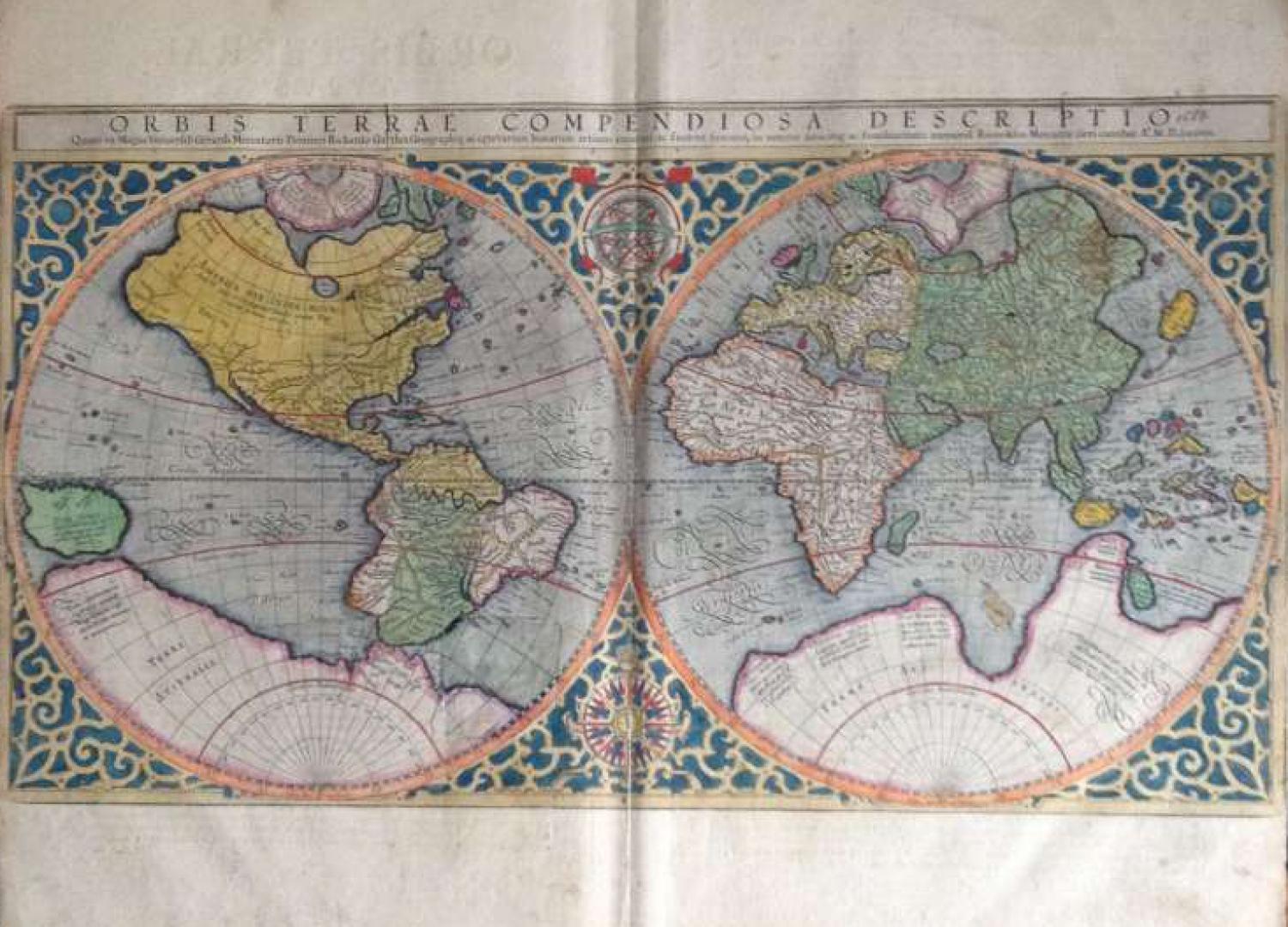 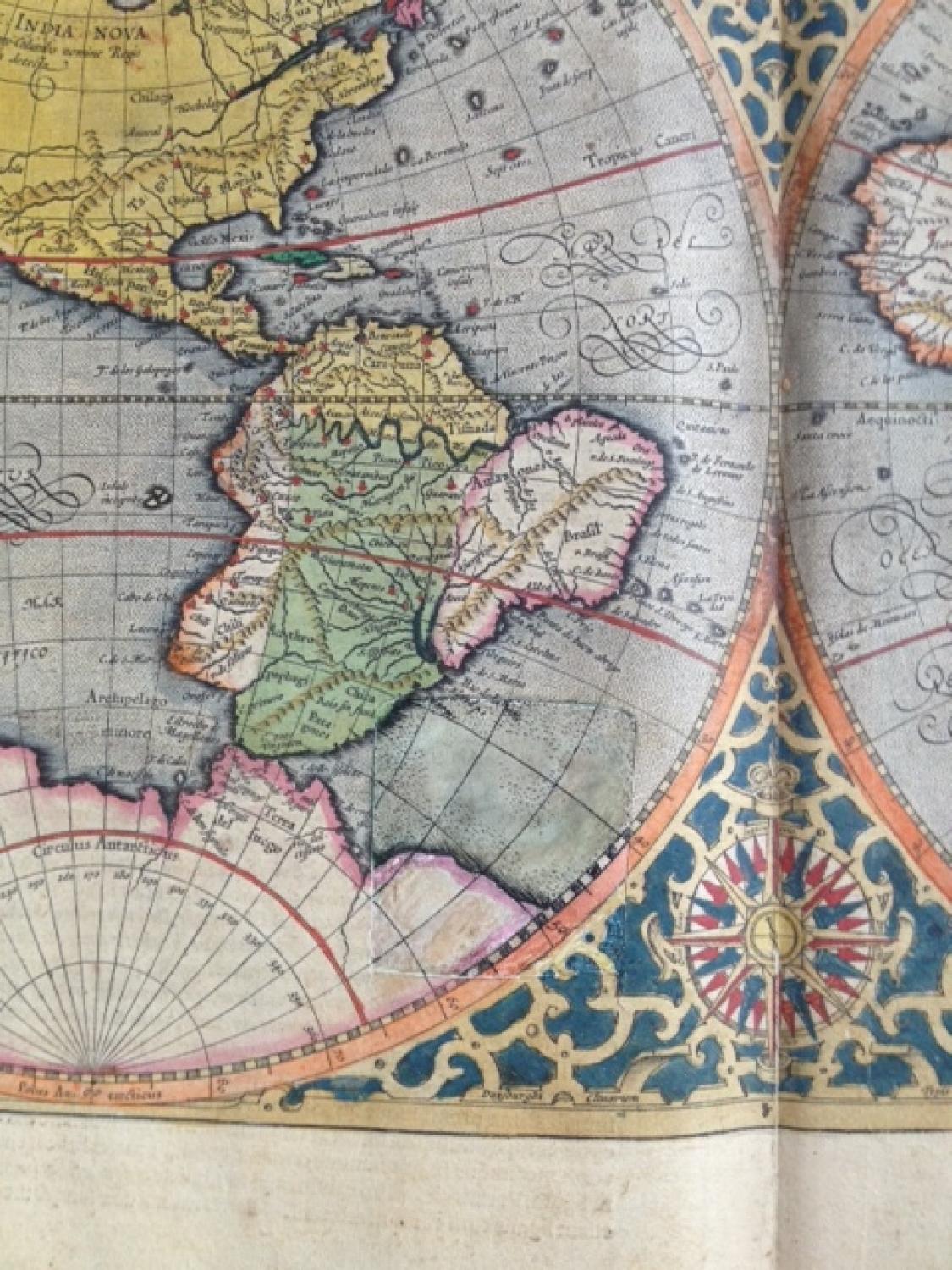 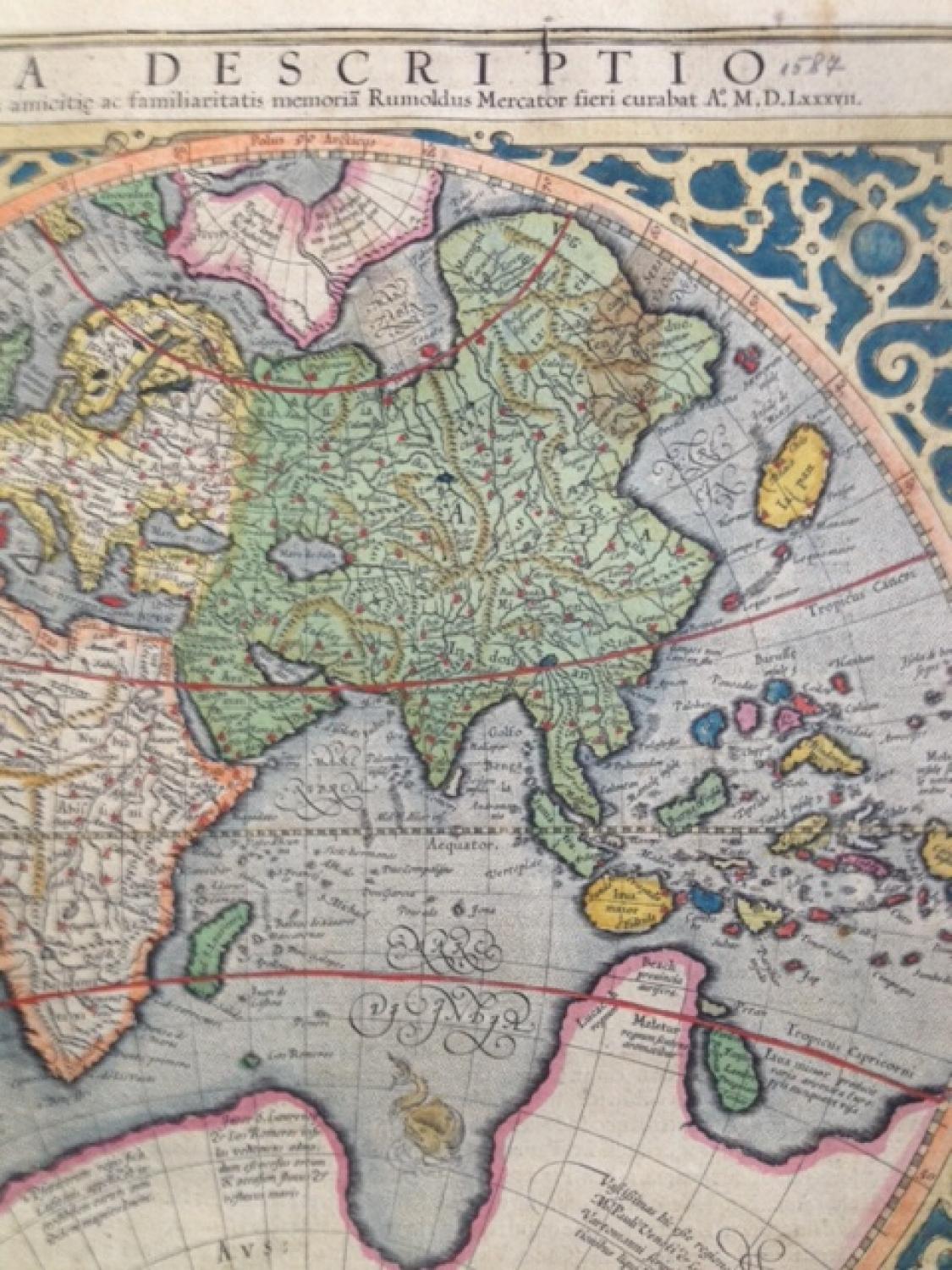 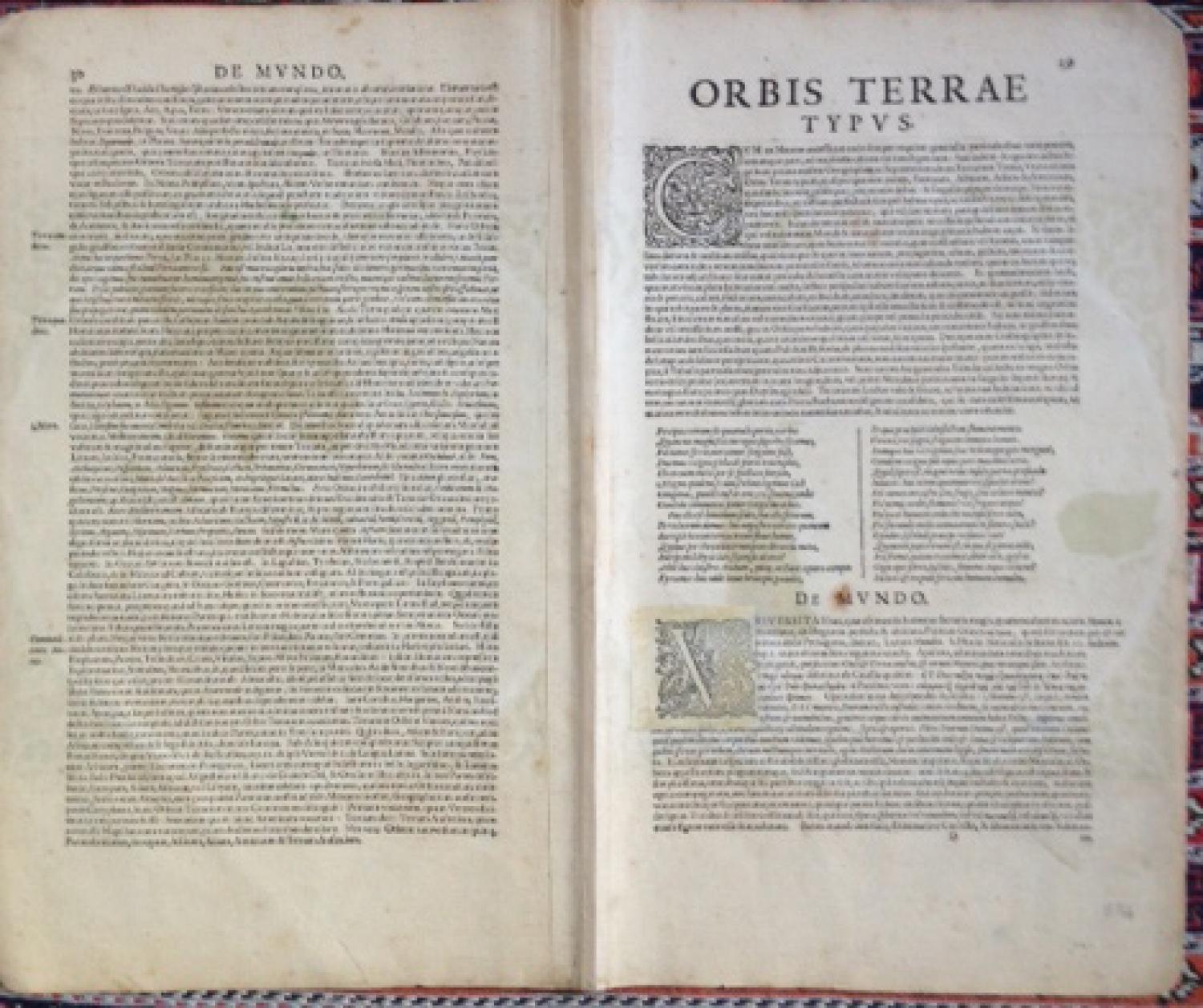 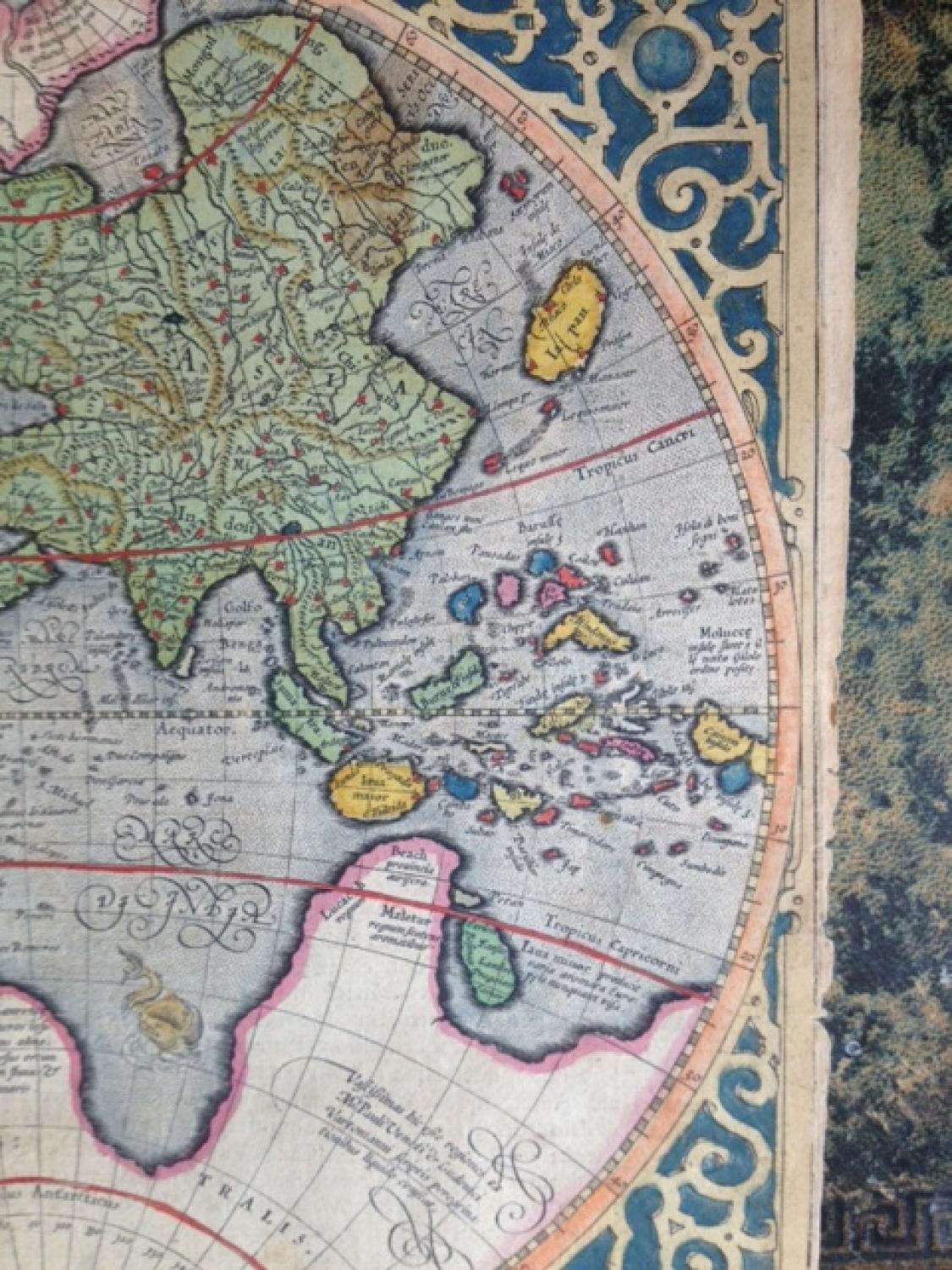 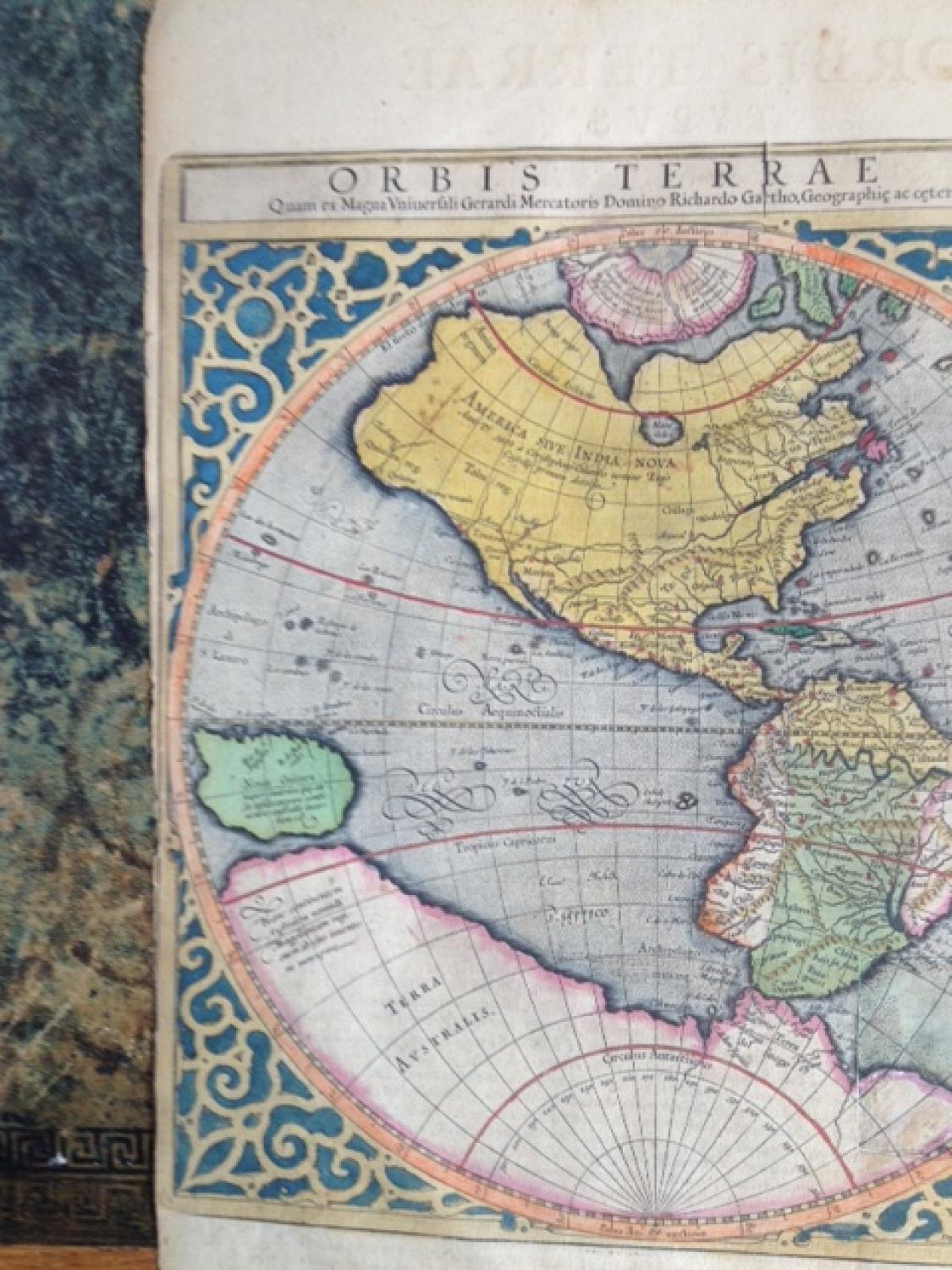 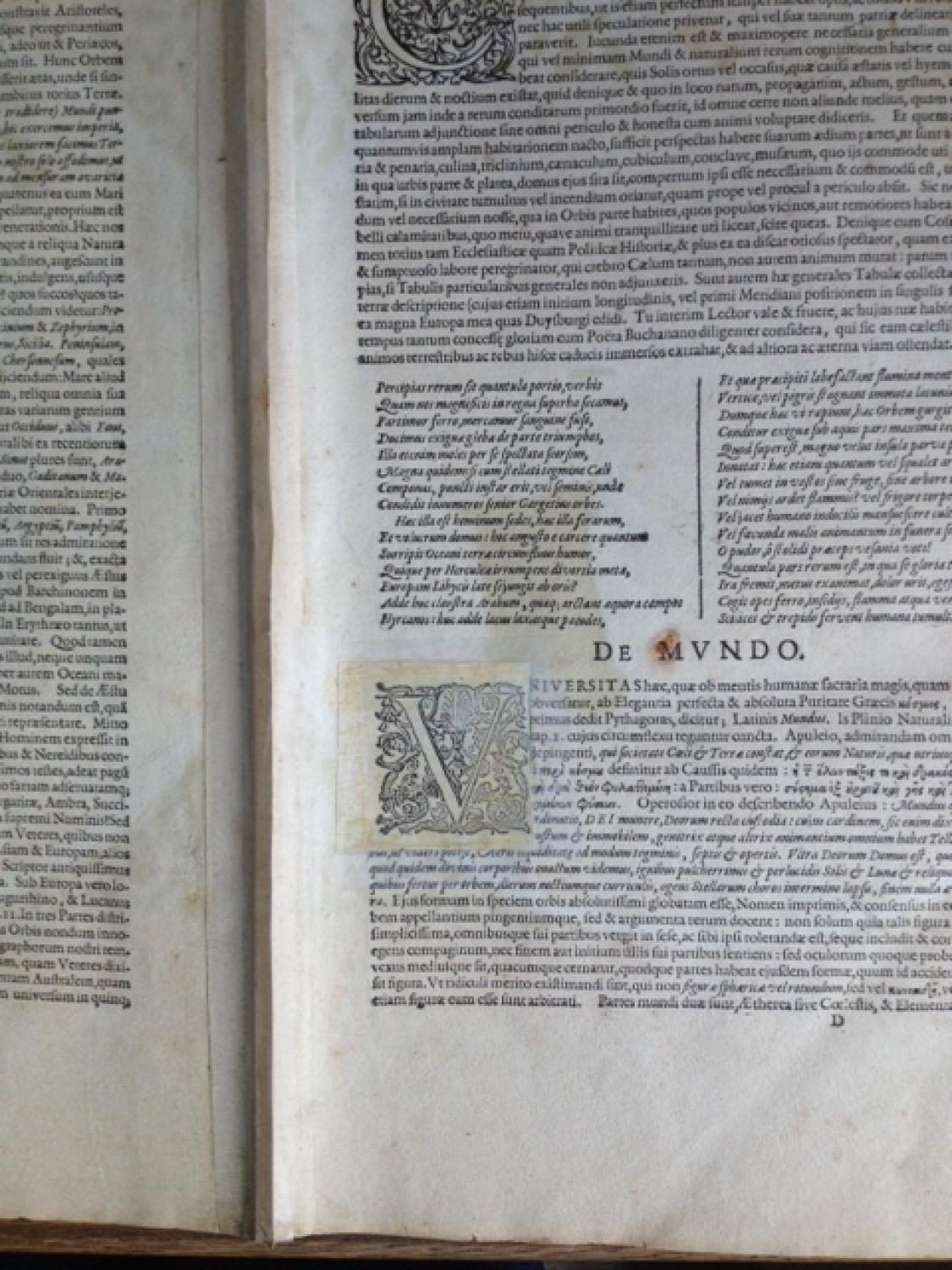