Blome - Generall Map of the Kingdom of France

Title: 'A GENERALL MAPP of the KINGDOM of FRANCE Designed by Monsieur Sanson, Geographer to the French King, and Rendred into English by Ric:Blome By his Majeties Especiall Command
Londo. Printed for Ric:Blome 1669"

Below the cartouche:"Francis Lamb Sculp"

This old map is an English edition of the French Sanson map and dates from the Restoration Period. In fact, the King entered into the secret Treaty of Dover with his cousin the King of France in the following year, 1670.

The cartouche displays the arms of the Earl, afterwards Duke, of Bedford who was painted at different ages by Van Dyck.

Good condition, and mounted on old paper with several small repairs. Mounted and ready to frame. 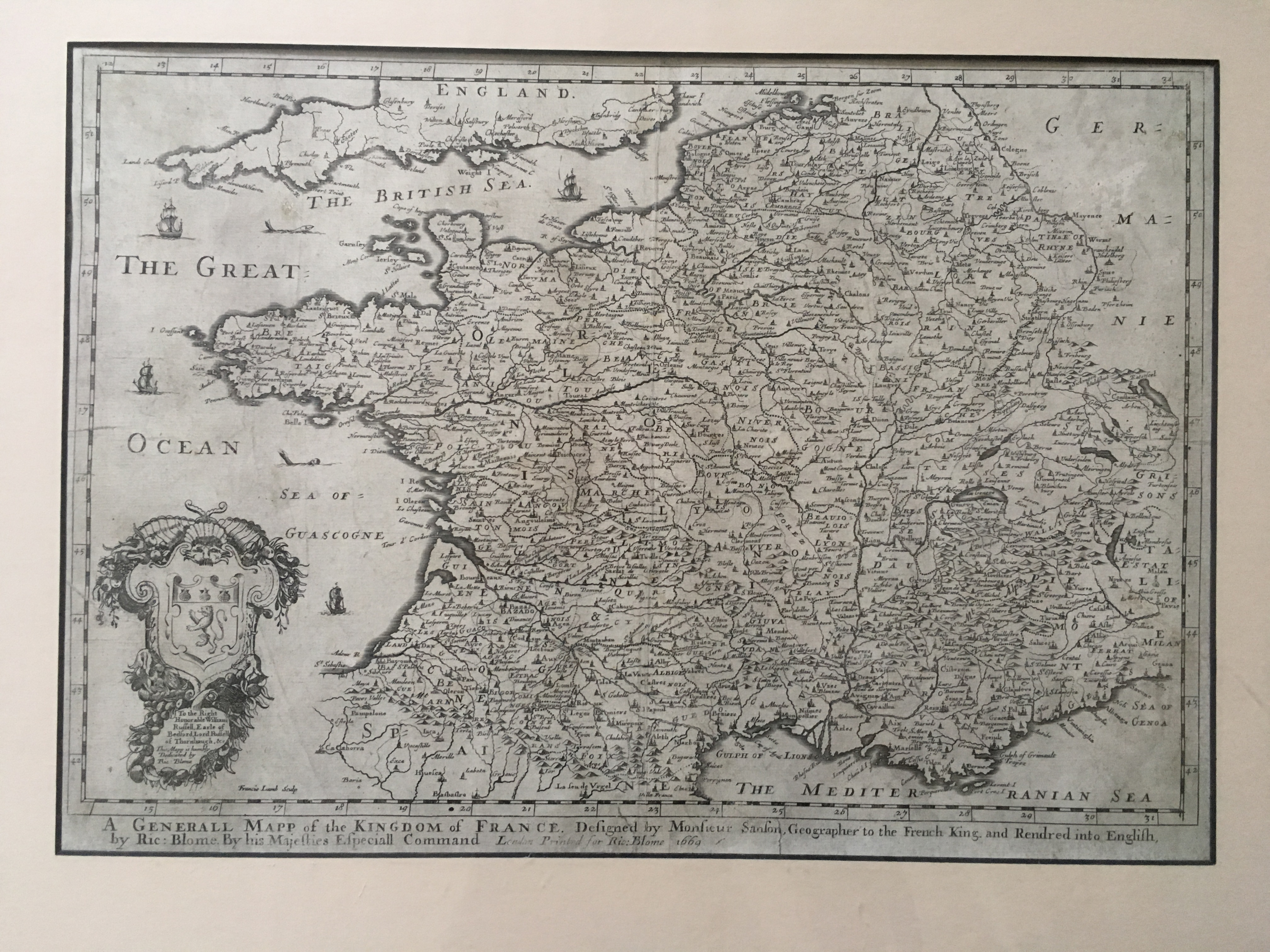