A charming woodblock map of the Middle East, including the Arabian Peninsula from the German edition of Munster's "Cosmography".

In very good condition, with overall toning and a repaired tear in the lower margin that just crosses the map border. A surface abrasion affects a small patch of the sea area. 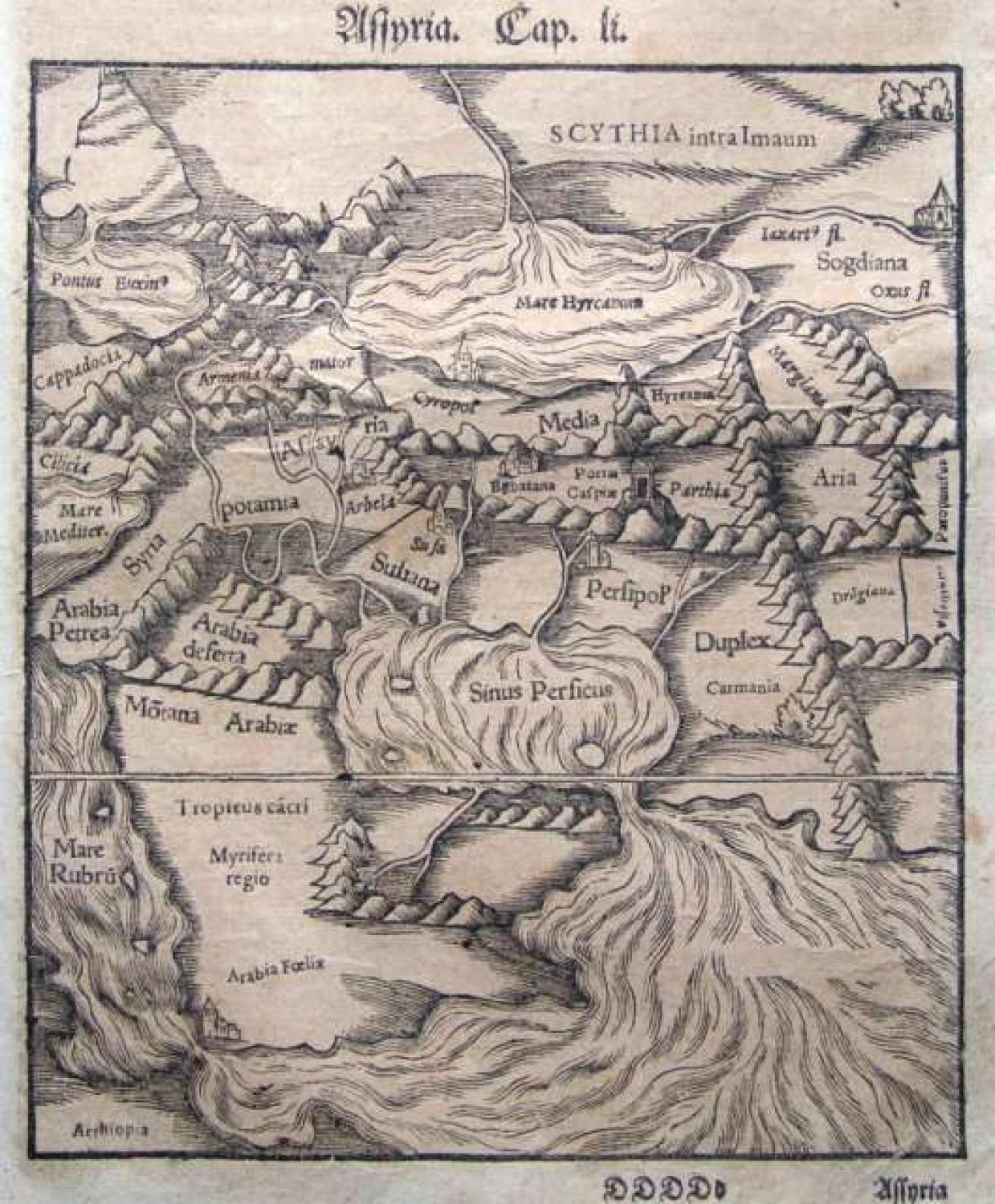 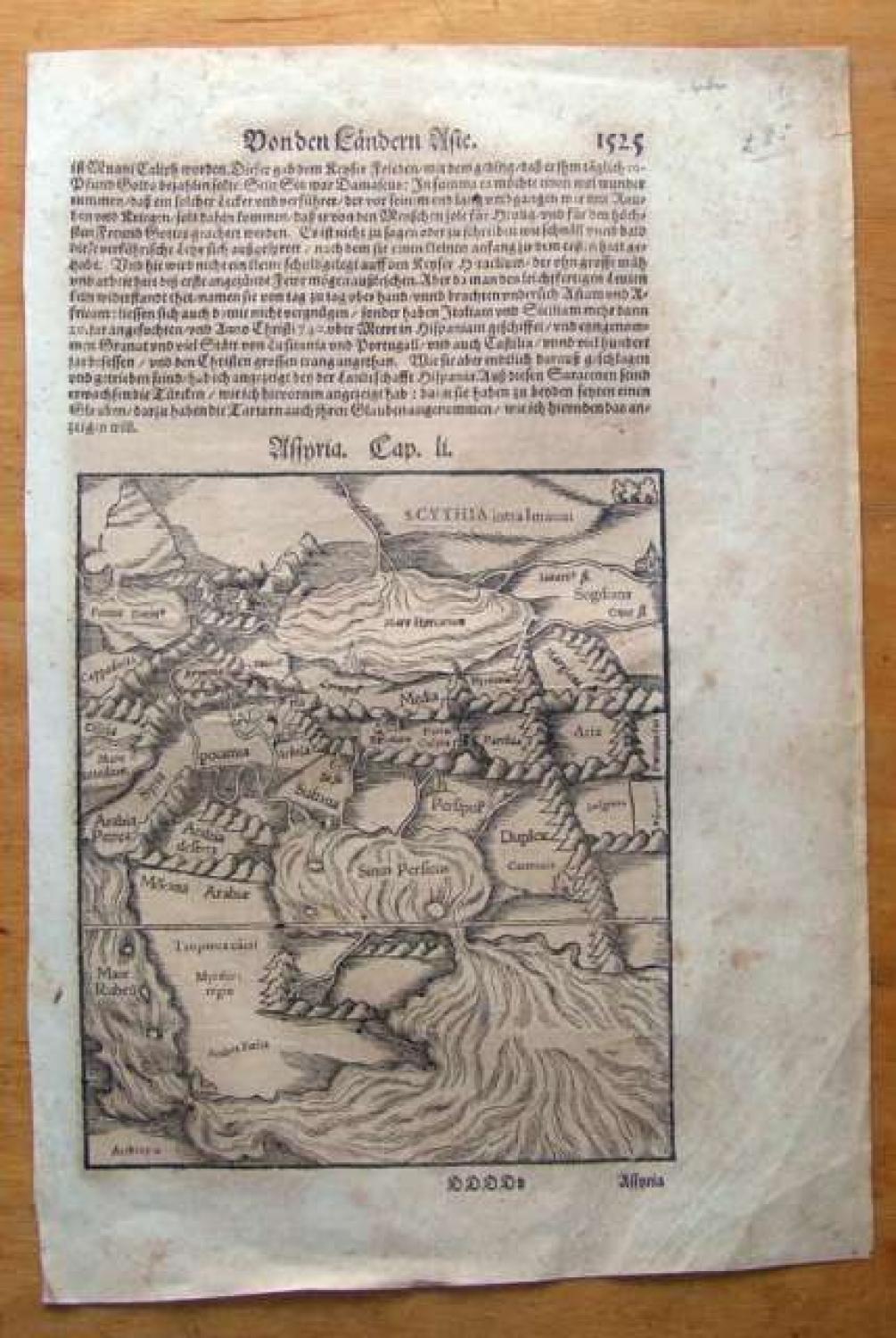