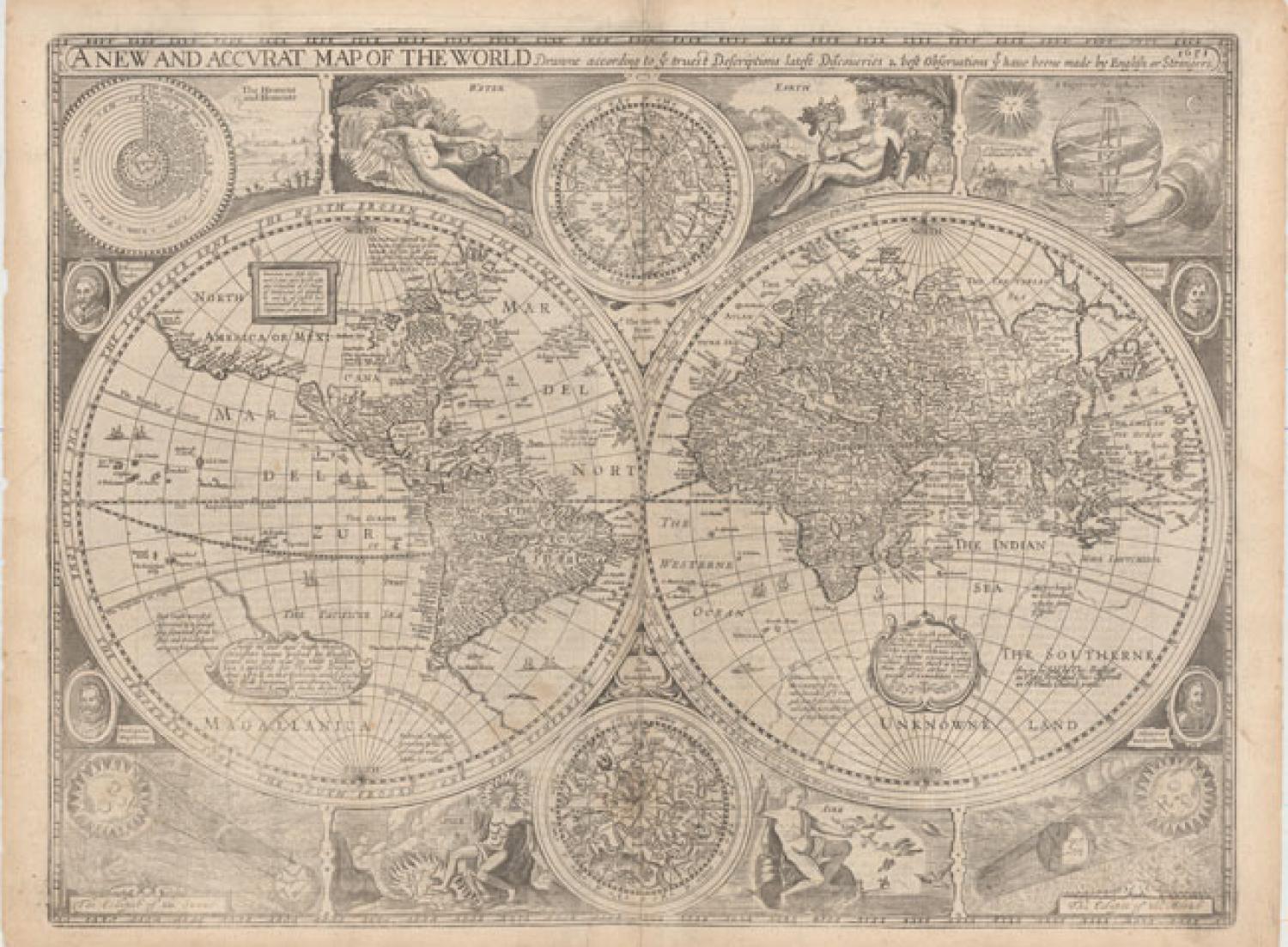 Speed - A new and Accurat Map Of the World

Title; 'A New and Accurat Map of the World Drawne According to ye Truest Descriptions Latest Discoveries & Best Observations yt Have Beene Made by English or Strangers'

Publication: A Prospect of the Most Famous Parts of the World…

This desirable and beautiful double-hemispheric world map carries the imprint of Bassett & Chiswell. The map is dated 1651 but it was known to be published in 1676 with this imprint. This map is based on William Grent's rare, separately issued map of 1625 (Shirley #313). It is considered one of the earliest published world maps to be printed in English, and is the first atlas map to show the cartographic curiosity of California as an island, which persisted for nearly 100 years. It was also one of the first to show the settlement of New Plymouth. The coastline in North America is blank east of California and swings wildly to the west in the northern regions of Canada and Alaska. The Straits of Magellan are inaccurately shown and Tierra de Fuego is left open to the west. The Southerne Unknowne Land shows the large conjectured continent covering much of the southern hemisphere. The map is beautifully engraved and highly detailed throughout. The engraver is unknown but Shirley acknowledges it was most likely Abraham Goos. This highly decorative production is surrounded by two celestial hemispheres, figural allegorical representations of Water, Earth, Air and Fire, plus portraits of Ferdinand Magellan, Oliver vander Noort, Thomas Cavendish and Sir Francis Drake. The corners are filled with an astronomical table, an armillary sphere, and eclipses of the sun and moon. With several lengthy notes including comments on the South Pole and the Straits of Magellan, Sir Francis Drake and others. Related English text on verso is "The generall Description of the World." Shirley says this map was not as widely disseminated as those from contemporary Dutch cartographers and was uncommon outside the UK. Consequently its "rarity value" continues to increase.