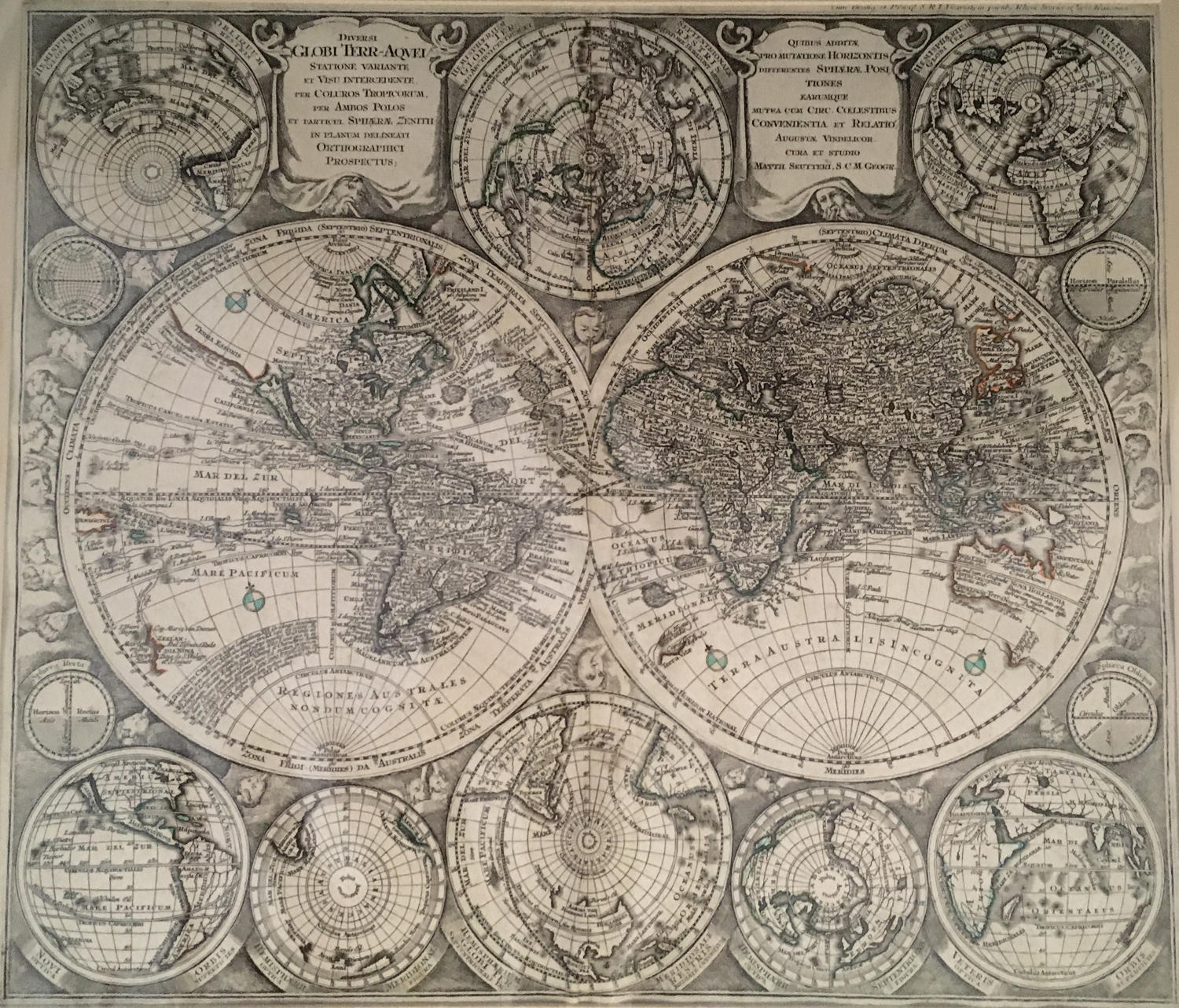 In very good condition,  old script in the top right margin. Bright and clean with good margins, phograped in a mount.

Mattheus Seutter, one of the most important German map publishers and globe makers in the first half of the 18th century, created this world map following Carel Allard's world map of 1696. It was included in the 1730 edition, as well as later editions, of his Atlas Novus. See Shirley 578. 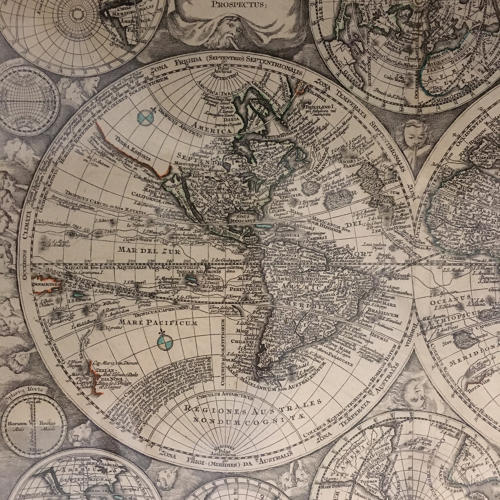 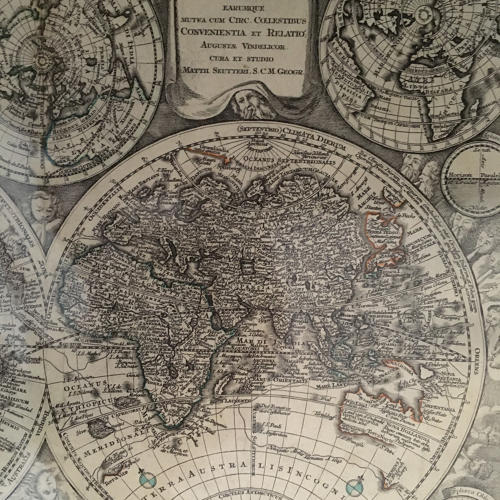