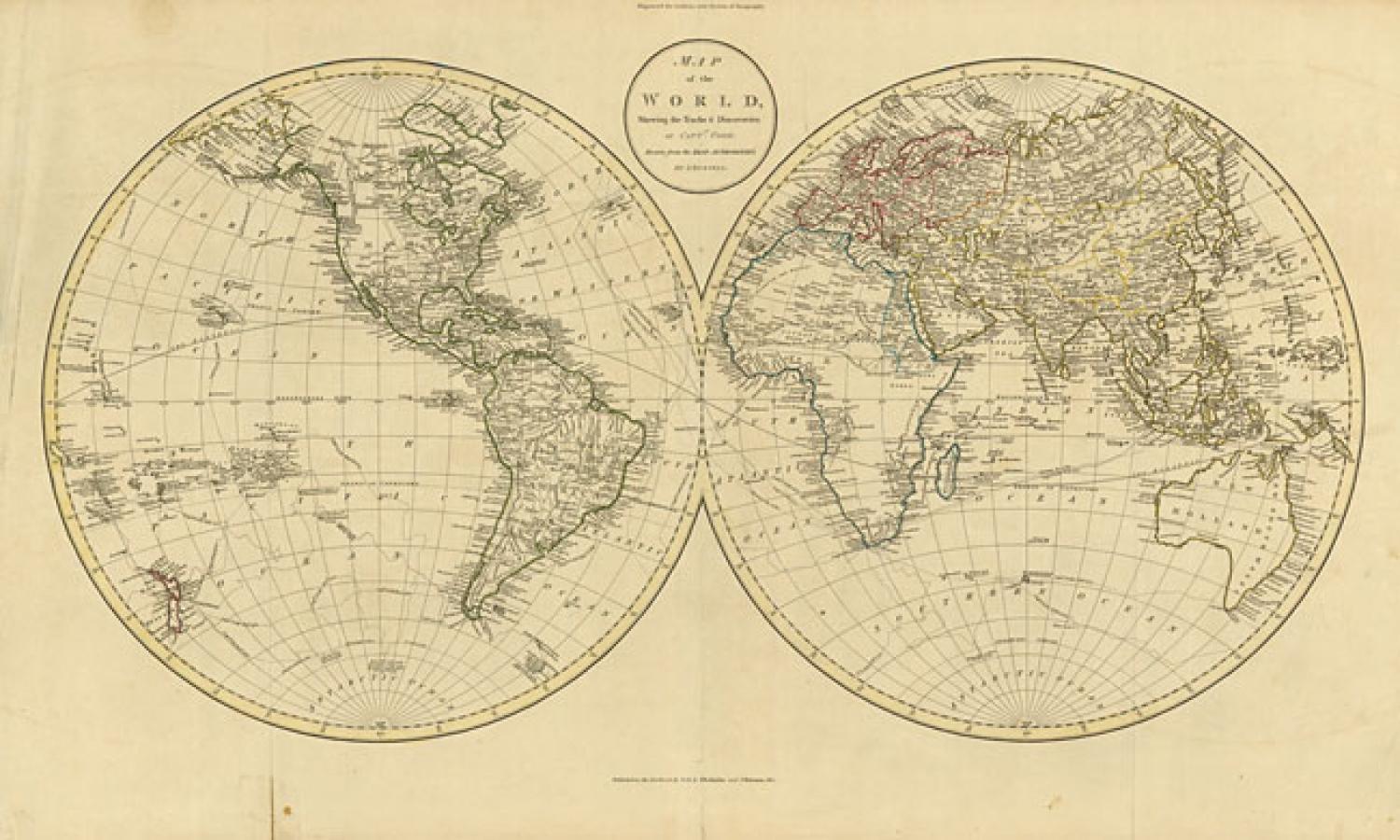 Russell - Map of the World

Title: 'Map of the World, Shewing the Tracks & Discoveries of Capt. Cook Drawn from the Best Authorities, John Russell, from Guthries's New System of Geography', 1801.

Attractive double-hemisphere world map depicting the discoveries of Captain Cook. Alaska is depicted in a fairly accurate shape and the Hawaiian Islands are prominently shown. The South Pacific is filled with islands and New Zealand is fully formed. Tasmania is still attached to Australia, but the eastern coastline reflects Cooks discoveries. There are numerous notations throughout concerning the sighting of the three Cook voyages.

In very good condition. Original outline colour with faint toning and a couple of repaired fold separations in the bottom margin.