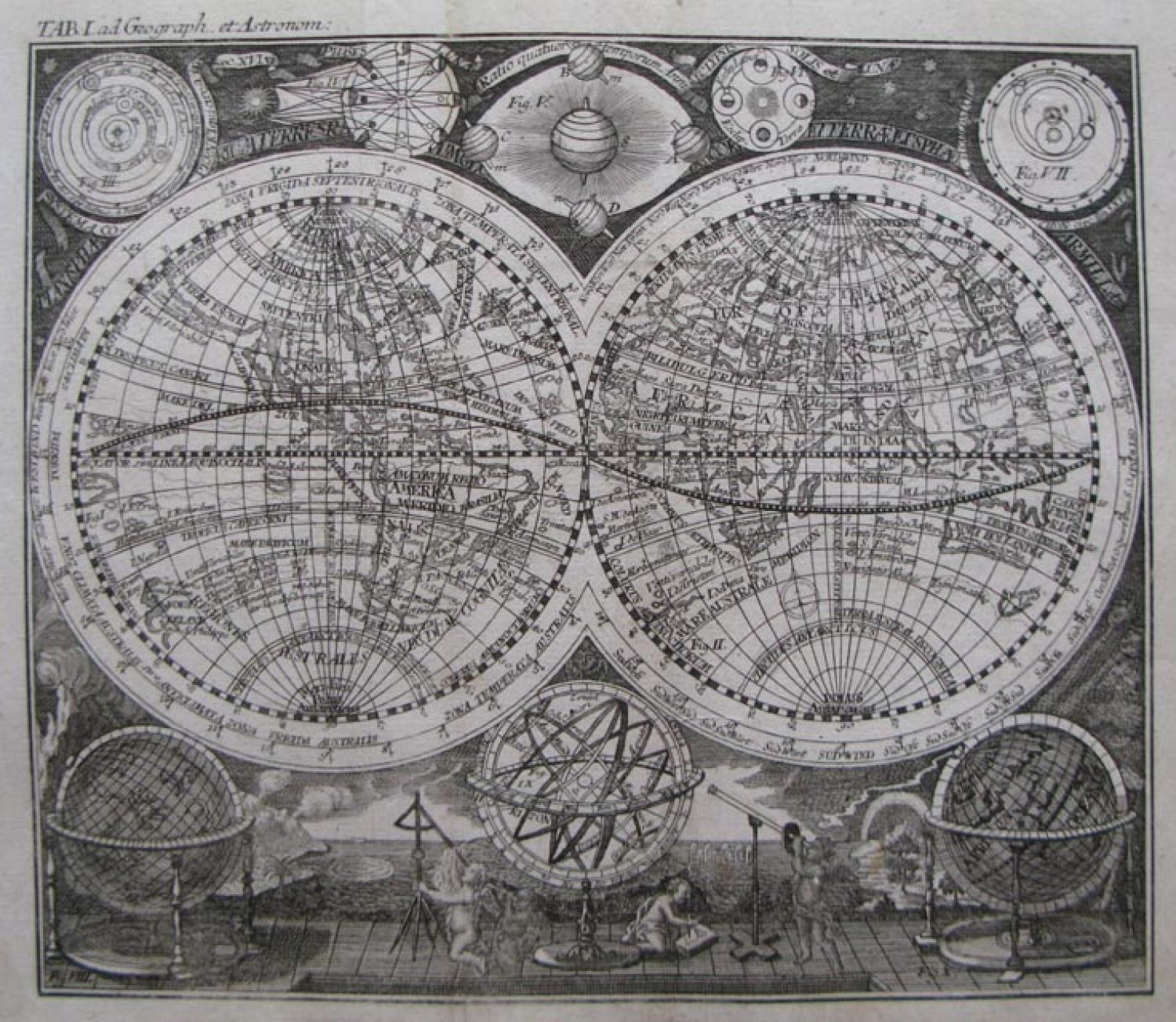 A small and very decorative double hemisphere map. California is depicted as an Island with a flat northern coast. Australia includes the western and northern coasts and the discoveries of Van Diemen. There are numerous Pacific islands including much of the western coastline of New Zealand. Five astronomical diagrams decorate the top of the map. At the base are a pair of globes and an armillary sphere, which is surrounded by putti using a variety of scientific instruments. The background is taken from a map by Homann displaying natural phenomenon such as volcanoes, whirlpool, earthquake (shown as a tidal wave), waterspouts, sun-set and a rainbow. 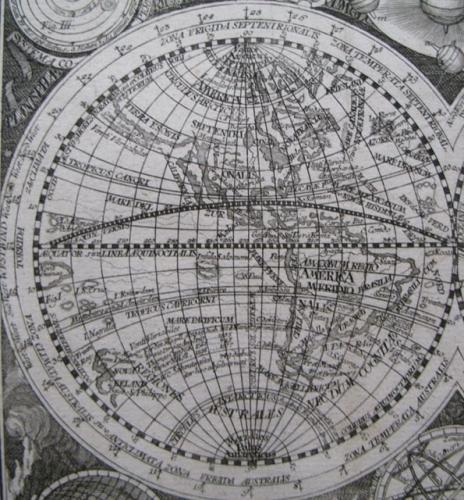 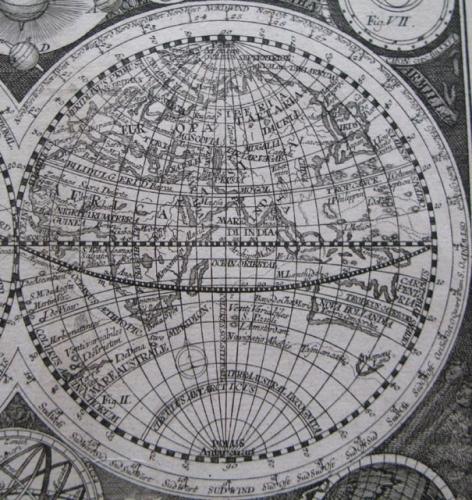