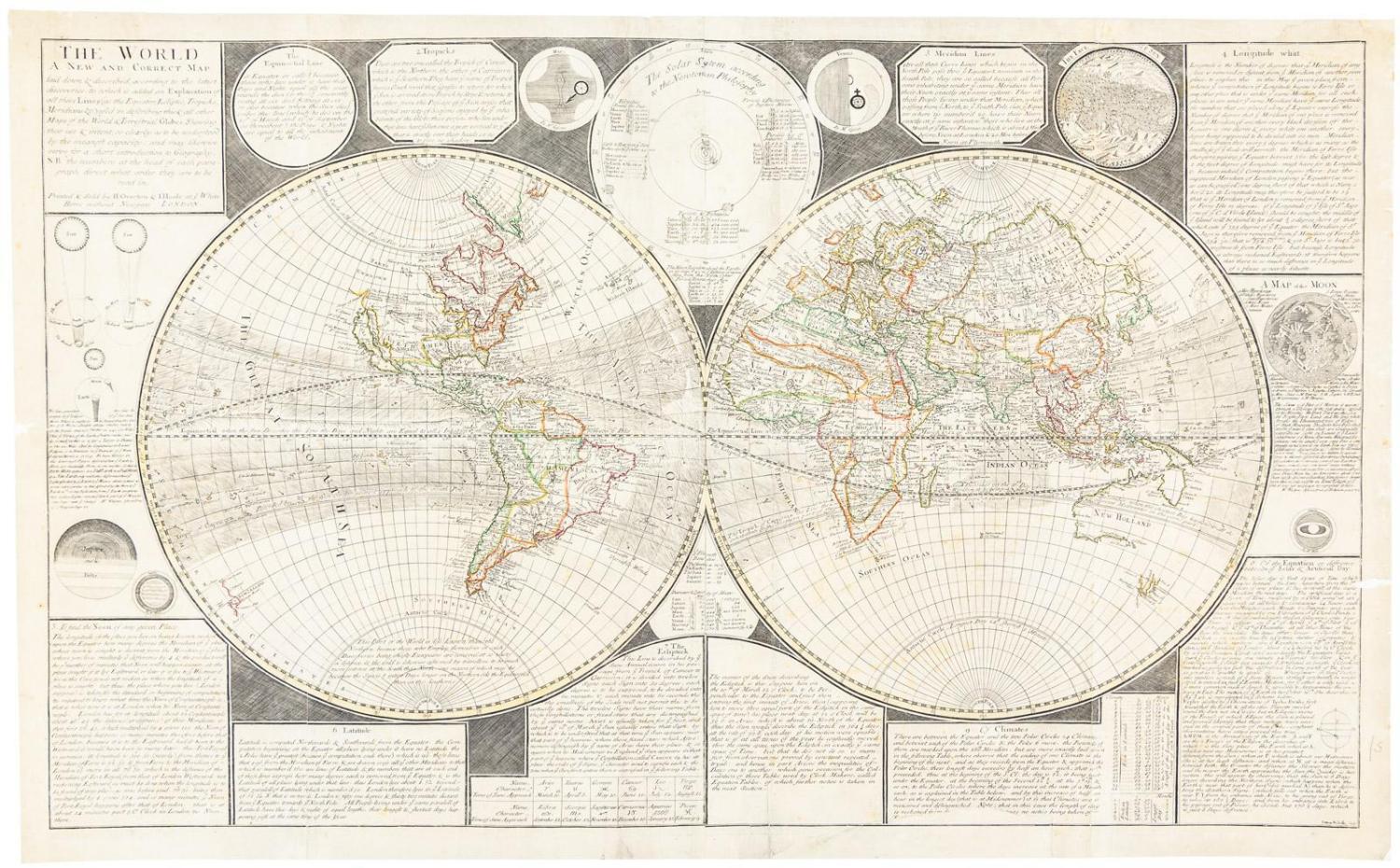 Overton / Hoole - The World: A New and Correc

Title: 'The World: A New and Correct Map laid down & described according to the latest discoveries, to which is added and Explanation of all these Lines (as the Equator, Ecliptic, Tropiks, Meridians &c.) used in describing this & all other Maps of the World & terrestrial Globes...'

A very rare map of the world, with California an island. The trade winds are show, and the text surrounding the map has information on navigation, determining longitude and latitude, climate, etc. There are small surface maps of Mars, Venus, Saturn, Jupiter, the Moon, and the Sun, and a diagram of "The Solar System according to the Newtonian Philosophy."

In very good condition: expertly backed with linen (or silk), repairing some tears and some minor loss in lower margin, which affects a small area of text.

References: World, British Museum Cat, p 545 with date [1738]; but title begins with A New and Correct Map of the world; this is probably map Potter had in list of 2/94,  apparently an earlier issue without Houle's name. The map is similar but with more text on map and the surrounding material is different, though some of the diagrams are the same.

Armitage / Baynton-Williams 'The World At Their Fingertips' - map 12.