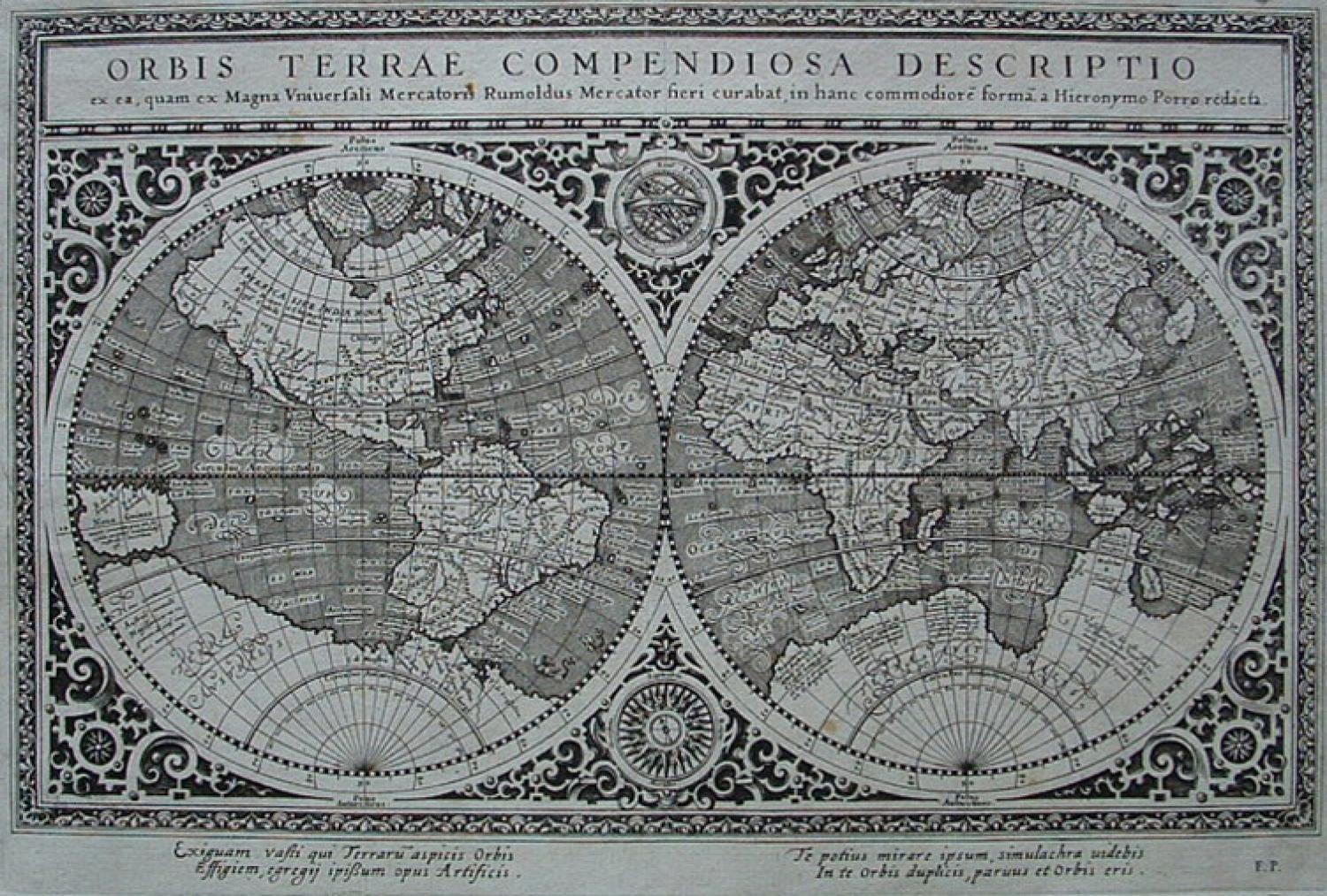 Magini's map of the World, from his 1598 edition of Ptolemy. Magini's Ptolemy included 4 world maps, including an ancient world map, two classic Lafreri style maps and this modern double hemisphere world map, based upon Mercator's World Map of 1569.

The map portrays a classical late 16th Century view of the World, including a Northwest Passage, an unusual depiction of the North Pole, a massive Terrae Australis, a narrow passage between South America and Terrae Australis, and a bulging western portion of South America and unusual treatment of North America. Placenames mentioned by Marco Polo in Asia are present, as are several of the mythical islands of the Atlantic. 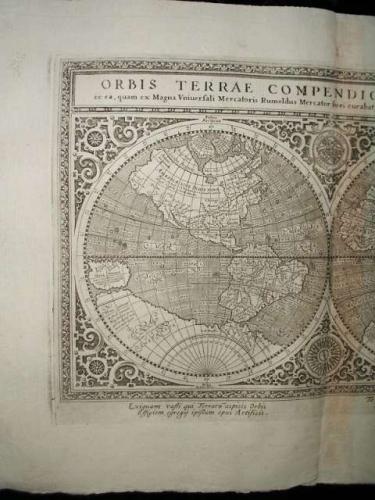 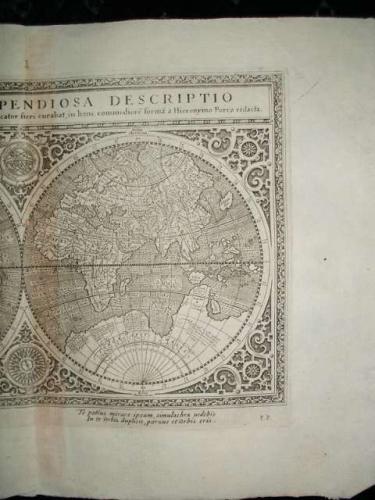 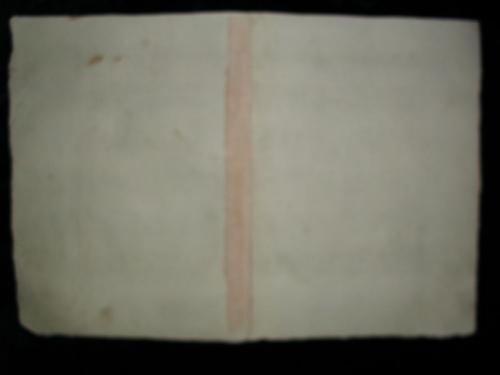