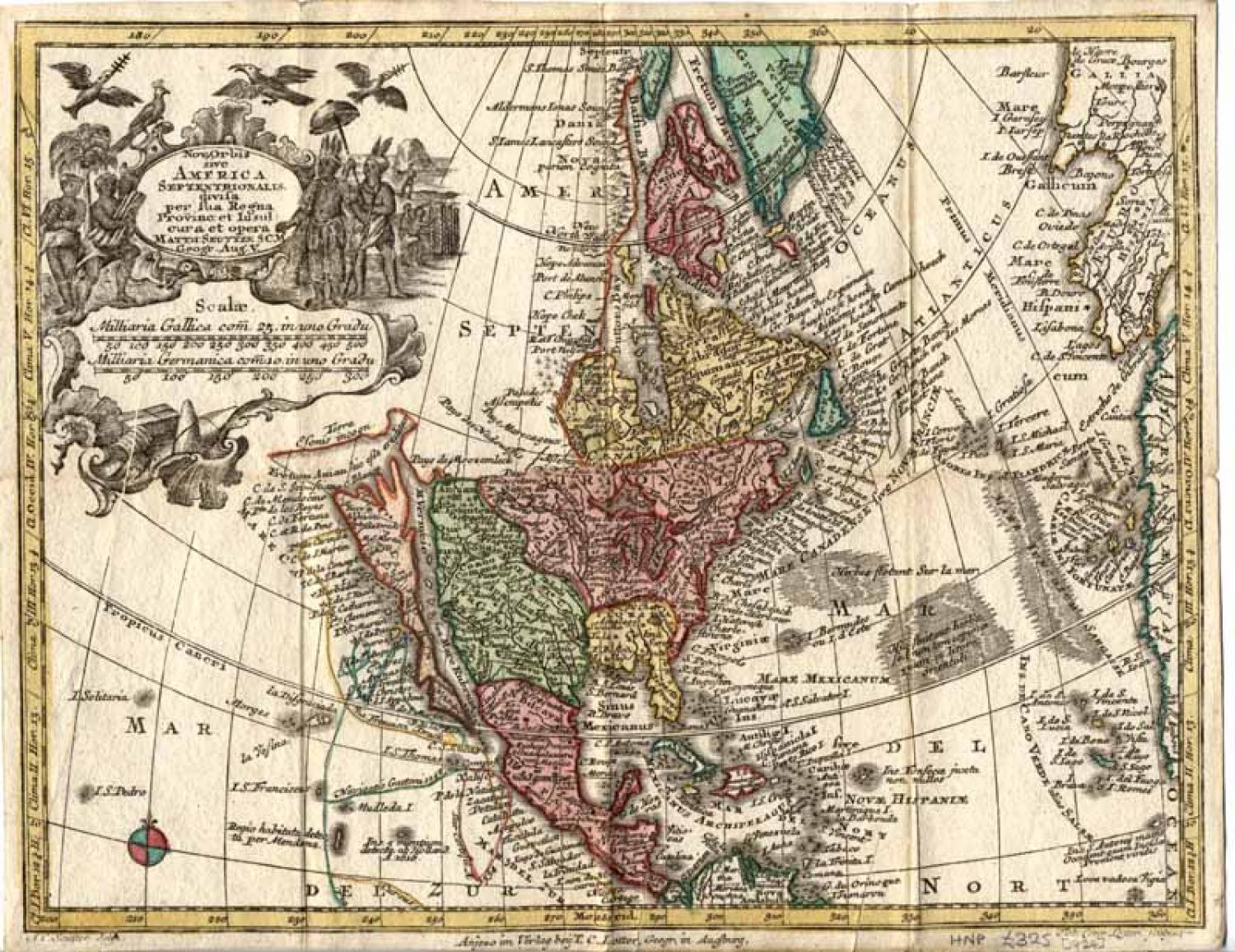 A very interesting map of North America with a rather late view of California as an Island. Perhaps the last map of California as an island to present a major cartographic change. The island narrows almost to a point in the southern portion of the island, following the theory introduced by Father Louis Velarde. The Hudson Bay is portrayed as a long narrow waterway that connects with Baffin Bay. There is an ornate cartouche at the top left, with a depiction of indigenous peoples.

A decorative "slender" view of South America. Numerous place-names not only mark the coastal features but also most of the interior and the tracks of several important voyages in the Pacific are also shown, along with names of navigators and dates. The title and scale-bars are contained within a large ornate cartouche at lower left.

Seutter's very detailed and decorative map of Asia with an interesting depiction of Japan.

A beautiful reduction of Seutters large map of Africa from 'Atlas Novus'. This smaller map appears to have lost none of the detail of it's larger predecessor.

A detailed engraving of the European continent with a wealth of information.

The maps are in very good condition with original wash and outline colour. North America has some minor folds as issued. 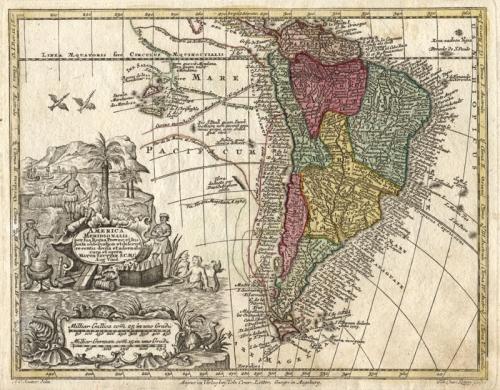 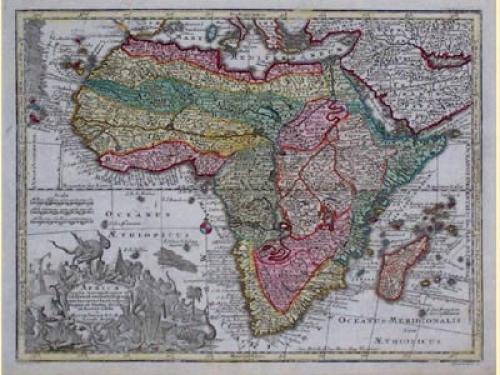 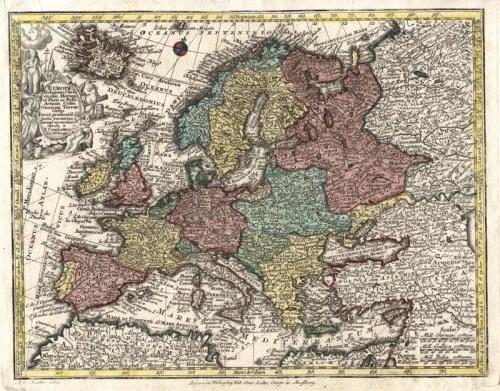