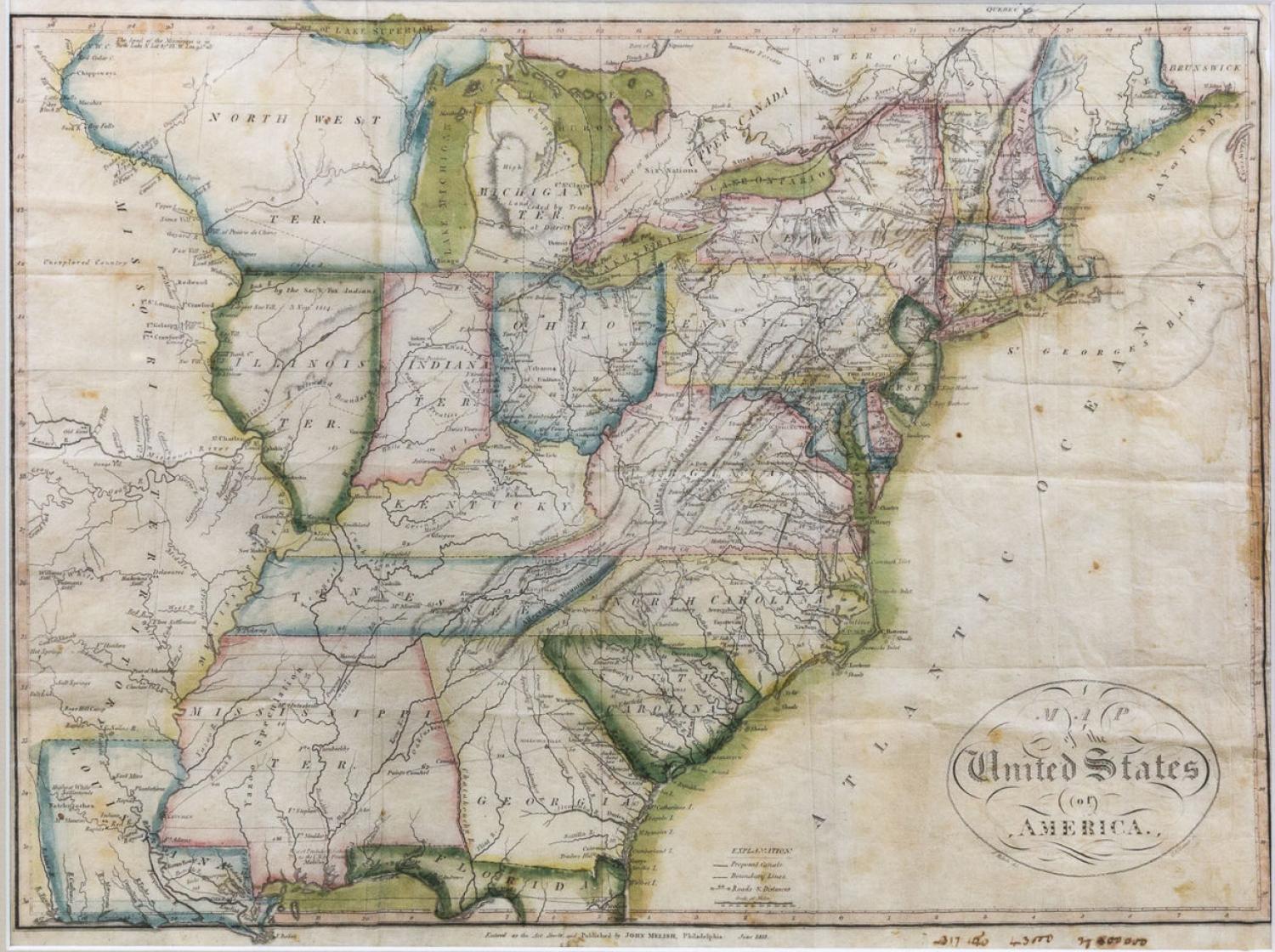 Melish - Map of the United States of America

Title: 'A Map of the United States of America'.

A very early edition has the script title in a simple border of interlocking chains. The map extends west to include all of Louisiana and part of the huge Missouri Territory. It provides a good view of the first 300 miles of the Missouri River based on information from the expeditions of Lewis & Clark, Pike, Humboldt and others. The only state shown west of the Mississippi is Louisiana. Above Louisiana, Missouri has good watershed detail south of the Missouri River, but is blank to the north and labeled "Unexplored Country." The early territories of Michigan, Illinois, Indiana are noted as well as the North West Ter. that takes in the area that would become Wisconsin and Minnesota. A notation of Yazoo Speculation in the oversized Mississippi Territory refers to the Yazoo Land Fraud perpetrated in 1789-1796 when the region was part of Georgia. Three companies bribed and intimidated a bill through the Georgia assembly that allowed them to purchase millions of acres of land for next to nothing, resulting in a huge public outcry. The bill's supporters were swiftly voted out of power, and Senator James Jackson took office. He vowed to repeal the Yazoo Act if it cost him his life, saying he would repeal it even if he had to shoot everyone involved in passing it. He didn't have to shoot anyone, and the law was rescinded in 1796. The fact it is shown on a map produced many years later attests to the importance attributed to this fraudulent scheme. Good detail throughout the states with towns and villages, Indian place names, roads and trails, forts and watershed.

In good condition: mild toning and an old note in the margin. Beautiful original colour. 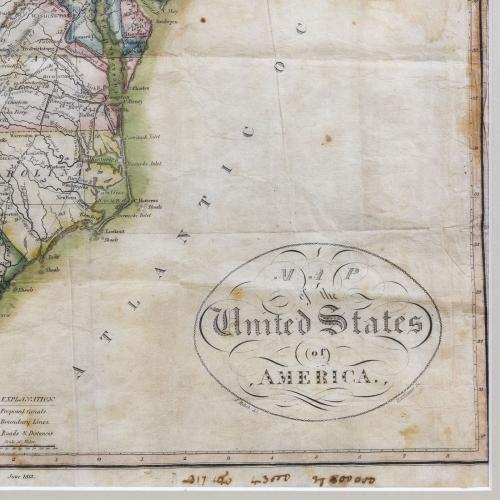