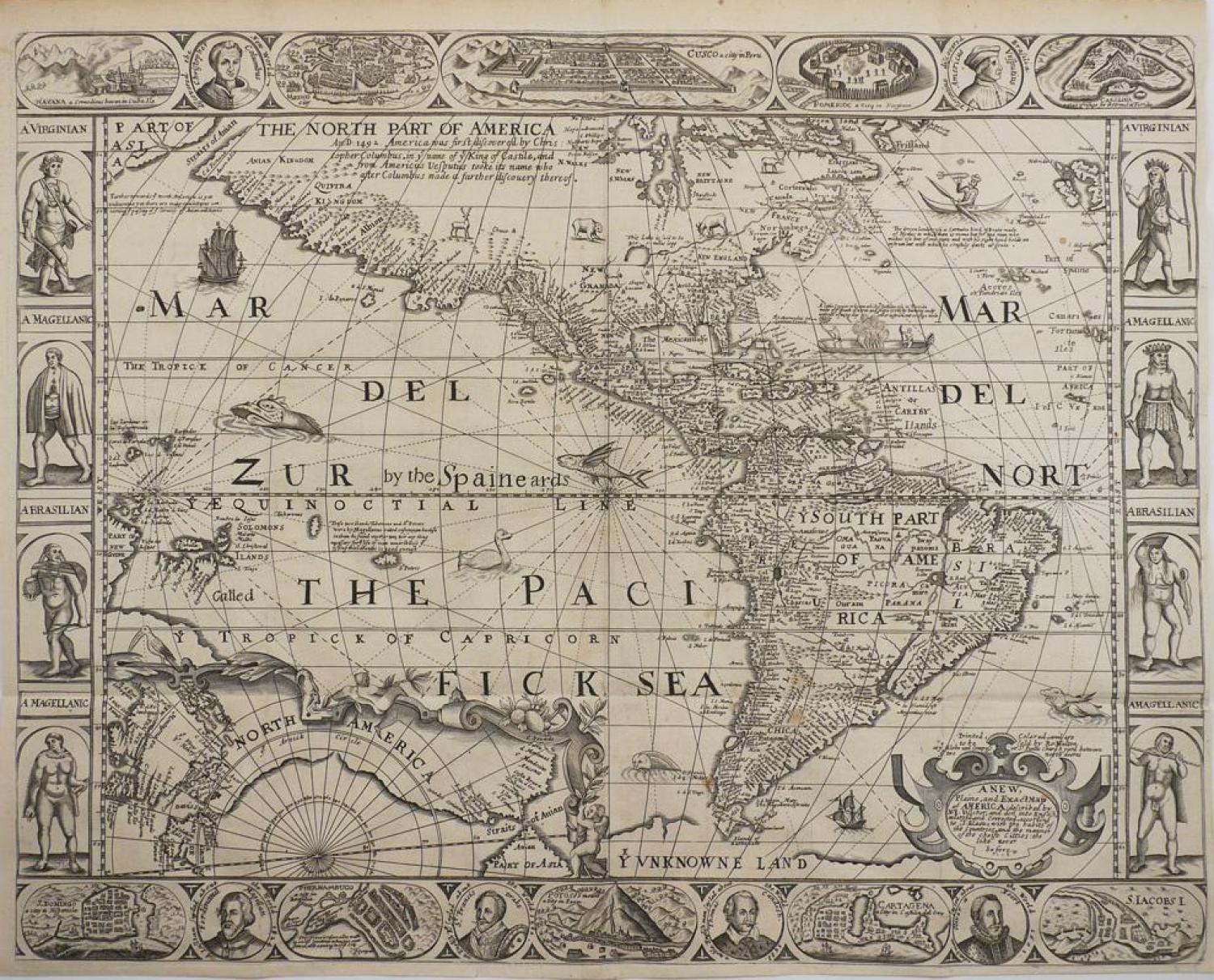 Walton - A New Plaine and Exact Map of Americ

A very rare map with portraits and views on all sides. "Robert Walton was one of a handful of map publishers in London during the 1650s. In 1656 he produced a world map and having clearly perceived a market for a set of the continents, completed them in 1658. [These] rare map[s] [are] not known to have been intended for any book although [they] have been found inserted into examples of Heylin's Cosmographie and Varenius' Cosmography and Geography., ''

The American map is derived from the sixth state of Pieter van der Keere's map issued by Nicolaas Visscher, 1652., The fascinating depiction of California attempts to balance the many theories of the time., A further improvement is the inclusion of Hudson Bay, which was found on the van den Keere but only ever in the inset not in the main body of the map.

Condition: An uncoloured copper engraved map with original folds and with margins cropped close to the plate marks but with no loss of printed surface, a little aged toned, otherwise the maps are in very good original condition on supple paper. A few spots and very minor cracks at the lower fold line on several maps. Binding stubs are on the verso of all maps.