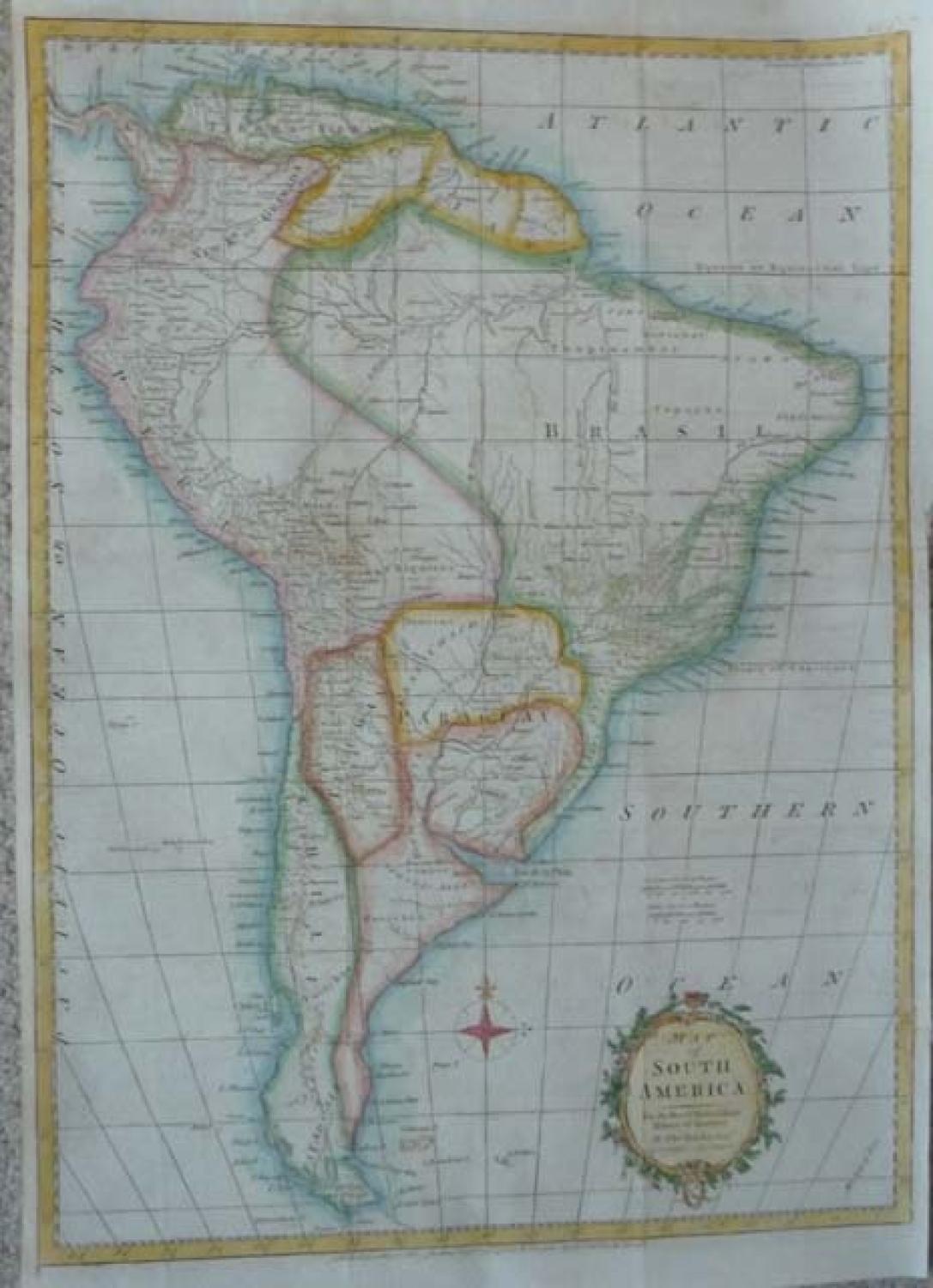 Kitchin - A Map Of South America

Title: 'Map of South America For the Rev Dr. Robertson's History of America' by Thomas Kitchin Hydrographer to his Majesty

In good & clear condition, some light spotting in a few places along with some ghosting. Good paper, blank on reverse. Foldlines as issued.

Thomas Kitchin (1718 - 1784)
Kitchin worked as a publisher and engraver from premises at The Star in Holborn, London. He was an engraver of the highest ability and produced a broad range of books on a variety of subjects as including topographical works. By himself, Kitchen produced a large number of maps of every kind for periodicals such as the London Magazine and for books on history and antiquities. He is probably best known though, for his partnership with Emanuel Bowen with whom he published, in 1755, 'The Large English Atlas' which contained the finest county maps of the 18th.Century