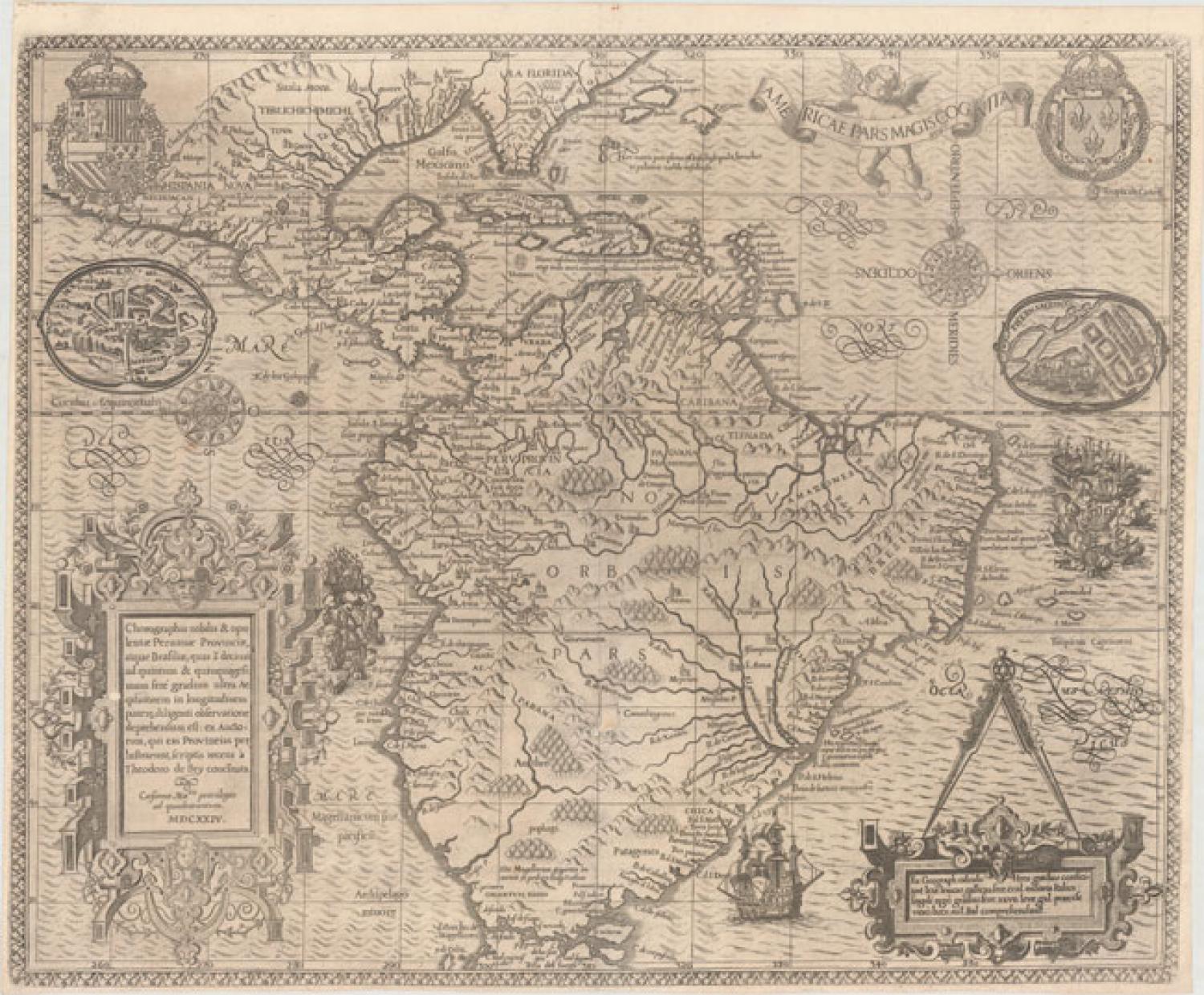 A beautiful map focusing on the Spanish possessions in the Americas, this map covers what is the present-day southern United States through South America. It was published to accompany the accounts of the voyages of Johann van Stadden and Jean de Lery. The cartography is drawn from de Bry's own map of Florida and the West Indies after Jacques le Moyne. However, there is no easily discernible source for the South American cartography, with its southern regions shown too broad, but not quite bulging as with the Ortelius version. De Bry's extraordinary engraving skill and artful style are very evident with the large elaborate cartouches, coats of arms, two compass roses, sea monster, Spanish galleon and intricate border.

This is the second state, with the addition of plans of the cities of Mexico City and Pernambuco in the top corners just below the coats of arms. This second edition is much more rare than the first edition, being published in Frankfurt in Mercurii Gallobelgici, a political news report printed for fairs in the spring and fall. Due to the ephemeral nature of these news reports, very few have survived. This map was included in the Mercurii shortly after the Dutch invaded Brazil and captured the Portuguese capital of Salvador. In addition to the city plans, a raging sea battle was added off the coast of Brazil.

Condition: Very good, issued folding on watermarked paper with narrow margins, as is common with this map, and a small abrasion in the cartouche at bottom left. There is a 1/4" hole west of the Rio de la Plata that has been closed on verso with the binder's guard and archival tape. There are several additional tiny tears that have also been closed on verso with archival tape.