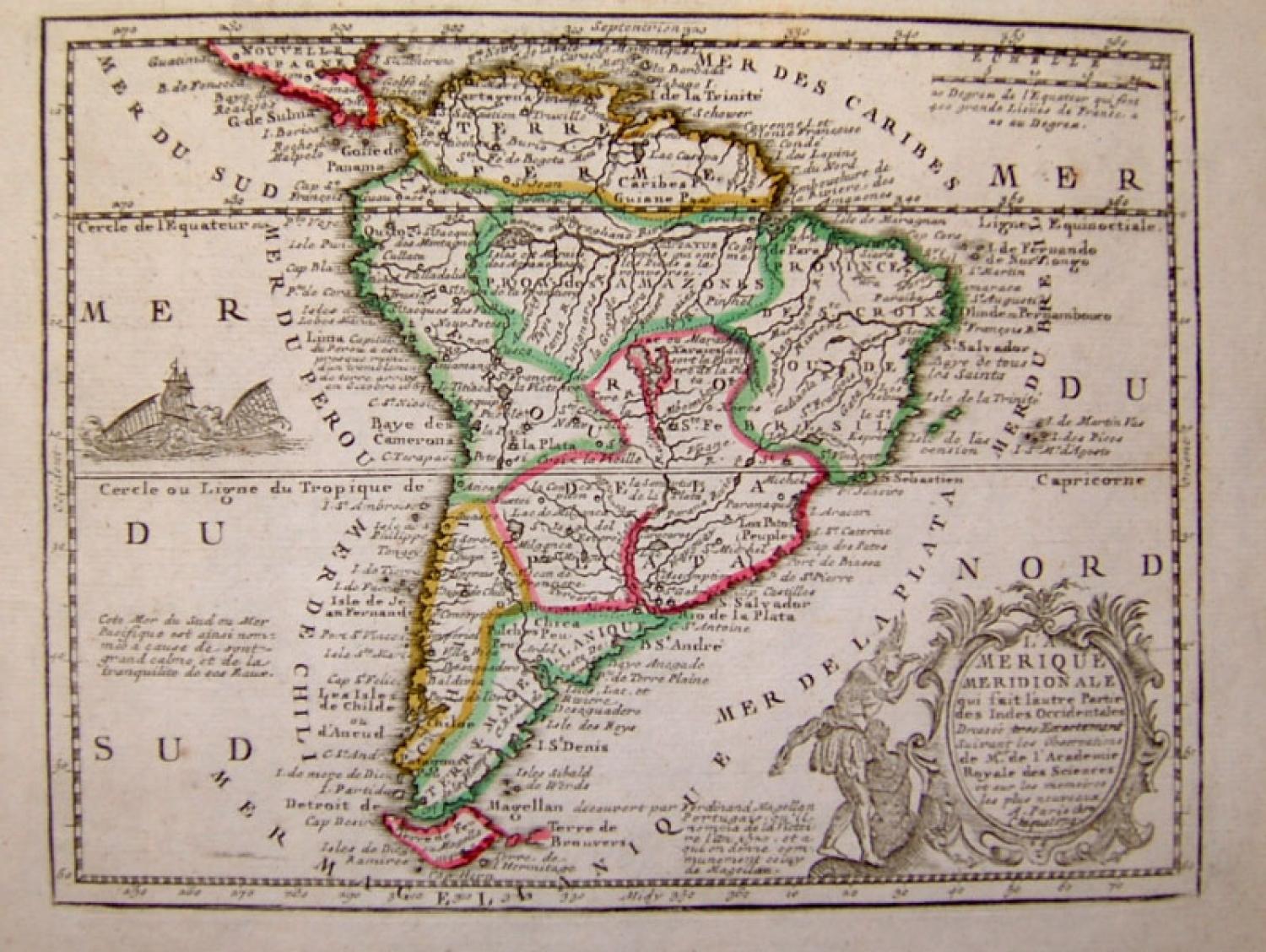 An attractive map of South America with a sea battle being waged off the coast of Peru. In the early eighteenth century, French cartography overtook the Dutch in terms of accuracy and design. Unusually, included with the map is an additional explanatory sheet of the engraving.

Jacques Chiquet (1673 - 1721). French cartographer. He only published two work: a small atlas, called Le Nouveau et Curieux Atlas Geographique et Historique and an atlas of France called Noveau Atlas Francais. Both were published in 1719. Chiquet died shortly after publishing these atlases consequently his works are rare. According to its title, this atlas was intended for the entertainment of emperors, kings, and princes