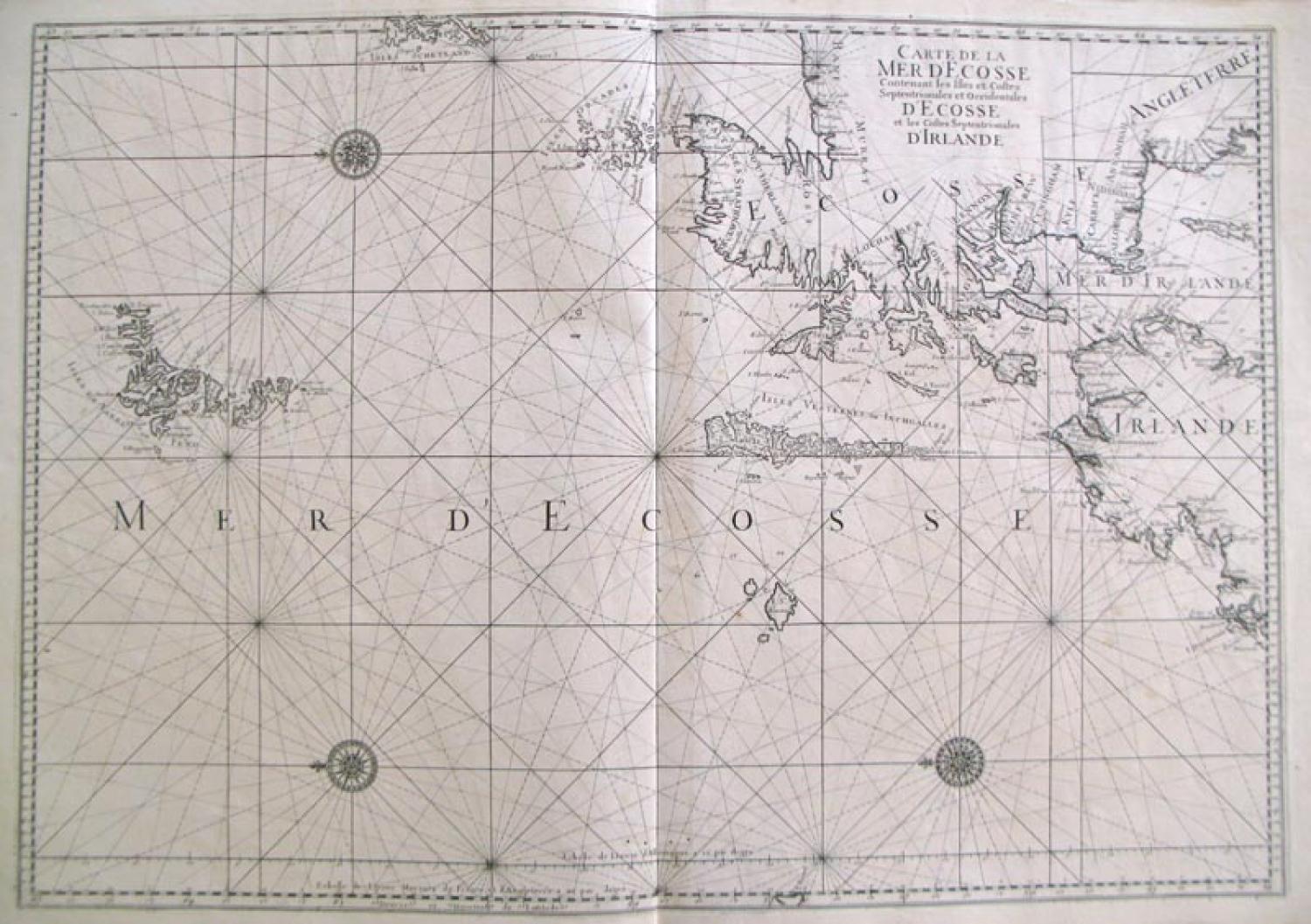 A magnificent chart of of the Scottish and Irish coastlines including the Faeroe Isles. The chart is oriented with north to the left of the page. The map was originally published in the "Neptune Francois" in Paris in 1693 by Alexis Hubert Jaillot and this was soon pirated by Pierre Mortier in Amsterdam and published the same year. This example is from a later publication of the "Neptune Francois" by J.N.Bellin to whom the original plates passed in an official capacity. The chart is crossed by numerous rhumb lines and includes only coastal detail (no inland towns are named). 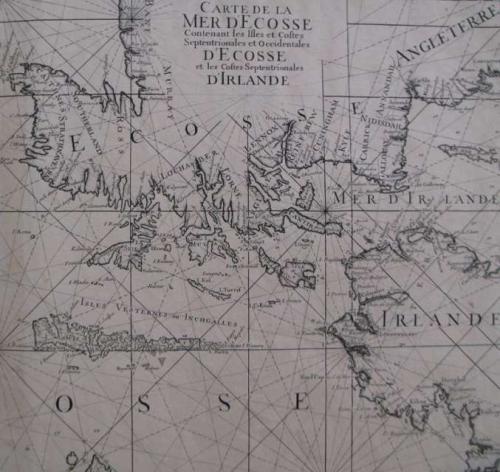 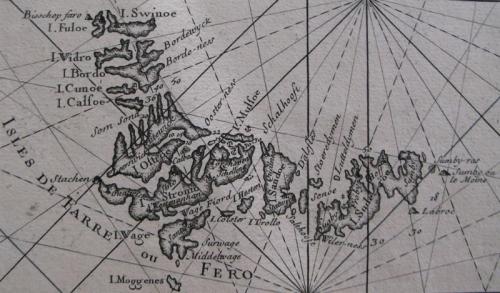