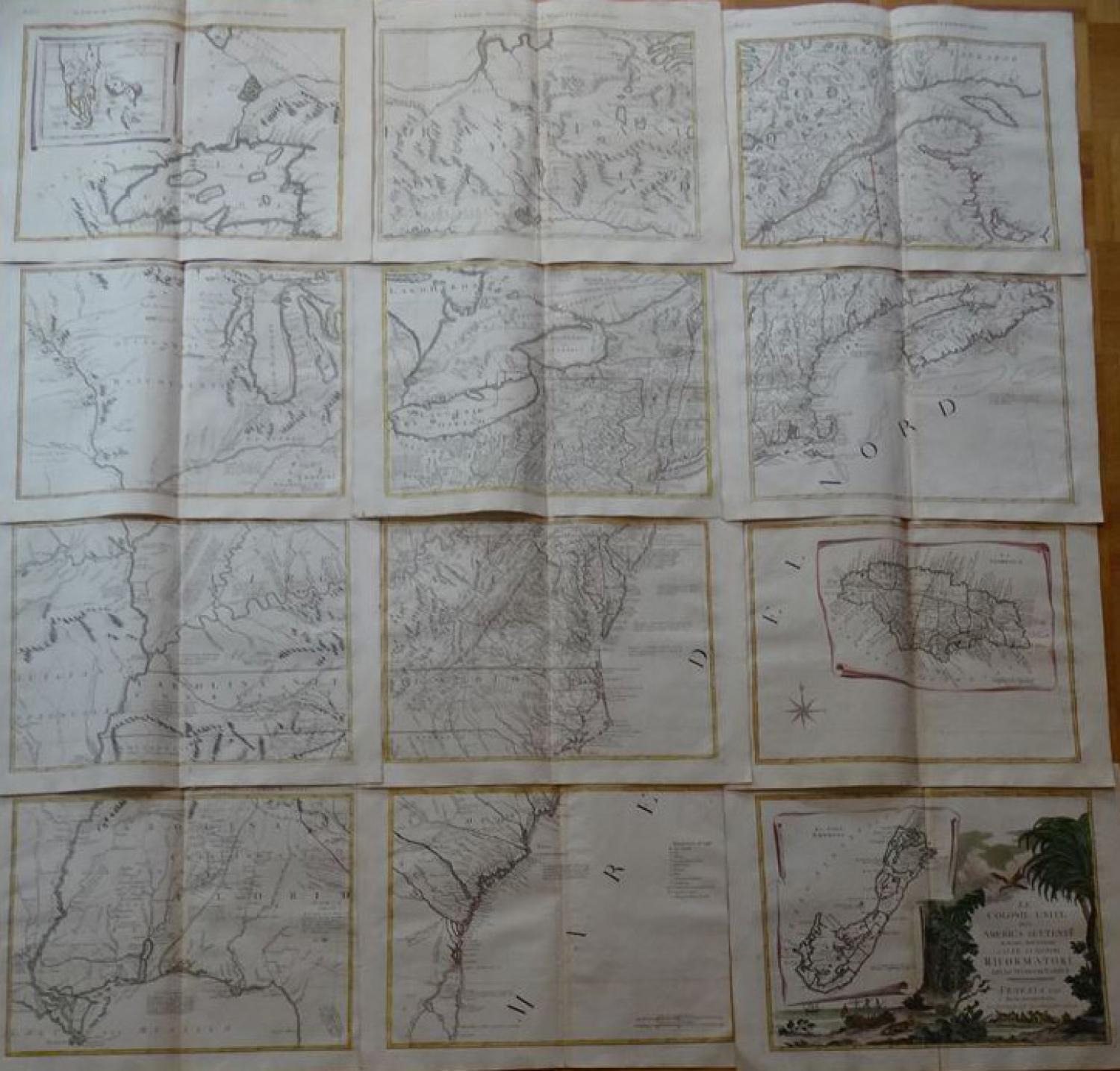 An impressive twelve-sheet map. This is Antonio Zatta's version of John Mitchell's landmark map with some additional notes relating to both the Treaty of 1763 and events in the Revolutionary War. Most importantly, it is the first printed map devoted to the thirteen states, and to use the a name distinguishing them from their previous status as British Colonies. The name 'United Colonies' was used in the Declaration of Independence and was not officially replaced until the Articles of Confederation adopted the name ‘The United States of America.’

The map covers North America west to the Mississippi and Spanish-owned Louisiana, and north to the Great Lakes. The title appears within a large full-color cartouche, which includes a large inset map of Bermuda and fills one sheet. A second inset shows Florida and the Bahamas, and a third features Jamaica. Each sheet approximately 16.5 x 12.5" - 49.5 x 49.5" if joined.

In very good condition with only very minor toning in the margins. 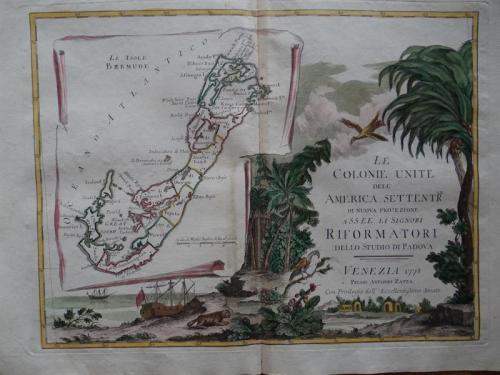 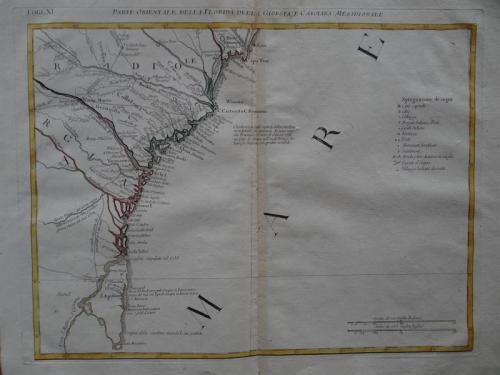 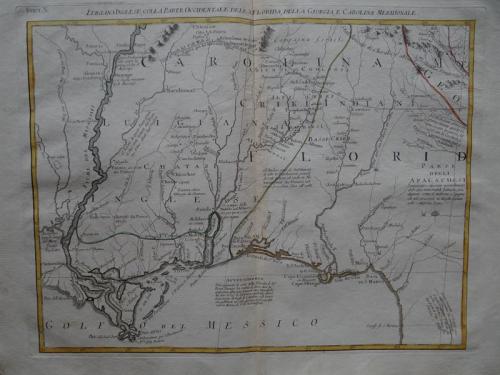 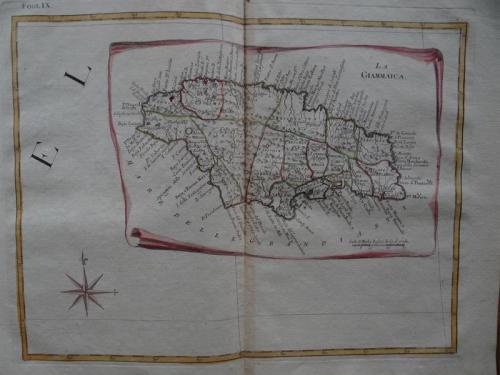 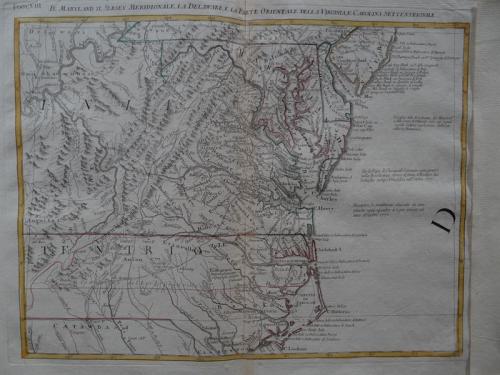 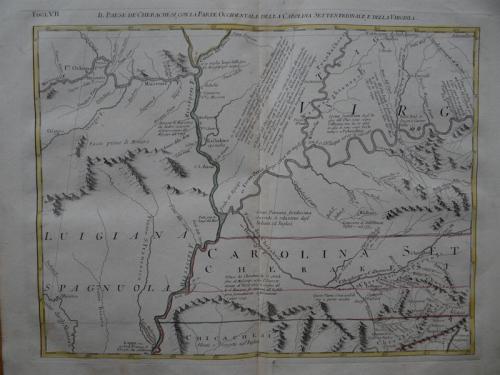 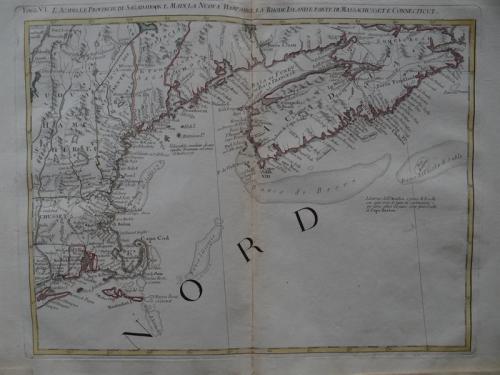 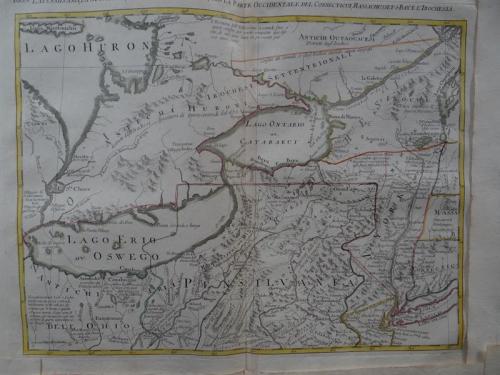 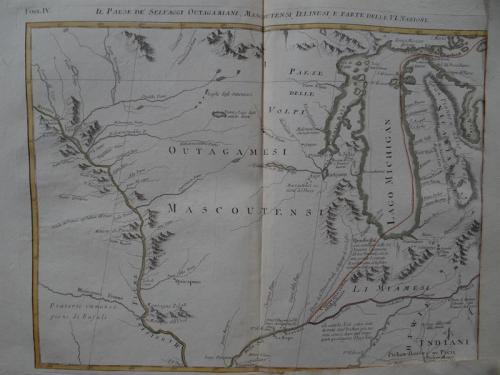 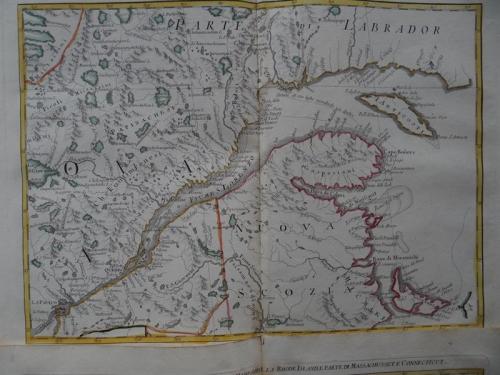 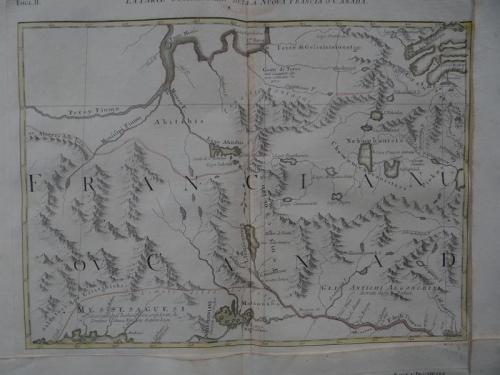 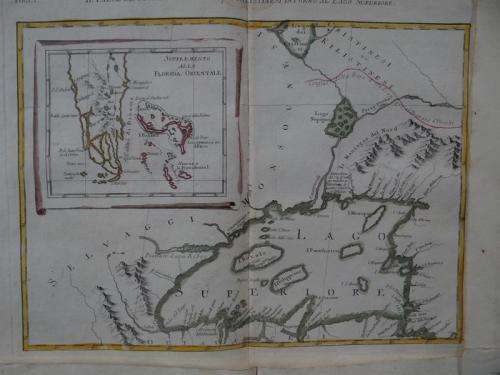