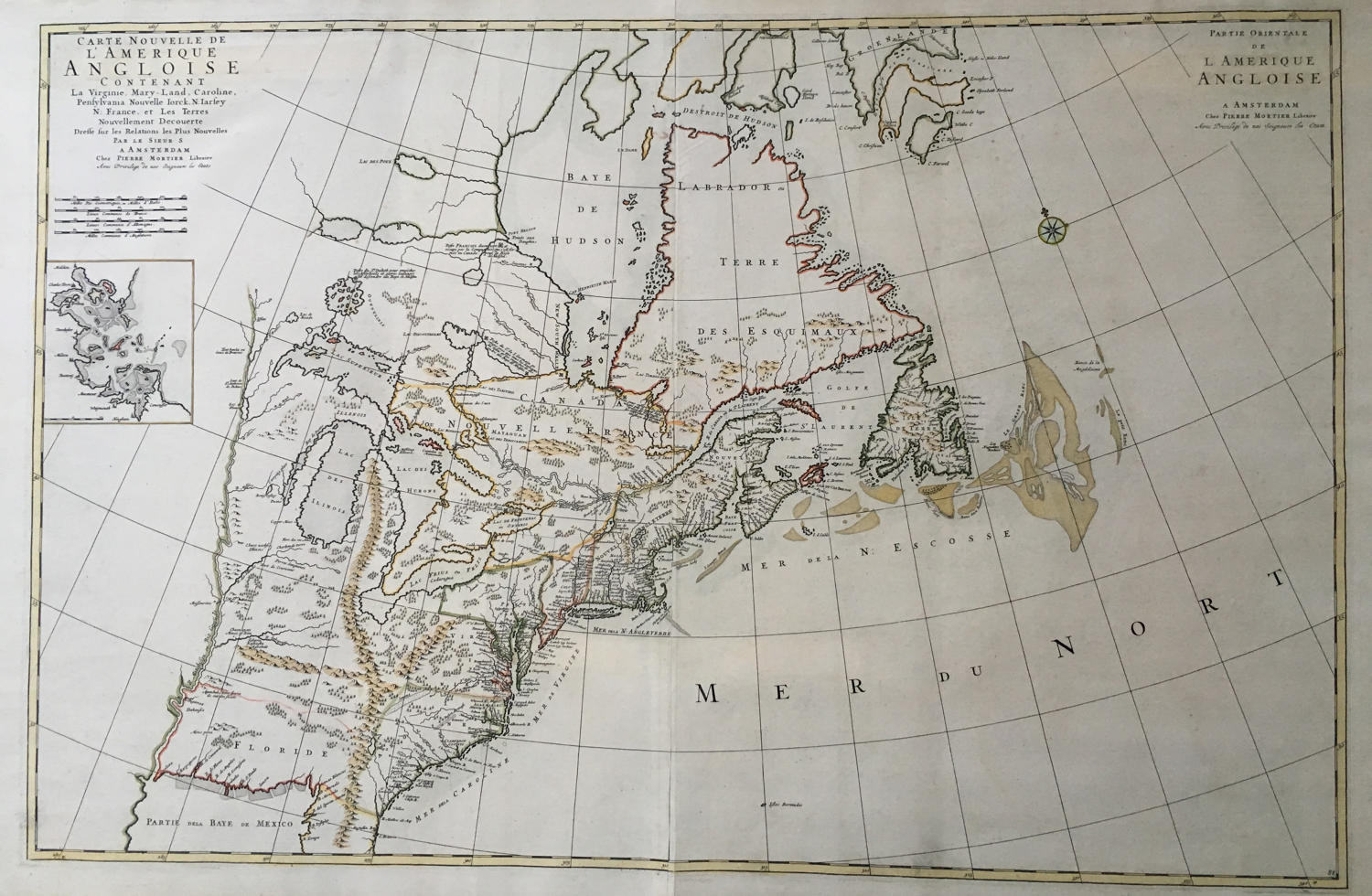 A very fine example of this detailed 2-sheet map of the British Colonies in North America, drawn directly from Robert Morden's rare and important 'New Map of the English Empire In America', that was first published in circa 1698 in London.

Burden identifies the map as "the first printed plan of an English colonial city in a non-English map."  Burden notes:

The most notable feature here is the mountain range extending from the Florida peninsula northwards into Michigan.  This plateau remains, although the legend found on the Morden describing [the mountain range] does not.  The original source for this curious feature is unknown.  .  . the map's English origins are clearly seen, including the Copper Mine near present day Chicago, and Mines of Iron besides the Ohio River, both originating from Thevenot, 1681.  The unusual depiction of Green Bay, the broader northern portion of the Delaware peninsula, the boundaries of Pennsylvania extending far to the north, the altered Cape Cod and the inset plan of Boston Harbor are all features found on the Morden map.

The map focuses on the British Colonies in North America and illustrates several popular geographical misconceptions of the late 17th Century.  There is a strange mountain range in Florida, and the mouth of the Mississippi River is pushed too far to the west, into Texas. This feature appeared on maps for only about 30 years, the result of a hoax perpetrated by La Salle in an attempt to make a settlement at the mouth of the river look strategically important-in being near to the Spanish ports in Mexico-thus lending added weight to his plan of developing a French Empire along the great North American inland waterways. Also shown are the three notorious errors derived from the reports of John Lederer: 'Ashley Lake,' the 'Savana,' and the 'Desert Arenosa,'.

Condition: very good with original / old colour. Printed on two sheets, which have been joined to make a large impressive map. 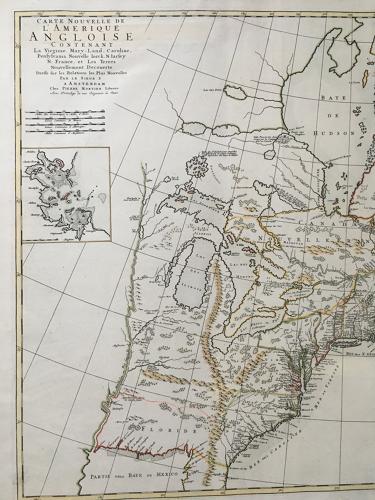 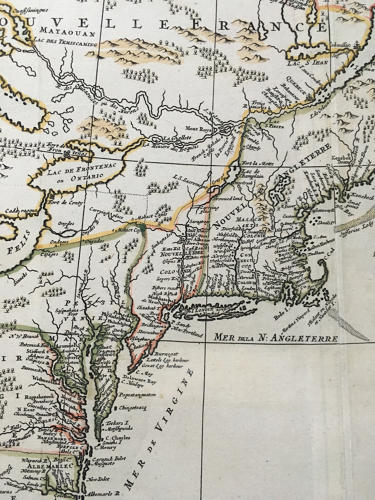 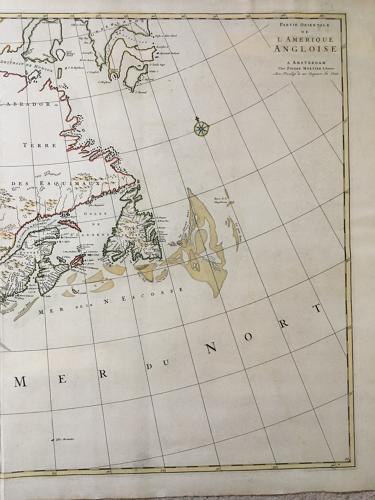