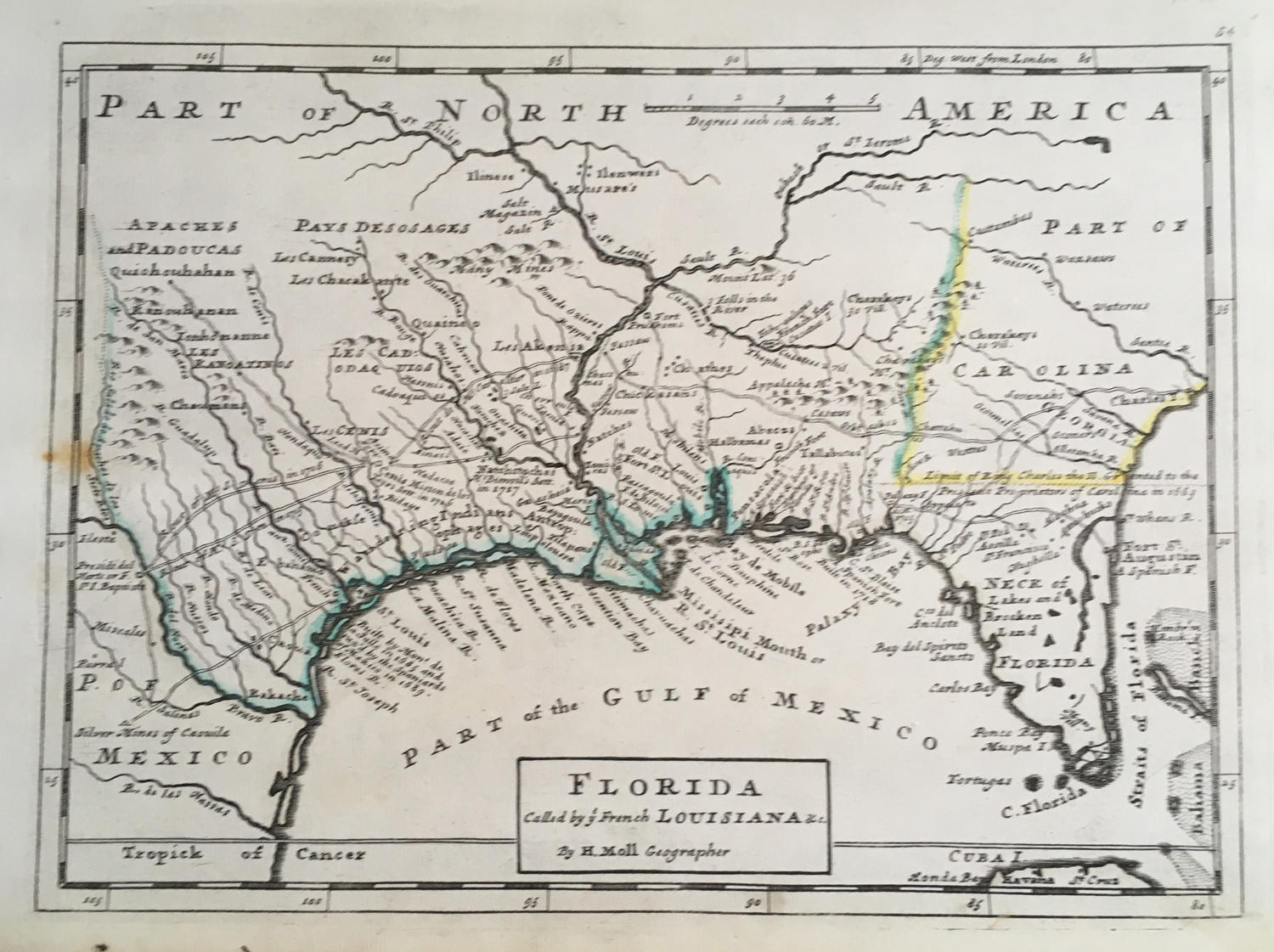 From: Atlas minor: or a new and curious set of sixty-two maps, in which are shewn all the empires, kingdoms, countries, states, in all the known parts of the earth; with their bounds, divisions, chief cities & towns, the whole composed & laid down agreable to modern history. By Herman Moll, Geographer. (3rd ed.) London, Printed for Thos. Bowles in St. Pauls Church Yard & John Bowles at the Black Horse in Cornhill.

A map of historic Louisiana, incidentaly including  Florida at its south-eastern extent.  It extends west to the Mexico border, and north up the Mississippi and St. Louis rivers as far as 'Ilinese'. The map is based on Moll's larger map of 1720 with detail of Indian villages, missions, mines and forts. It is one of the earliest printed maps to describe the roads and trading paths in the region. Much interesting notations including notes on La Salle's landing in Texas in 1685, the Cenis Missions and early Texas settlements in 1716-17, and the limits of King Charles II's Grant to the Lord Proprietors (Carolina) in 1663.

In very good condition with only a minor spot at the left.