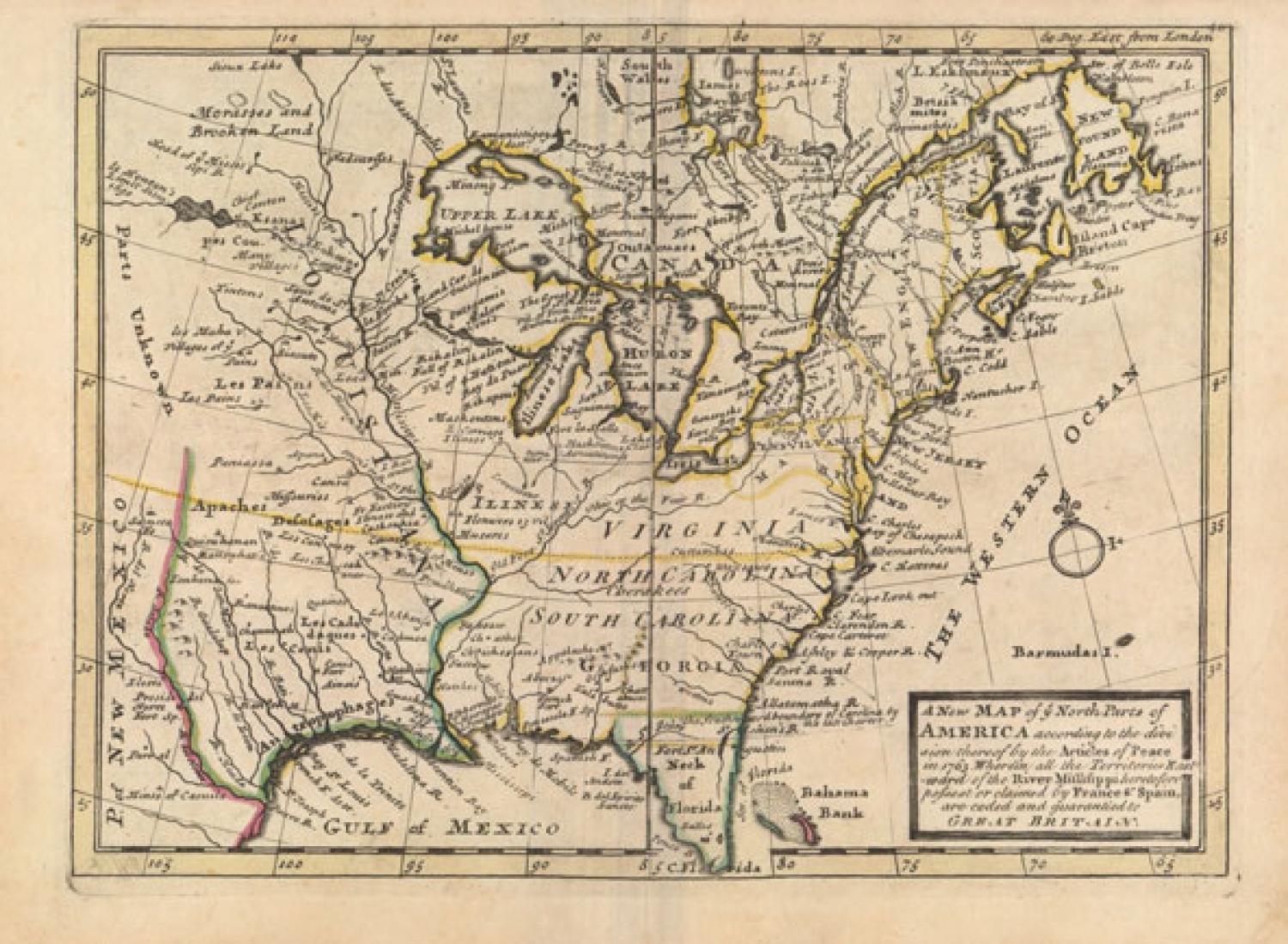 Moll - A New Map of Ye North Parts of America

Title: 'A New Map of Ye North Parts of America According to the Division Thereof by the Articles of Peace...' rare Bowles edition.

This small map depicts the eastern United States and Canada shortly after the French & Indian War. The war ended French colonial ambitions in North America and was one of the most significant developments in a century of Anglo-French conflict. The British colonies extend to the Mississippi River including the large Virginia, North Carolina, South Carolina and Georgia. The map is filled with interesting notations in the central region including "Parts Unknown" in the Great Plains and "Morasses and Brooken Land" in Canada, as well as numerous Indian place names and forts.