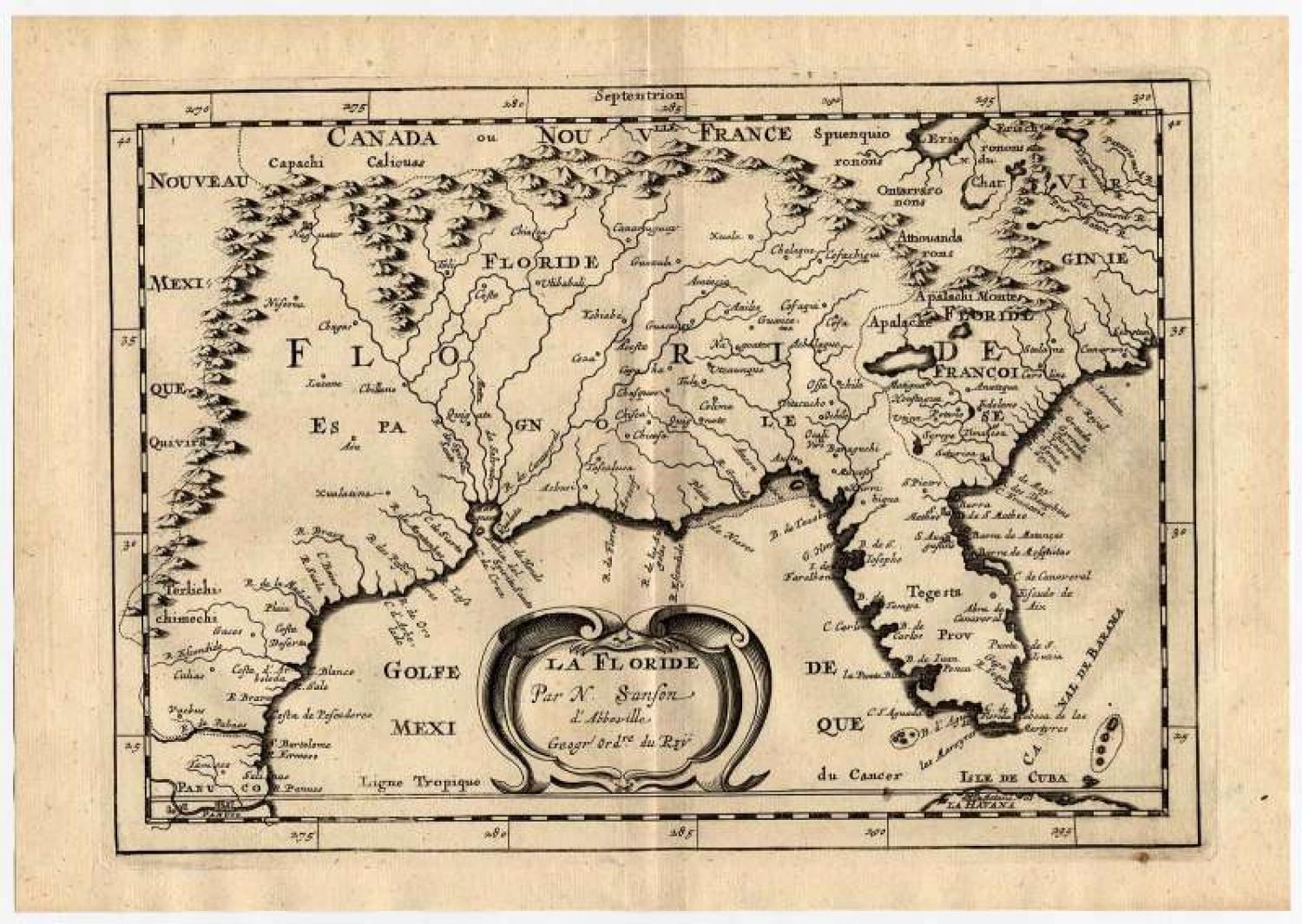 Important early map of Florida and the Southeast, illustrating a number of early and important cartographic features. The first atlas map to correctily name Lake Erie, although it is pushed 2.5 degrees too far south, increasing the claims of France. Several new rivers appear. in Virginia. The Caroline depicted on the map is Ft. Caroline, not the Carolinas. The projection of the Southeast is improved over Sanson's folio map of the prior year. The Florida nomenclature is corrected from Sanson's North America. Most of the rest of the map is Chaves/Ortelius nomenclature. The Southwest is still largely unknown.

This splendid work on the curiosities encountered during the ages of exploration abroad contains 13 maps by Sanson d'Abbeville and many etched plates by Romeyn de Hooghe, which are considered some of the most interesting of his oeuvre. Ref: Sabin, 19854; Tiele, 260; Cat. NHSM, 240; Muller, 1565.

Artists and Engravers: Author: Simon de Vries (Dutch 1524-1708): Poet, writer and translator, publisher, active in Utrecht. Carthographer: Nicholas Sanson d'Abbeville (1600 - 1667) and his descendents were important French cartographer's active through the 17th century. Sanson started his career as a historian where, it is said, he turned to cartography as a way to illustrate his historical studies. In the course of his research some of his fine maps came to the attention of King Louis XIII who, admiring the quality of his work, appointed Sanson 'Geographe Ordinaire du Roi'. Sanson's duties in this coved position included advising the King on matters of Geography and compiling the royal cartographic archive. Sanson's corpus of some three hundred maps initiated the golden age of French Cartography. Engraved by Antoine de Winter.