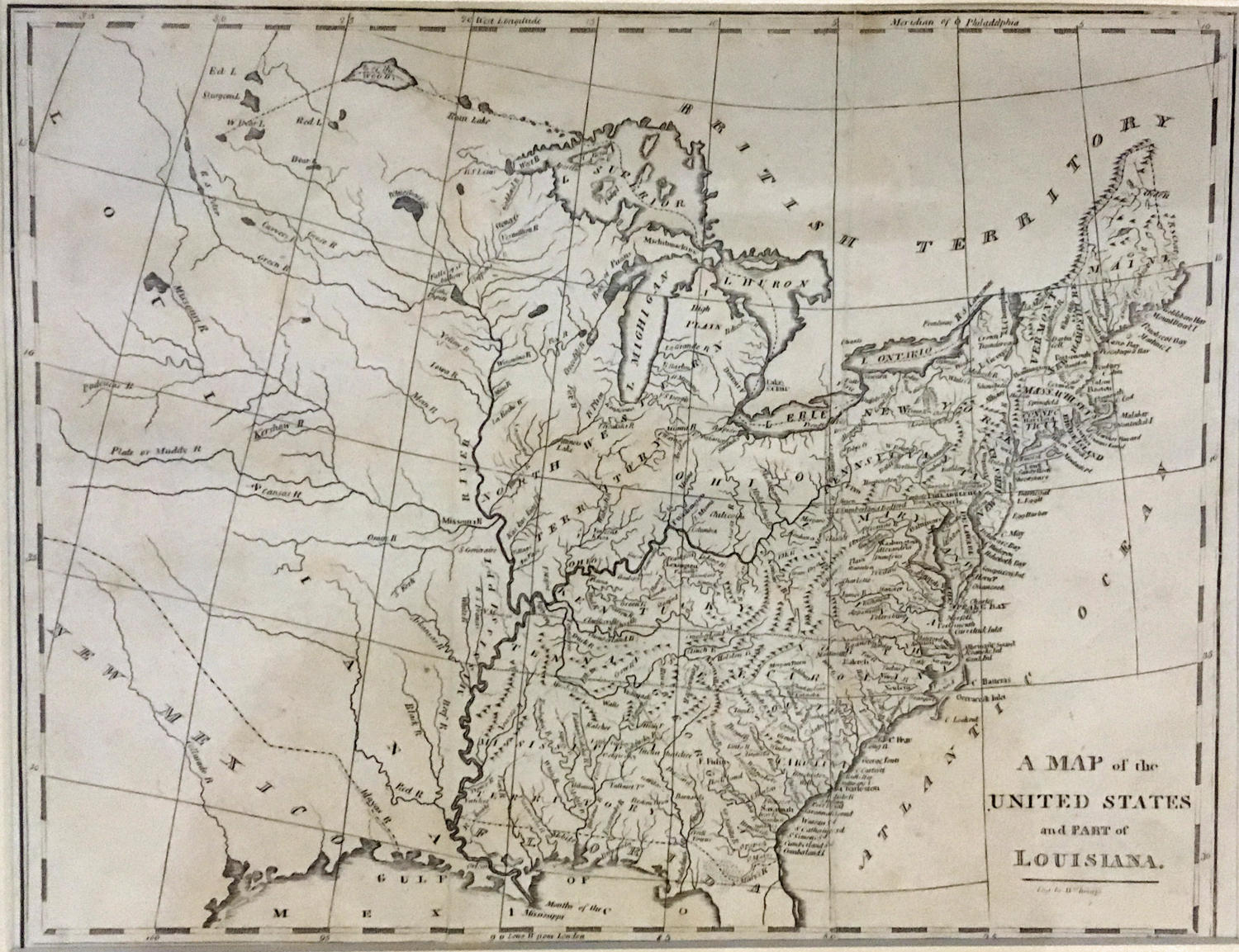 A MAP OF THE UNITED STATES AND PART OF LOUISIANA,

An elegant and finely detailed map of the early United States.

Reference: this map also appeared in  Brookes’s General Gazetteer Improved; or a new and compendious geographical dictionary, orginally written by R. Brookes, M.D., the second American edition, published by Johnson and Warner, Philadelphia and Richmond 1812. The first American edition was published in 1806. The gazetteer is an approximately 500 page (pages unnumbered) geography book with 8 maps: World, North America, South America, Asia, Africa, Europe, West Indies, and this map, which has also been seen credited to early geography books by both Guthrie (1809) and Davis. (Source: Maps of PA) 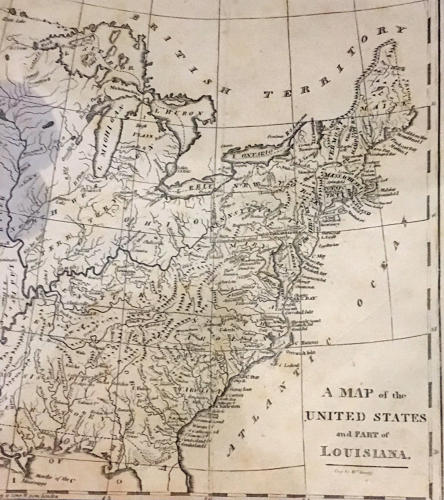