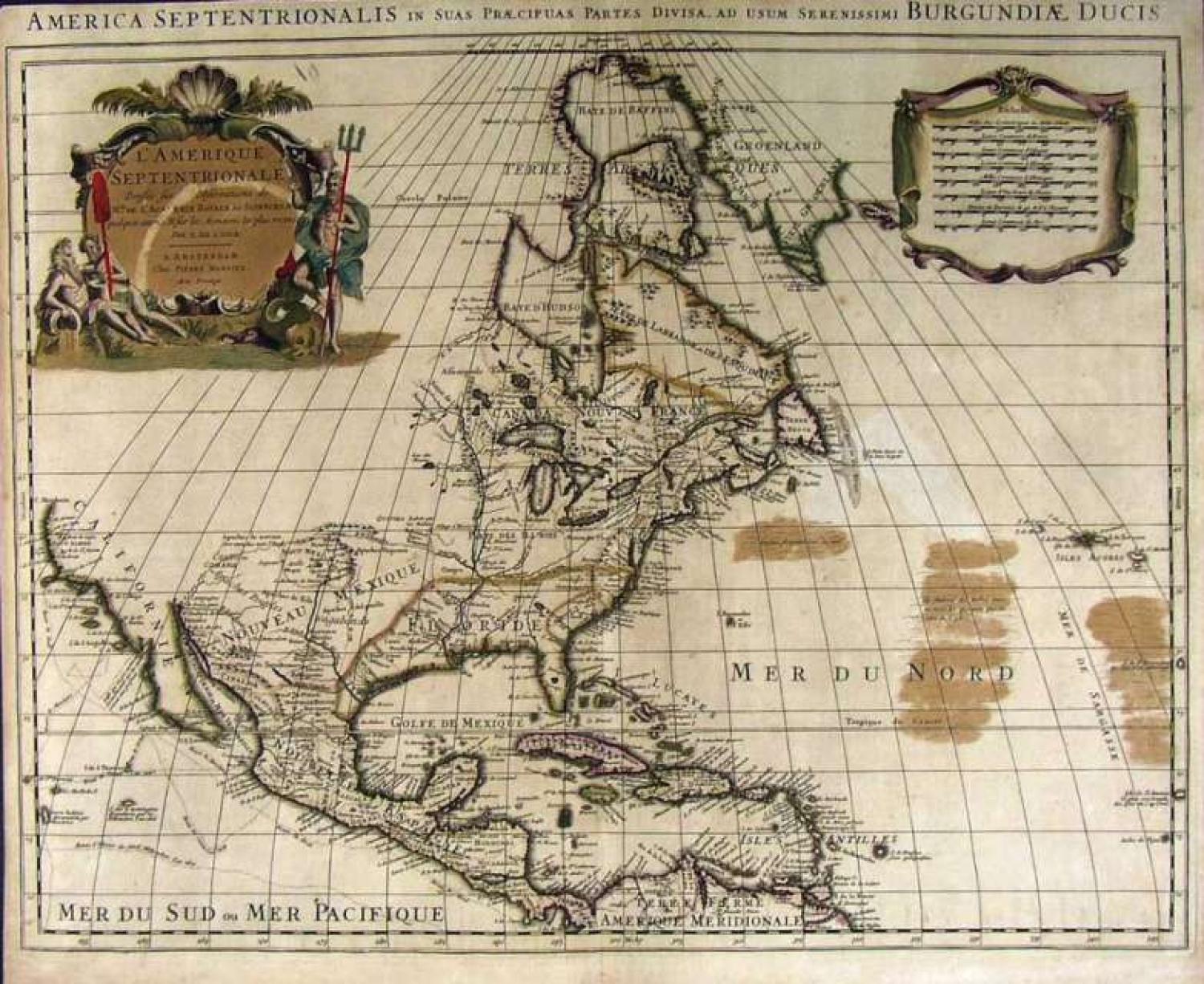 An authentic copper engraved antique map over 300 years old. As stated in the Cartouche, it is by G. [Guillaume] De L'isle published by Pierre Mortier, Amsterdam. There is a date of c. 1703 penciled in on the Cartouche, which is erasable if desired. The date of 1703 would place it in an early edition of Covens and Mortier's Atlas Nouveau that first appeared around 1700 and continued to be republished over the next few decades. De L'isle, sometimes referred to as De Lisle or Delisle, was the royal cartographer to the King of France and the map was considered the most accurate of the time with California now being better understood as a peninsula, rather than an island, based on the accounts of Frair Eusebio Kino. As well, the Great Lakes region and the Mississippi and its tributaries were now much more accurate based on the reports of French explorers and fur traders, which De L'isle had first hand knowledge as Royal Cartographer to the King of France. The map was first presented to the Royal Academy of Sciences as stated in the cartouche, which De L'lisle was an elected member. De L'isle was especially important in the history of French mapmaking basing his maps on newer scientific and mathematical studies and measurement of latitudes and longitudes gleaning much new information from explorers and sea voyages. It is one of the first maps to depict the seaweed areas known as the Sargasso Sea in the Atlantic. Truly one of the great maps of North America. The map is being sold as seen, not matted nor framed.

Condition: The map is in Good to Very Good condition for its age with original hand colour and a centerfold as issued, blank on the reverse. It is printed on heavy and still very flexible paper that is in great shape. The map is very clean but has overall toning, one minor light area off Nova Scotia, a circular mark through the cartouche as seen in the pictures and a couple of insignificant pinholes seen only when held to the light. Overall the map has darkened some with age, but has a very nice desirable rich antique quality.