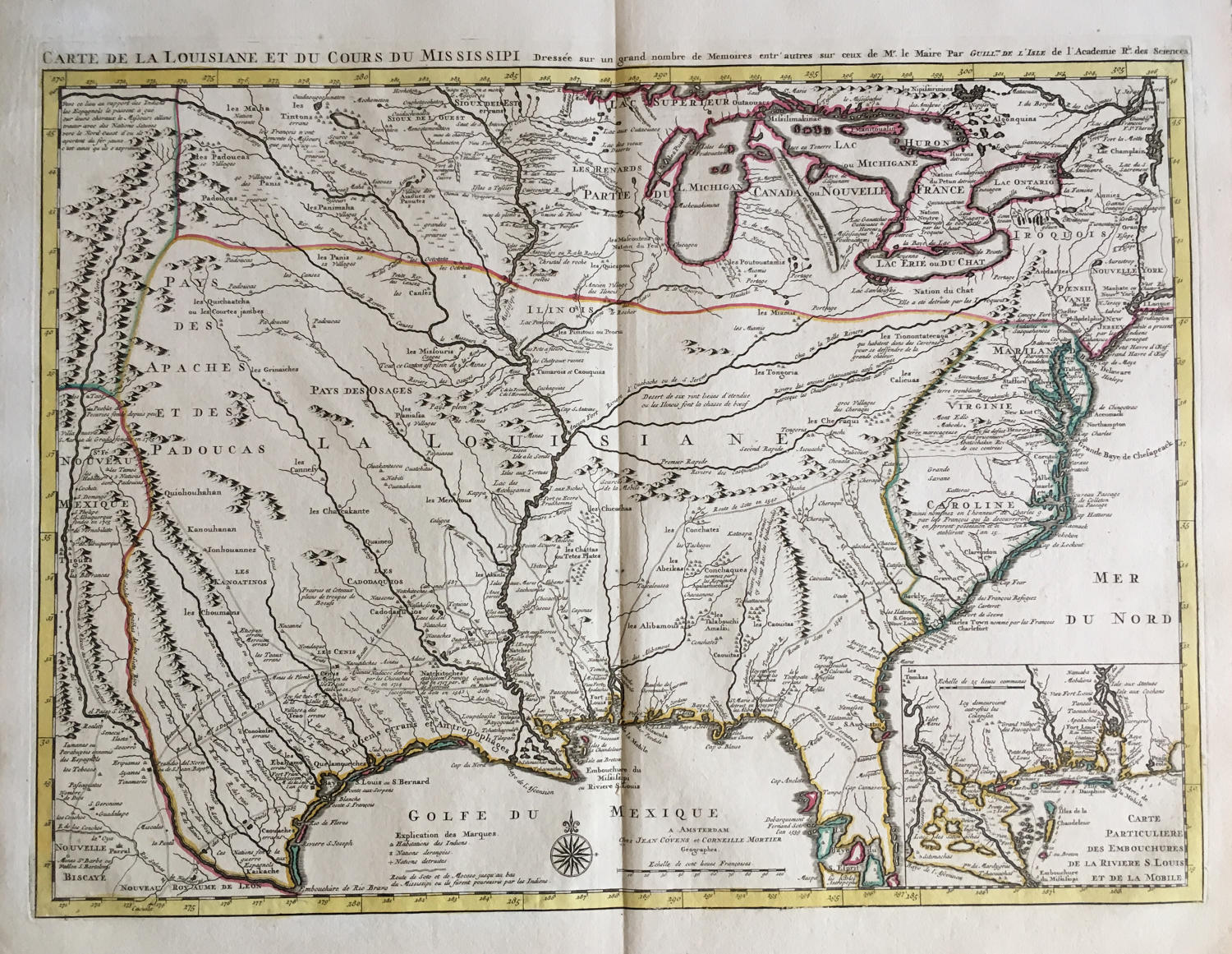 A seminal map based on De L'Isle's map of 1701covering the Mississippi River extending from the Rocky Mountains to the English colonies.

De L'Isle's map was designed for the political purpose of invalidating the English claims west of the Appalachian Mountains and laid claim to Carolina by the French, which provoked an angry English response (including maps by Herman Moll). The map had an immense impact on the history of cartography. Of course while the French used maps like these to lay claim to vast amounts of new land across America, they had very little control over the land within their maps and the millions of Native Americans that the territory was home to. 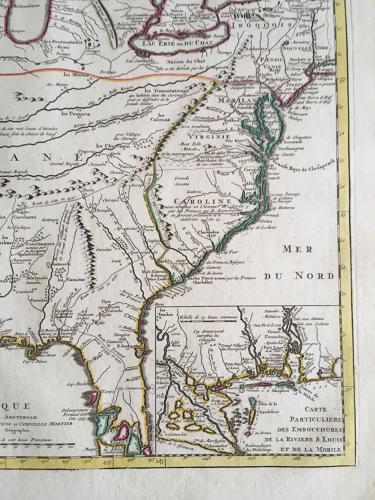 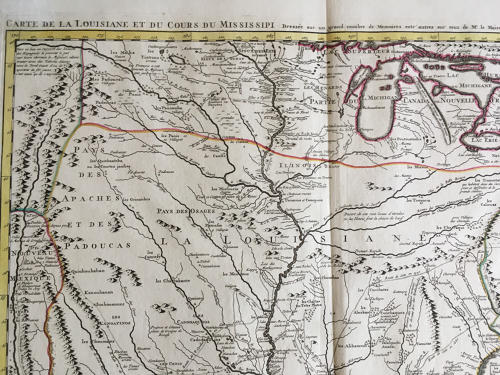