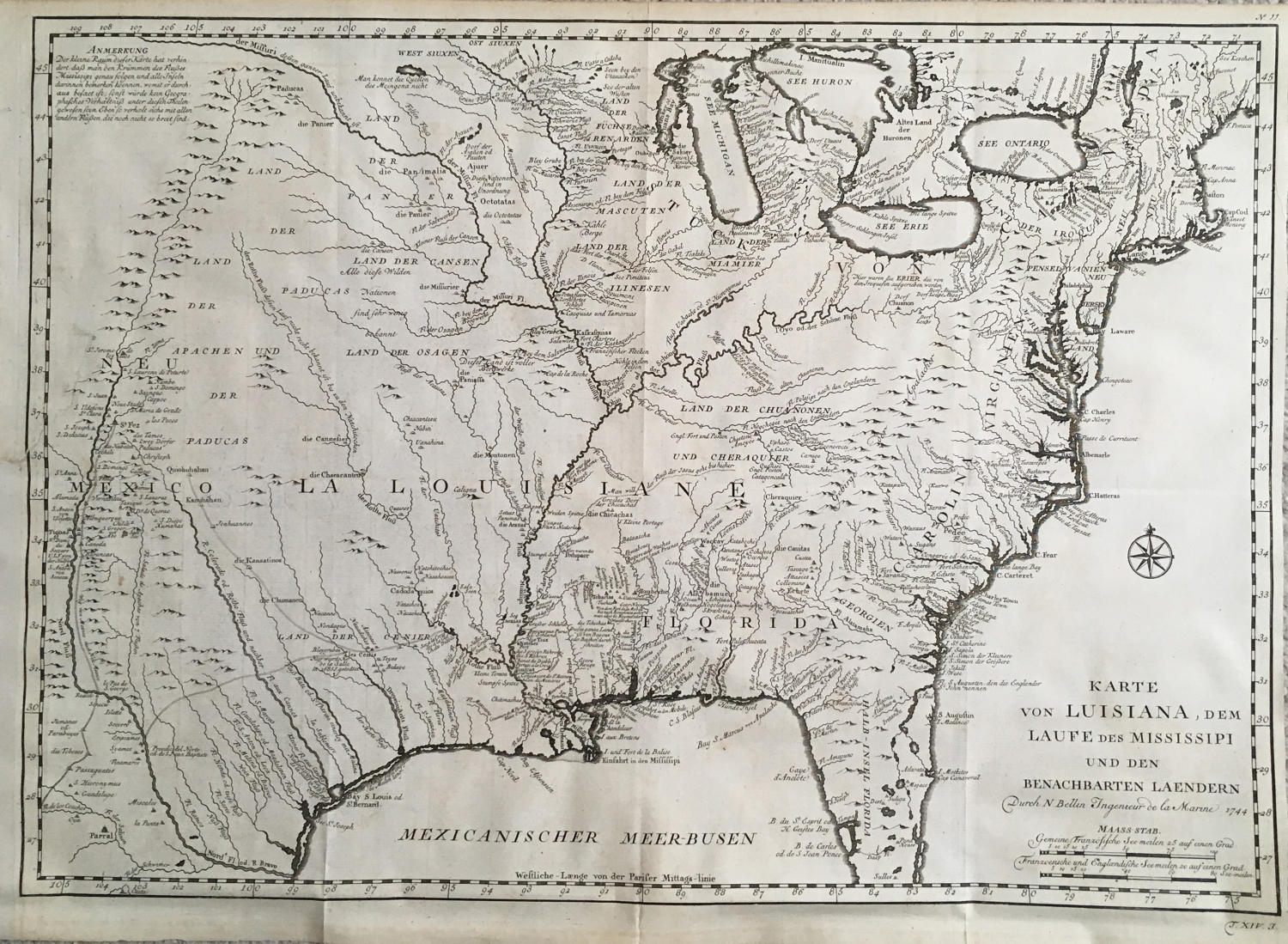 A rare German text edition of de l'Isle's map of North America, focusing on the Mississippi and covering all the known United States, from the Rio del Norte (extending north almost to the Missouri headwaters) to the Great Lakes and the Gulf and Atlantic coastlines.
The European colonies and possessions along the Atlantic and Gulf coasts share importance, in this map, with Indian lands.
This issue of the map appeared in "Allgemeine Histoire Der Reisen Zu Wasser Und Zu Lande" 1758, the German edition of L'Abbé Prevost's encyclopedic collection of travelers' and explorers' reports.
Many Indian names are given and major routes in the Southwest are designated. The map is important in part for showing areas claimed by the French, including their forts and settlements, just prior to the outbreak of the French and Indian War.