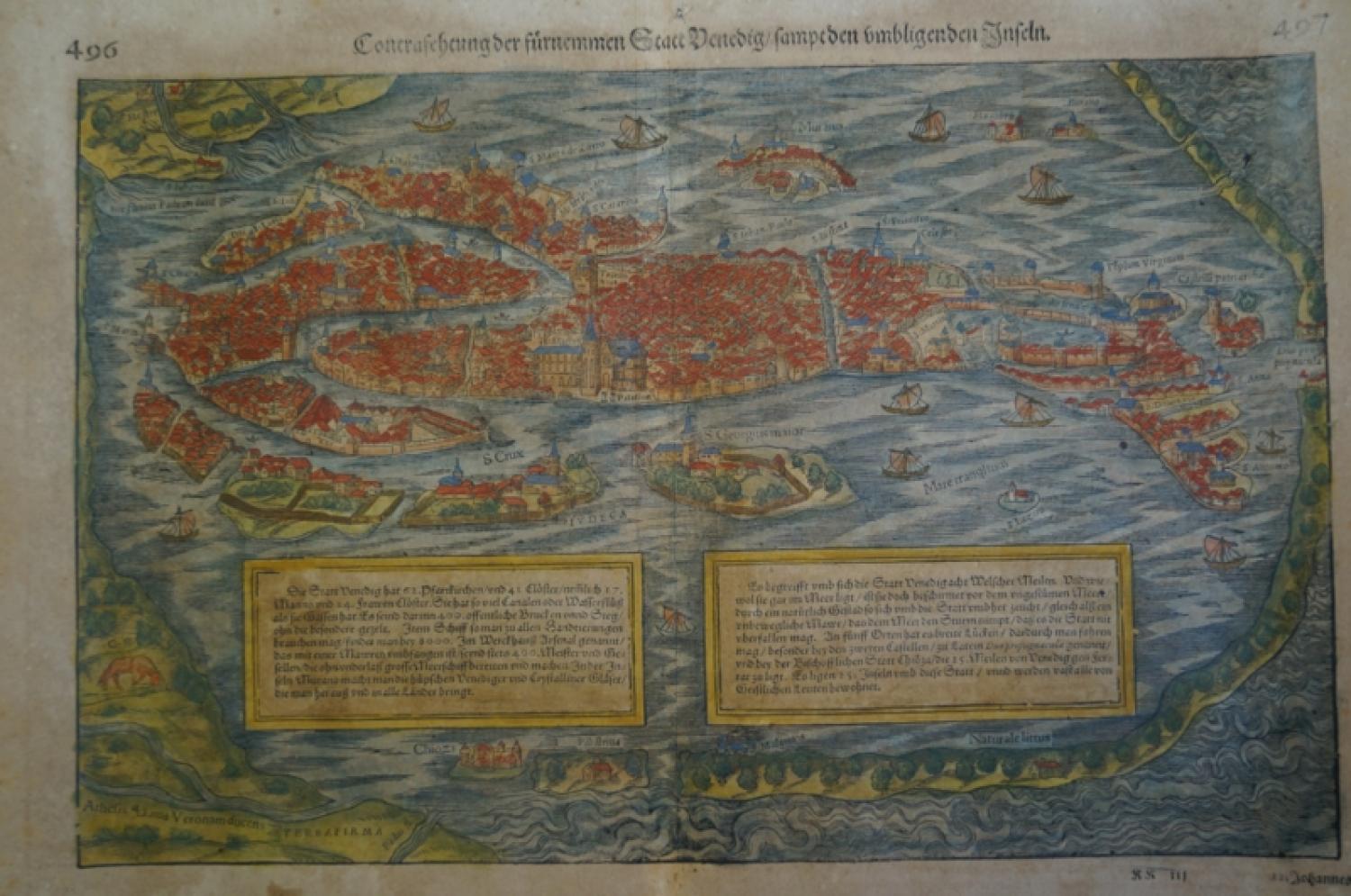 An interesting panorama of Venice, with a wealth of detail.

Sebastian Münster (1488 – 1552), was a German cartographer, cosmographer, and a Hebrew scholar. In 1505, aged 17, Münster became a Franciscan monk, even being ordained some years later. His universal studies at several universities qualify Münster as polymath. At first he studied grammar, rhetoric, arithmetic, geometry, music and astronomy. Later he devoted himself to theology and took lessons in geography, cosmography and Hebrew.

Initially, Münster earned his money by his knowledge of the Hebrew language. He published several dictionaries, and in 1524 he became professor of Hebrew at the university of Heidelberg. Besides his teaching, Münster starts to prepare the cosmography at the same year which would keep him busy for the rest of his life.

Sebastian Henric Petri (* 1546 in Basel; † 1627 in Basel) was a famous printer of the dynasty of Petri. He was the son of Heinrich Petri (whose stepfather was Sebastian Münster) and brother of Adam Henric Petri and Sixtus Henricpetri. From 1572, he headed for over 50 years the pharmacy. He published hundreds of Latin and German titles: historiographic works, new editions of elder titles, schoolbooks, theological papers and updated new editions of Münster "Cosmographia". As a result of the Thirty Years' War must Sebastian on March 24, 1626 one year before a death, because of insolvency "from the houseZ out" and closed the Officina Henricpetrina ex officio.

The Cosmographia of Sebastian Munster was the first scientific and at the same time generally comprehensible description of knowledge of the world in German language, wherein were summarized the bases of history and geography, astronomy, natural sciences and regional studies after the standard of knowledge.

We offer a very rare and decorative double page from the Renaissance era. The original woodcut shows a magnificent view of the city of Venice in the Italian Veneto region on the Adriatic coast. Listed centrally the Grand Canal with the famous buildings of St Mark's Square, the surrounding islands of the lagoon city. Surrounding the mainland and numerous sailboats and the description text of the historic town. 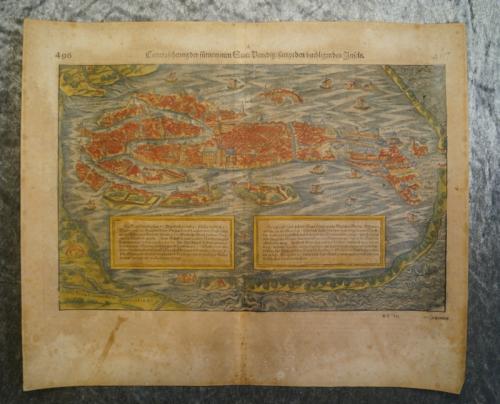 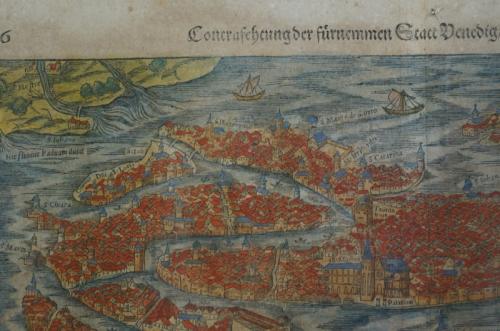 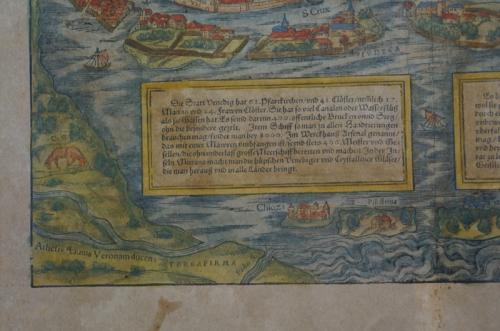 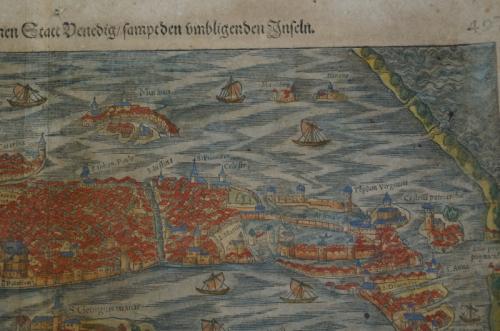 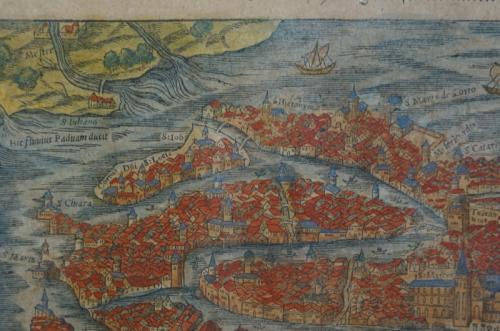 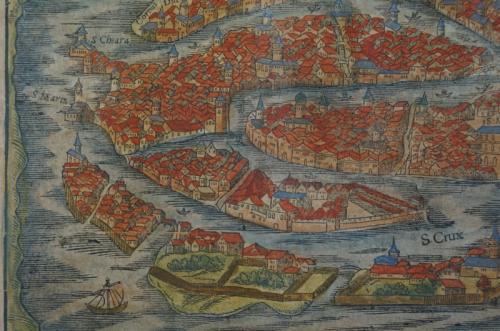 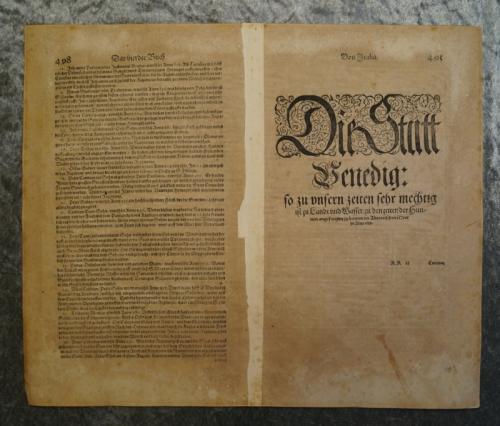