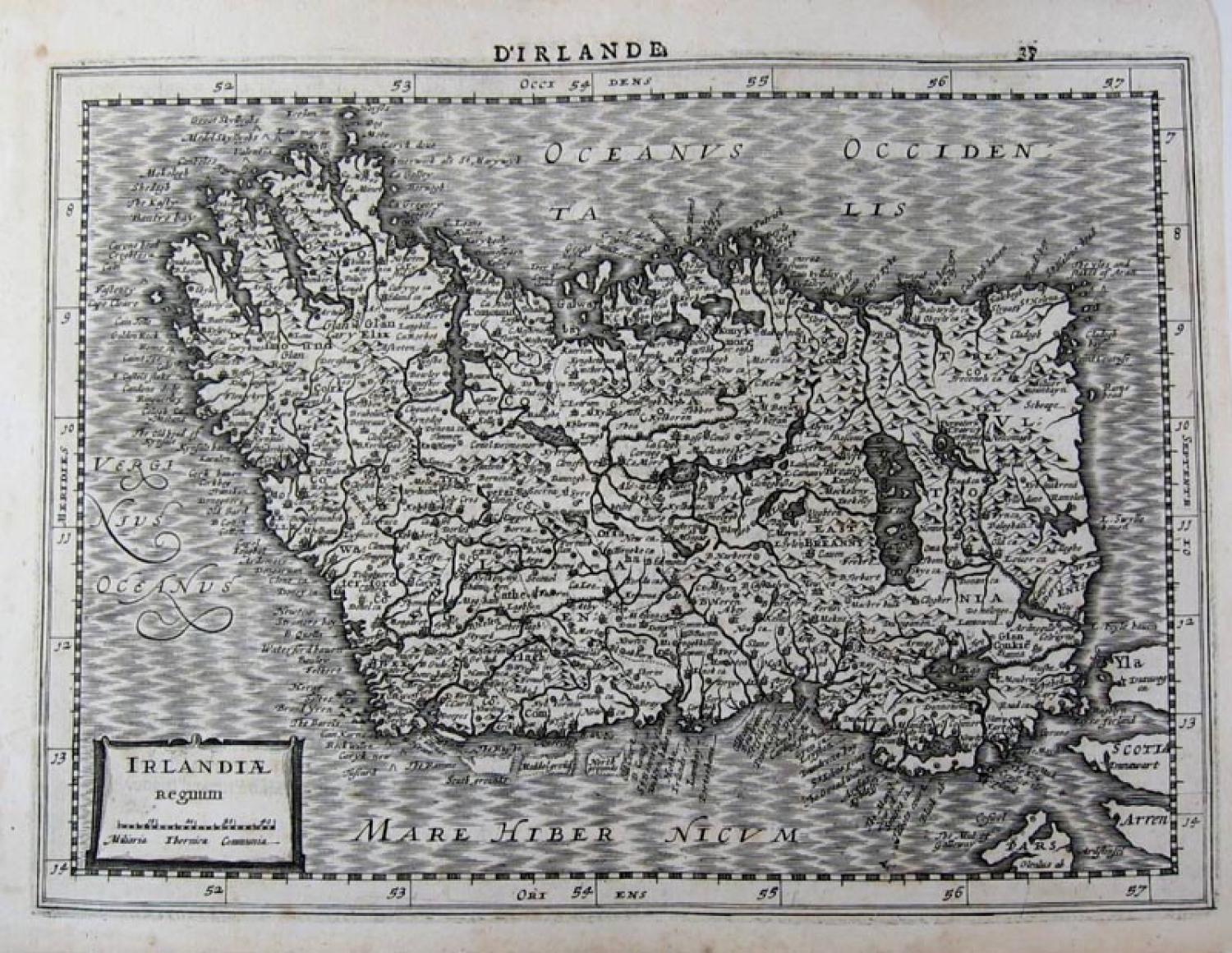 A fine, original, copperplate-engraved map of Ireland, from the first Cloppenburgh edition of the large-format Mercator-Hondius Atlas Minor, published in Amsterdam, 1630.