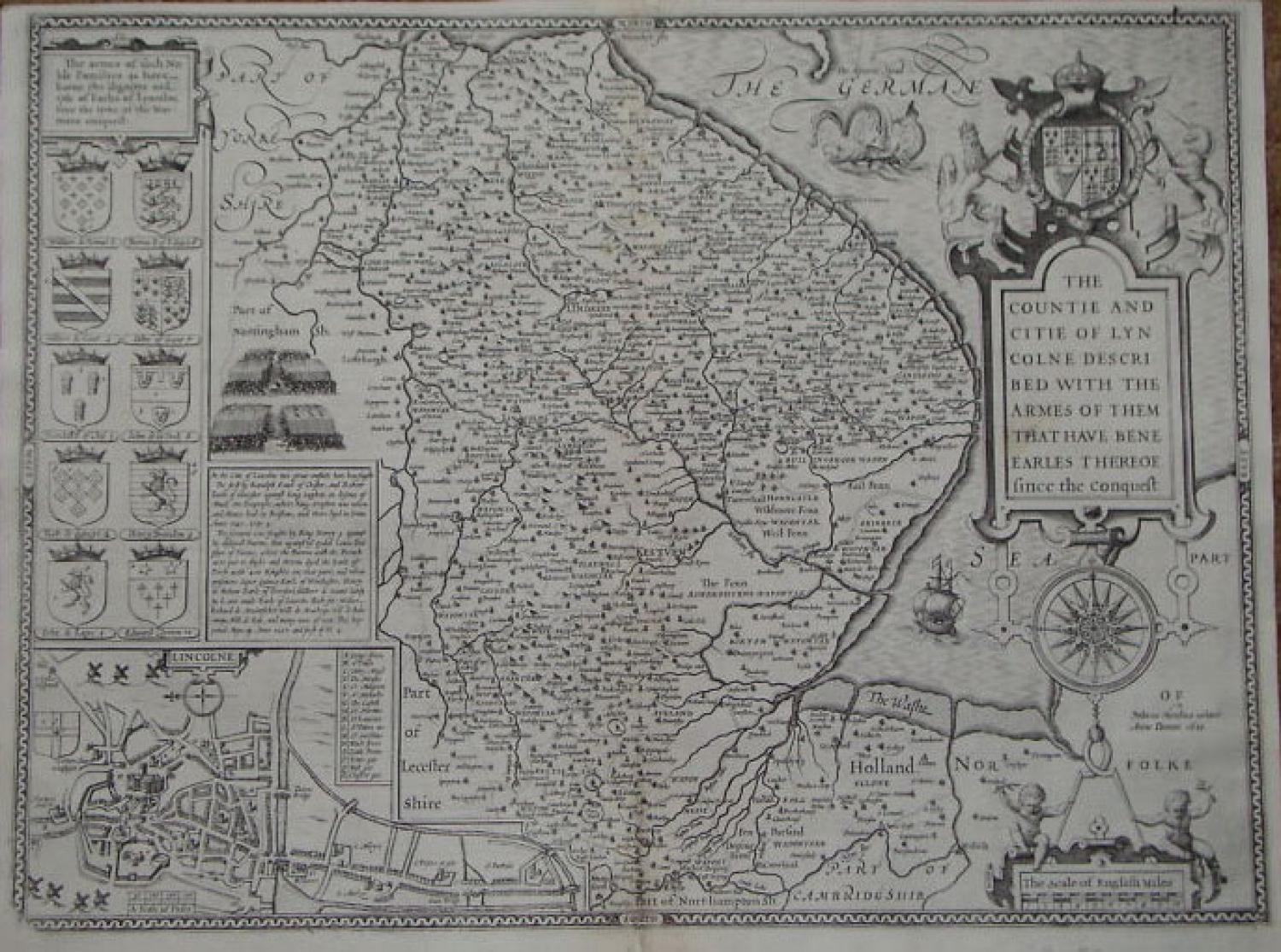 Speed - The Countie and Citie of Lyncolne

Full Title: 'The Countie and Citie of Lyncolne Described with the Armes of Them That Have Bene Earles Thereof Since the Conquest'. Sold by Bassett & Chiswell. From the 'Theatre of Empire Great Britain'. 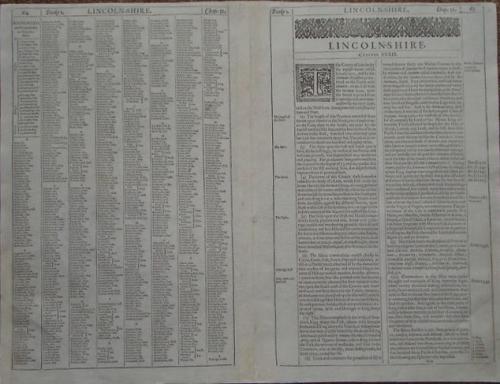