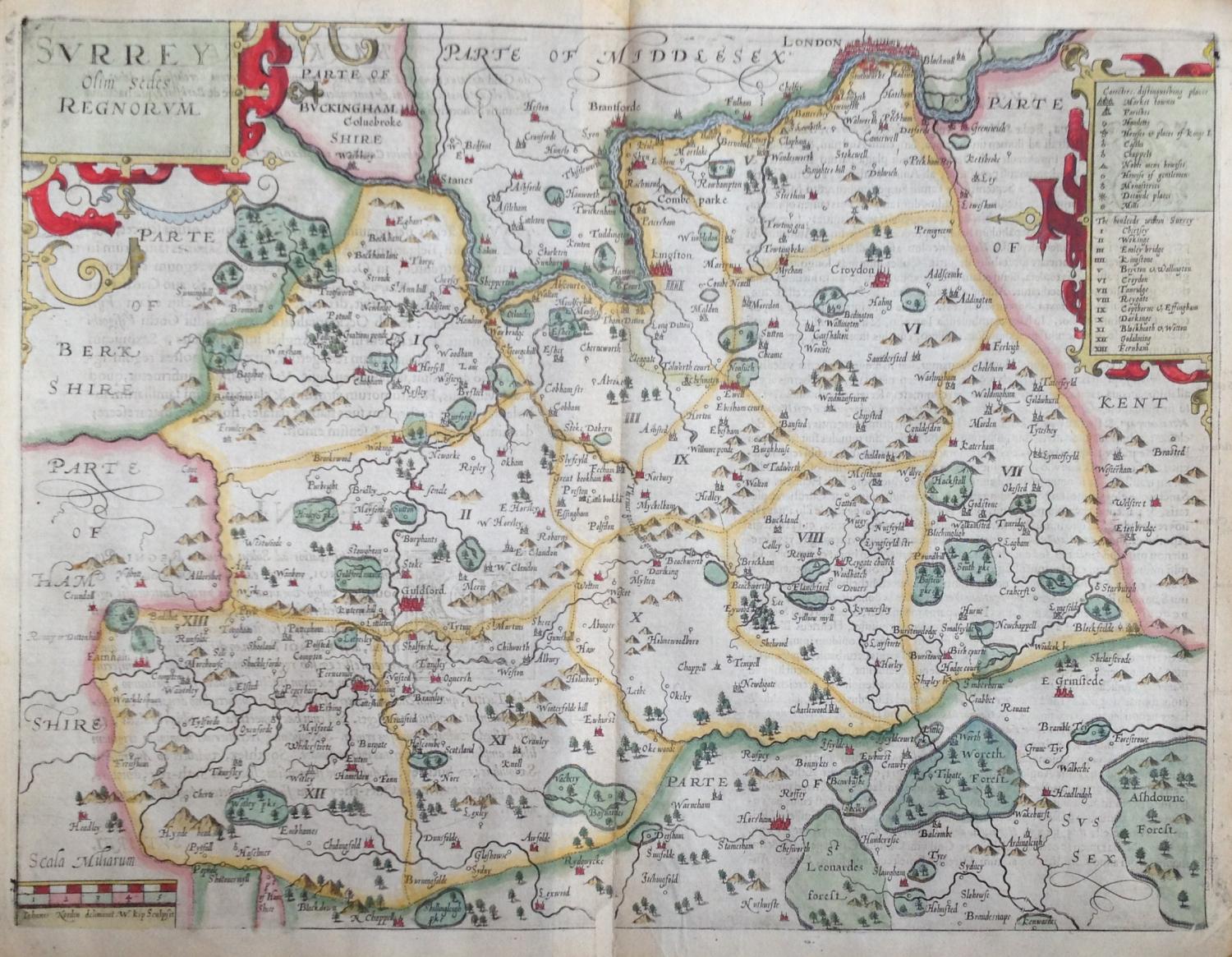 The 1607 of William Camden’s great work Britannia, a topographical and historical survey of all of Great Britain and Ireland, contained for the first time a full set of English county maps, based on the surveys of Christopher Saxton and John Norden, and engraved by William Kip and William Hole. These maps were the first set to show each county individually as opposed to several being grouped together on one page and play a key part in the history of English cartography.

The 1607 series of maps are distinguishable from later editions in 1610 and 1637 by the presence of Latin text on the verso and the absence of plate numbers.

This map is from the 1607 exhibits flamboyant title cartouches, floral script flourishes, towns depicted according to size, hills featured in profile, forested areas, enclosed parklands etc. The map is subdivided into the thirteen hundreds within Surrey. London is show in the top right of the map imprint. 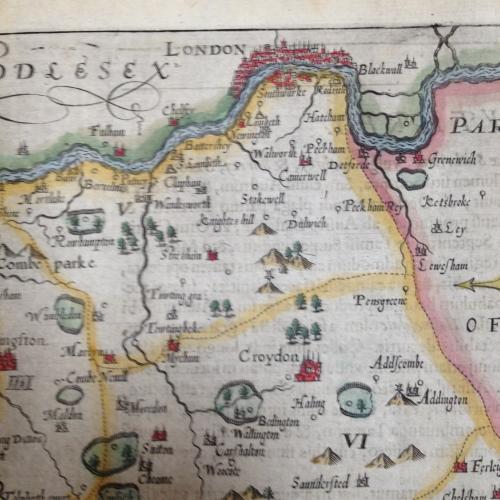