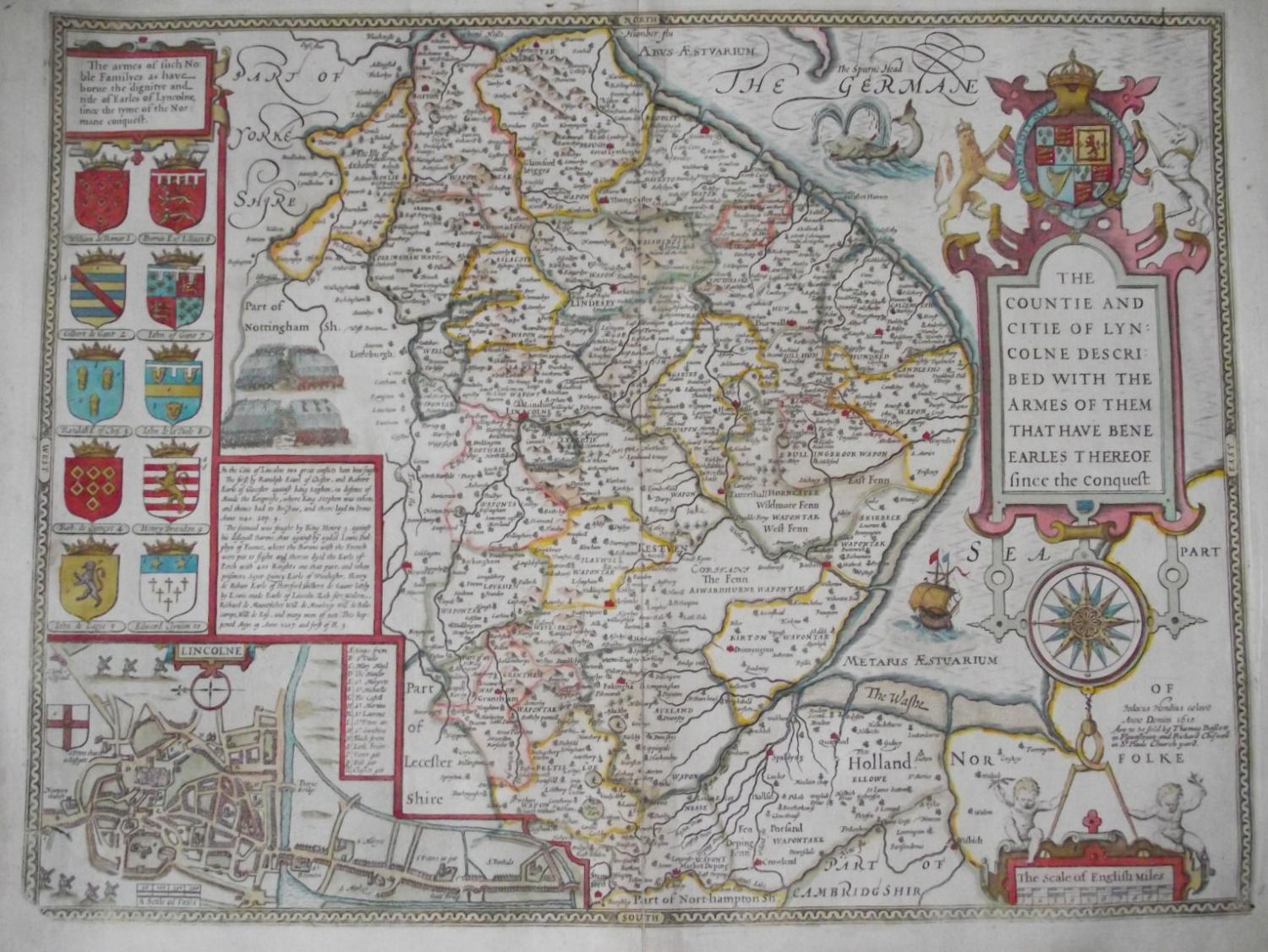 John Speed - The Countie and Citie of Lyncoln

Published by Thomas Bassett of Fleet Street and Richard Chiswell of St. Pauls Church yard and engraved by Jodocus Hondius the Elder.
Full Title: 'The Countie and Citie of Lyncolne Described with the Armes of Them That Have Bene Earles Thereof Since the Conquest'. Sold by Bassett & Chiswell. From the 'Theatre of Empire Great Britain'.

It has highly decorative coat of arms of important families at the top along with a street map of Lincoln. On the reverse is a description of the county in English.

This map is in excellent condition with no rips or tears and the margins are wide and in very good condition. It was originally folded down the center as it was published in the atlas. 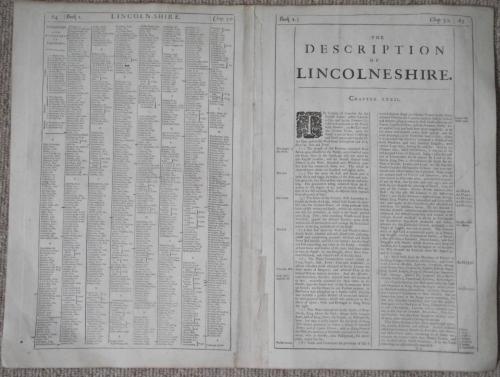