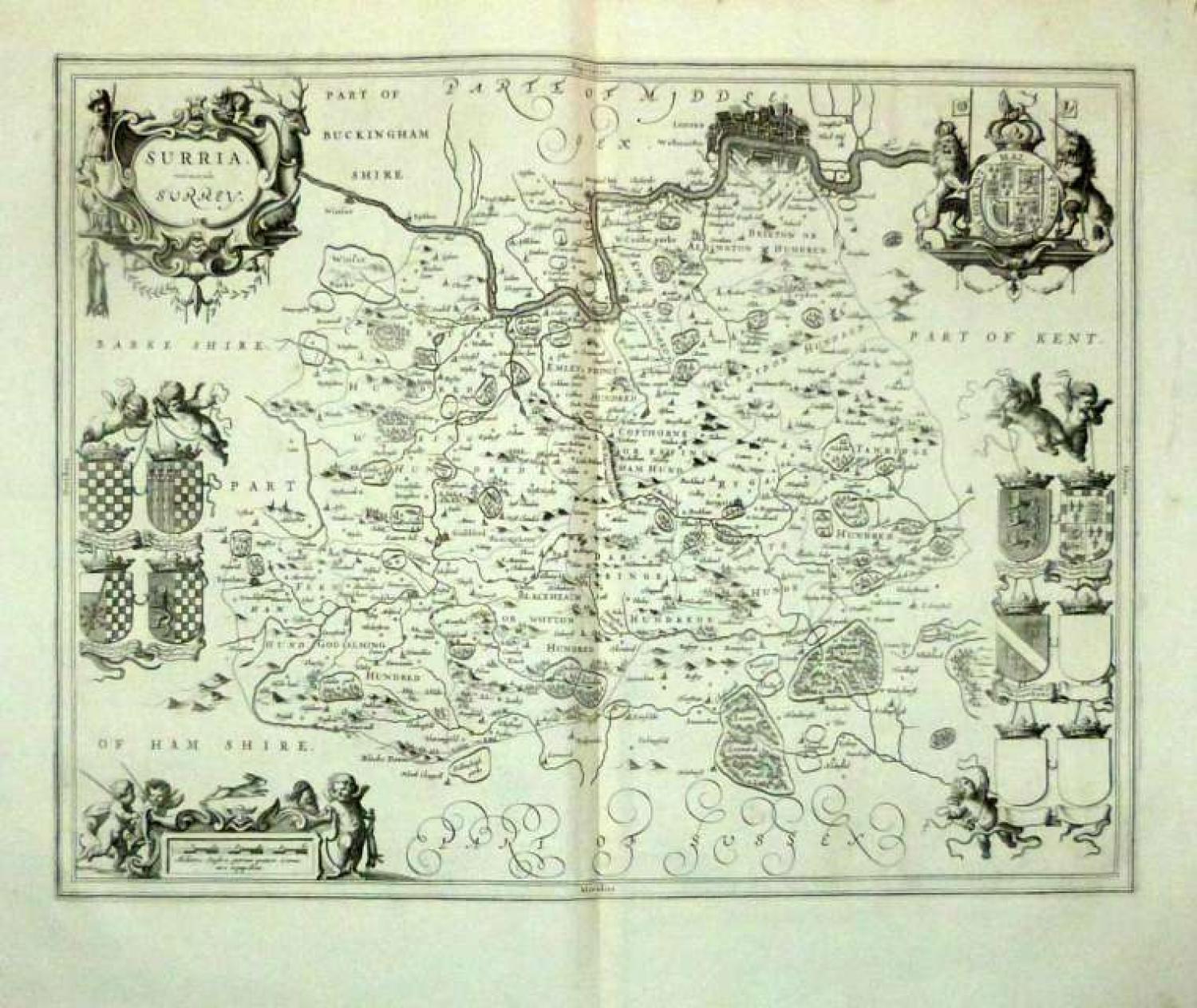 A striking and highly detailed copper engraved map of Surrey, England. Map gives several details concerning cites, villages, rivers, mountains, forests. Map adorned with a strapwork title cartouche with cherubs and animals. Map embellished with 5 cherubs, 10 heraldic familiary coat of arms, a large royal armorial and another cartouche including two scales of distance surmonted by cherubs.
Jansson began to prepare his volume devoted to the British Isles c.1640. In 1644 he published eleven county maps in an appendix to the "Atlas", ut they appeared from 1646 in the "Novus Atlas". Jansson's county maps are seen far less frequently than those of his rival Blaeu, but are similar in appearance with coats of arms and decorative title cartouches. Jansson, like Blaeu, used Speed maps when creating his own thus showing hundreds but no roads. However, Jansson (and Blaeu) chose to omit Speed's innovative town plans.

Mapmaker: Jan Jansson or Johannes Janssonius (1588 - 1664) was born in Arnhem, Holland. He was the son of a printer and bookseller and in 1612 married into the cartographically prominent Hondius family. Following his marriage he moved to Amsterdam where he worked as a book publisher. It was not until 1616 that Jansson produced his first maps, most of which were heavily influenced by Blaeu. In the mid 1630s Jansson partnered with his brother-in-law, Henricus Hondius, to produce his important work, the eleven volume Atlas Major. About this time, Jansson's name also begins to appear on Hondius reissues of notable Mercator/Hondius atlases. Jansson's last major work was his issue of the 1646 full edition of Jansson's English Country Maps. Following Jansson's death in 1664 the company was taken over by Jansson's brother-in-law Waesberg. 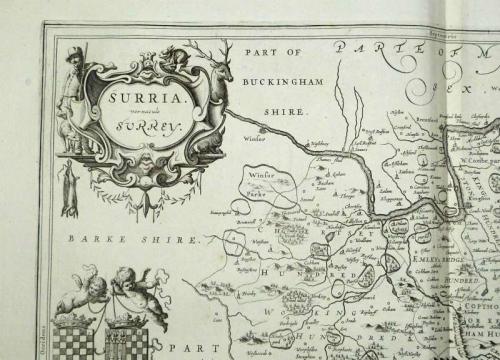 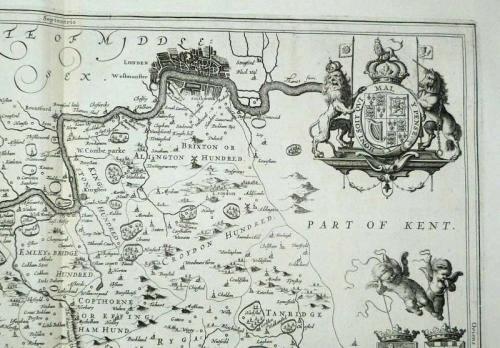 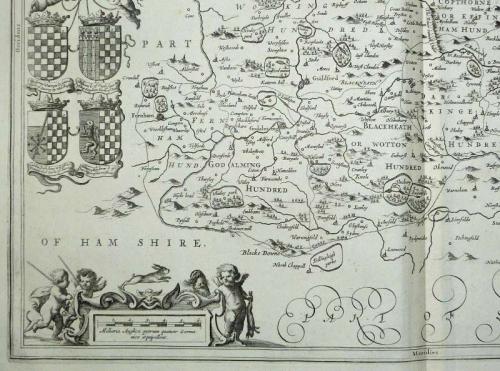 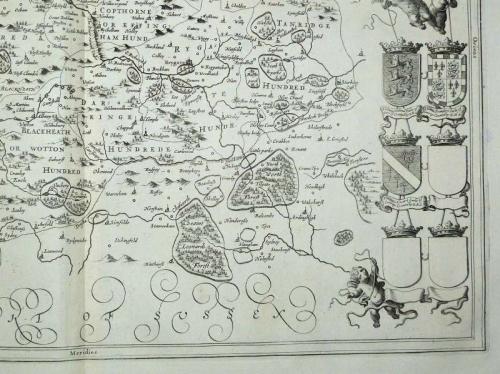 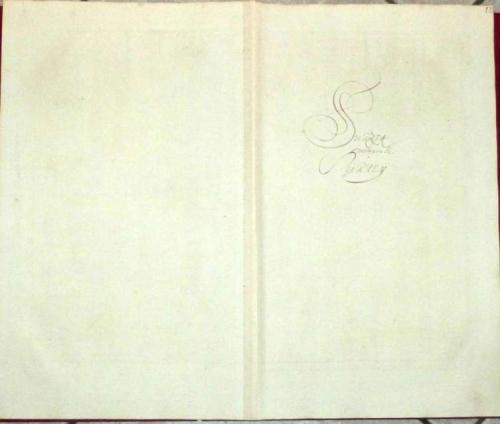