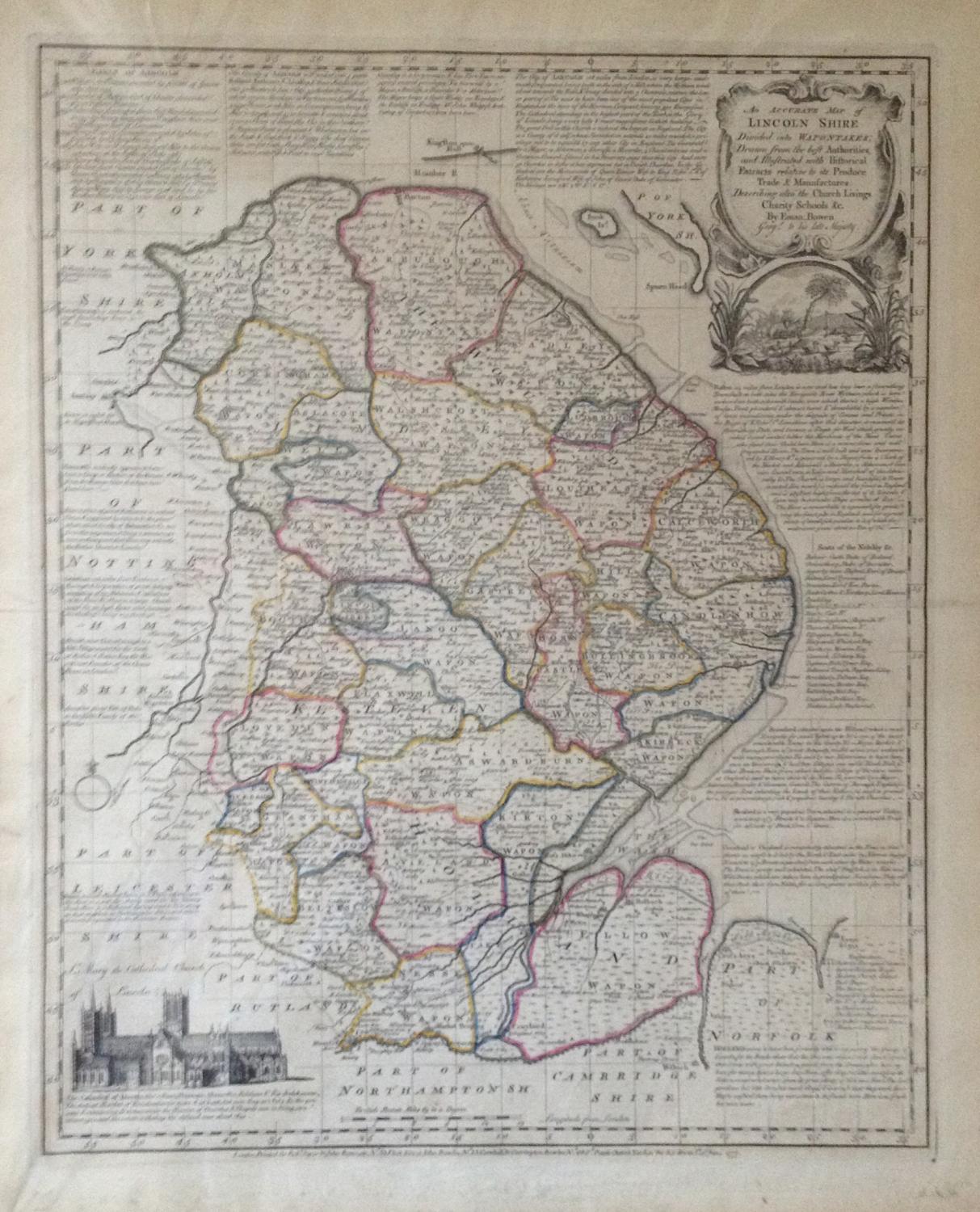 Bowen - An Accurate Map of Lincolnshire

An intricate map from the Royal Atlas that shows a wealth of detail of the roads and towns.

Emanuel Bowen was Thomas Bowen's father, who died in 1767, before this map was published. Perhaps Emanuel's finest publication was his Large English Atlas, first issued in c1755. Like this example here, the large County maps were crammed full of Historical annotations etc., and what with that and the immense detail on the maps, they form one of the most fascinating and characterful set of maps of the 18th century. This map  of Surrey is slightly smaller than those found in the Large English Atlas, and some of the historical detail has been condensed. In fact the map comes from the Royal Atlas, which was adapted by Thomas Kitchin, and first issued in 1763. The map in this form is a good deal rarer than those of the Large English Atlas. As can be seen from the photos, the map displays a wonderful amount of detail, including roads, windmills, estates, quarries, etc.

Increasingly hard to find on the market the map is in very good condition with very minor toning at the edges but a strong, clean image. 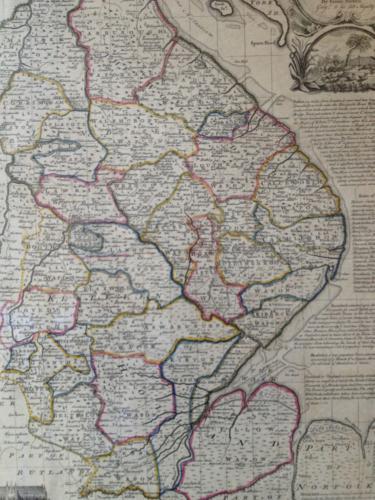 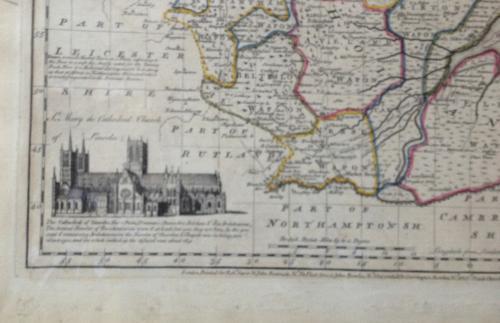