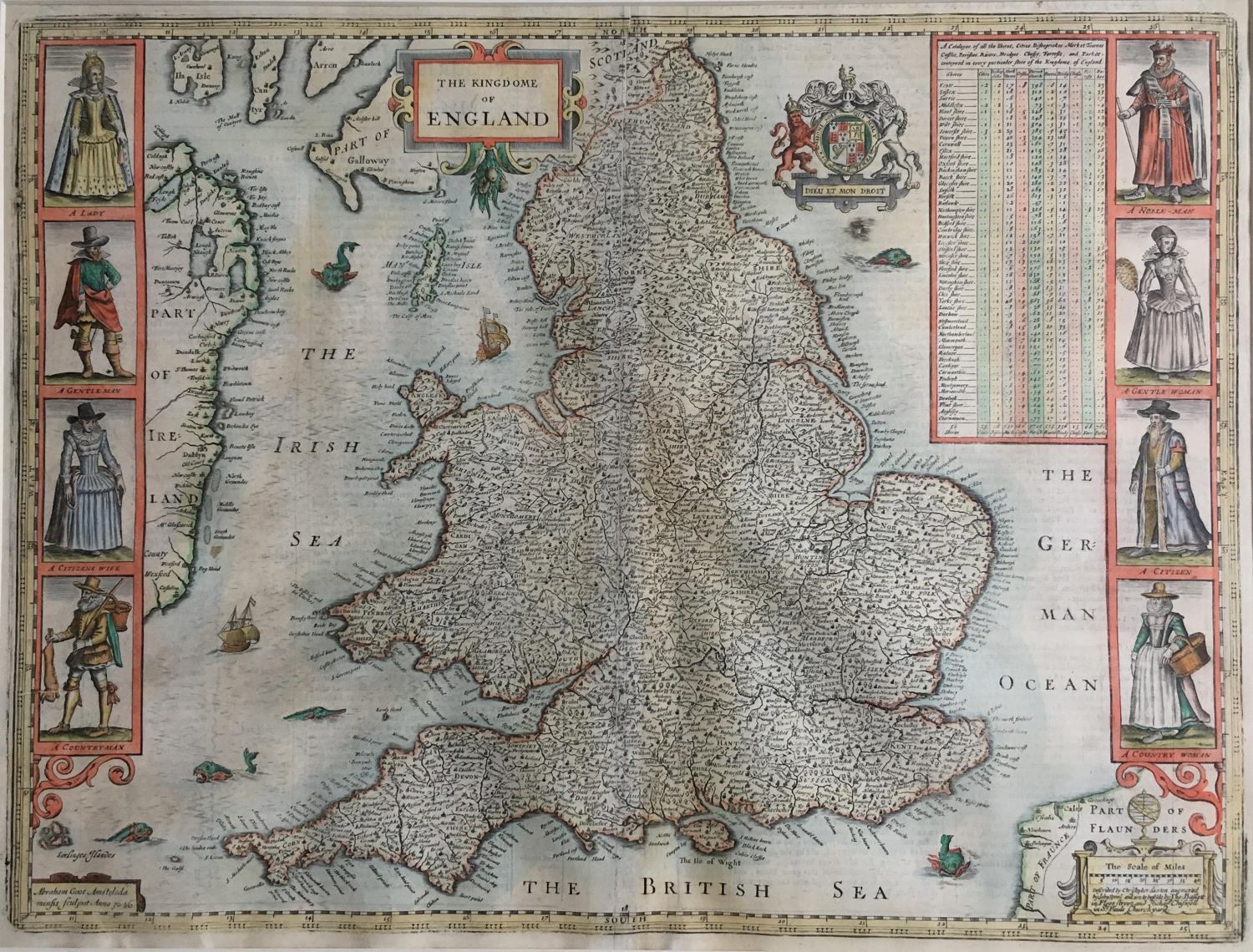 Speed - The Kingdome of England

Title: 'The Kingdome of England'.

A very decorative 17th century map of of the Kingdom of England (with Wales) which was 'performed' by John Speed and published in his Theatre of the Empire of Great Britaine (London: Bassett & Chiswell, 1676). Engraved by Abraham Goos.

A decorative map with 'carte a figures' showing the different social ranks of early Stuart England, the nobility, the gentry, the citizenry and the peasantry. A catalogue in the top right lists the counties with their respective number of cities, bishoprics, market towns, castles, parish churches etc. On the reverse of the map there is a complete set of text briefly describing the history of the country.

John Speed (1552-1629) was born in the Cheshire village of Farndon and from his youth pursued his father's profession of tailoring. He later moved to London to continue this trade, though Speed's real passions lay elsewhere, namely in the fields of antiquity and cartography. He joined the Society of Antiquaries where his enthusiasm soon attracted the attention of notables such as William Camden and Sir Fulke Greville. In 1596 Greville provided Speed with a full time allowance to write a 'Historie of Great Britaine'. It was during this project that Speed decided to add a cartographic supplement to the work and it was from this that his famous atlas, 'The Theatre of the Empire of Great Britaine', was born.

When published in 1611/12, his atlas was an immediate success, outdoing the one established by Christoper Saxton in 1579. There were a number reasons for this: Speed's atlas showed each county separately with its hundreds, was resplendent with heraldic shields but most significantly had one or two town plans. Displayed from a bird's eye view perspective, many of the towns were surveyed by Speed himself using a distinct 'scale of paces' and are the earliest known plans of these places. The aesthetic beauty of the maps were also down to the Dutch engraver, Jodocus Hondius, whose fine calligraphy and decorative strapwork are a feature throughout.

In good condition with original vibrant colour. Centerfold reinforcement and a few minor margin repairs. Sold in a mount, ready to frame. 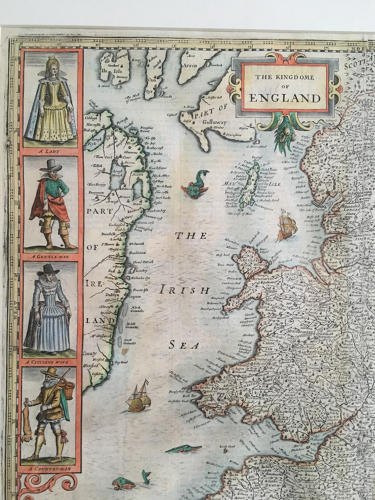