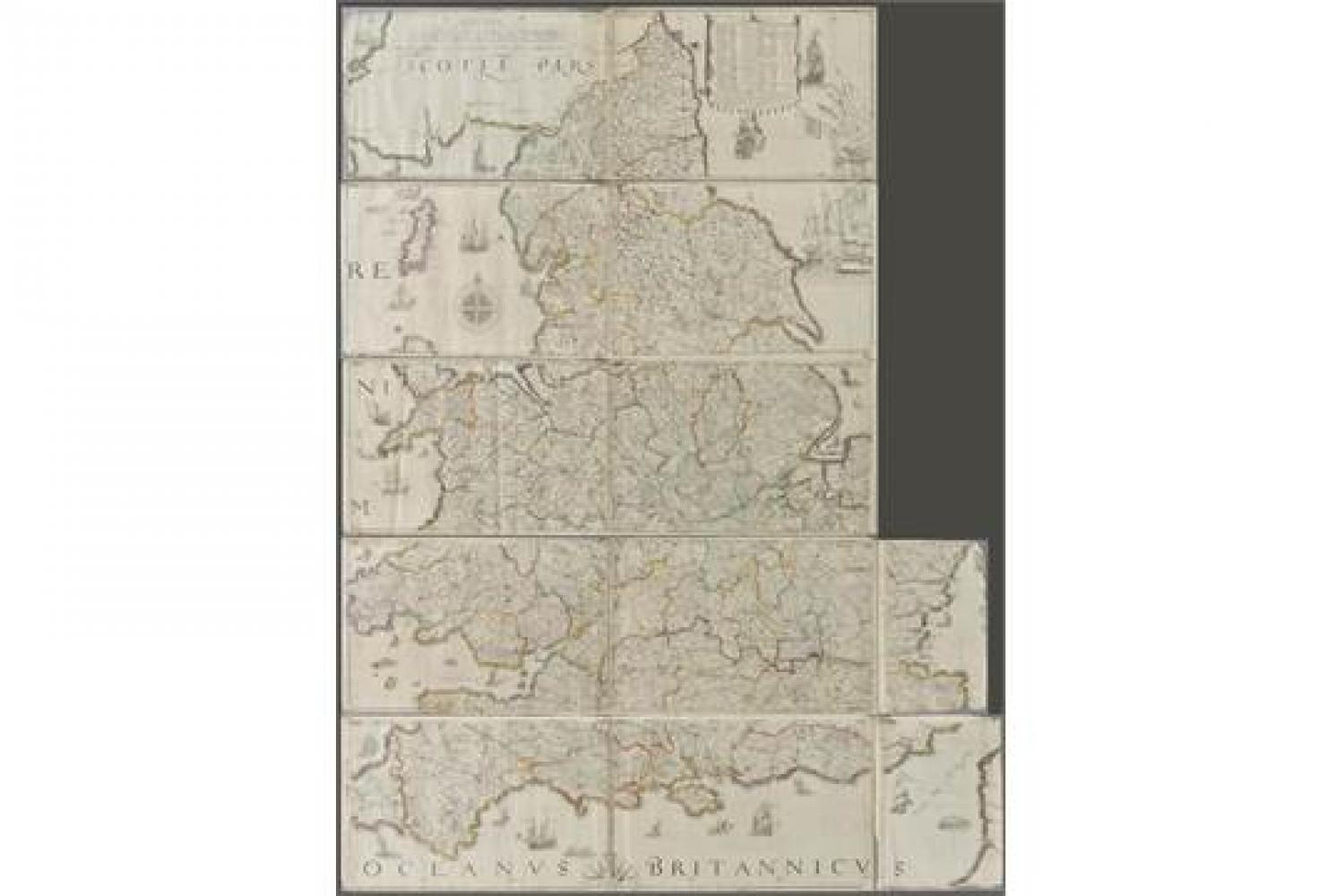 Title: 'The Travellers Guide being the best Mapp of the Kingdom of England and Principality of Wales Wherein are Delineated 3000 Towns & Villages more than in any Mapp yet Extent besides ye Notations of Bridges & Rivers &c. To which is added ye Direct and cross Roads according to Mr Ogilby's late Survey. Described by C. Saxton And now carefully Corrected with New Additions by Phillip Lea'.

Taken from Christopher Saxton's large scale map of England and Wales first published in 1583, this state published Philip Lea, Globemaker at ye Atlas and Hercules in Cheapside nere the corner of Fryday Street in London, [1687 - 1700], engraved map with contemporary outline colouring is lacking two smaller portions (East coast of Norfolk & Suffolk and South West Cornwall). It is a large map when combined: approx 1425 mm high and 1050 mm wide at the bottom two levels.

Ref: R.W.Shirley. Early Printed Maps of the British Isles 1477 - 1650, no.137, state 5. Christopher Saxton published his twenty sheet wall map in 1583. It was re-issued by Cade & Morgan in 1678. Philip Lea aquired the copper plates in about 1685 and re-published the map on a smaller scale designed to be used as a travelling map. He reduced the map to ten full sheets and four half sheets and removed a great deal of the sea, thus making the map relevant to land based travellers. The map was pasted into five horizontal strips. The top three sheets made up of two sheets and the last two sheets made of two sheets with a half sheet pasted at each end. It appears that two of these half sheets are lacking from this example. Philip Lea re-engraved the plates at least five times during his perod of ownership. This example is Lea's 5th and final state and therefore state 7 of a total of nine states. Lea moved from Poultry to Cheapside in 1687 and remained there until 1700. Following Lea's death, Anne his widow, re-engraved and re-issued the map with Richard Glynne in 1720 and Thomas & John Bowles & Son repeated this in 1758. Scarce. (1) 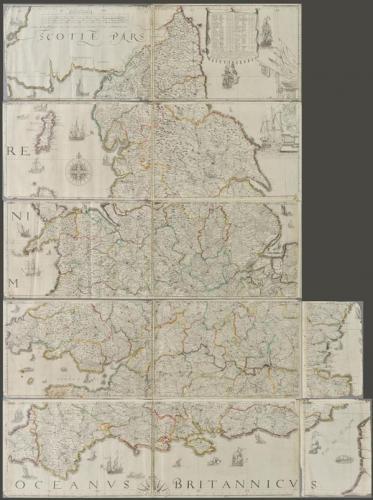 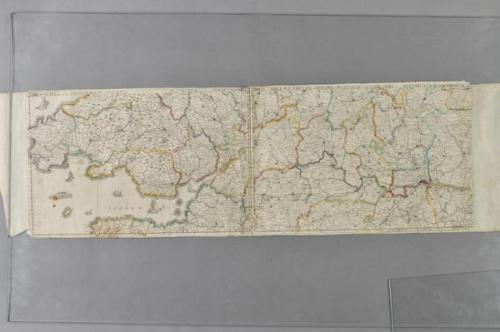 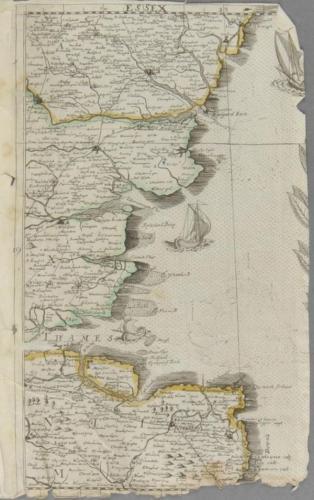