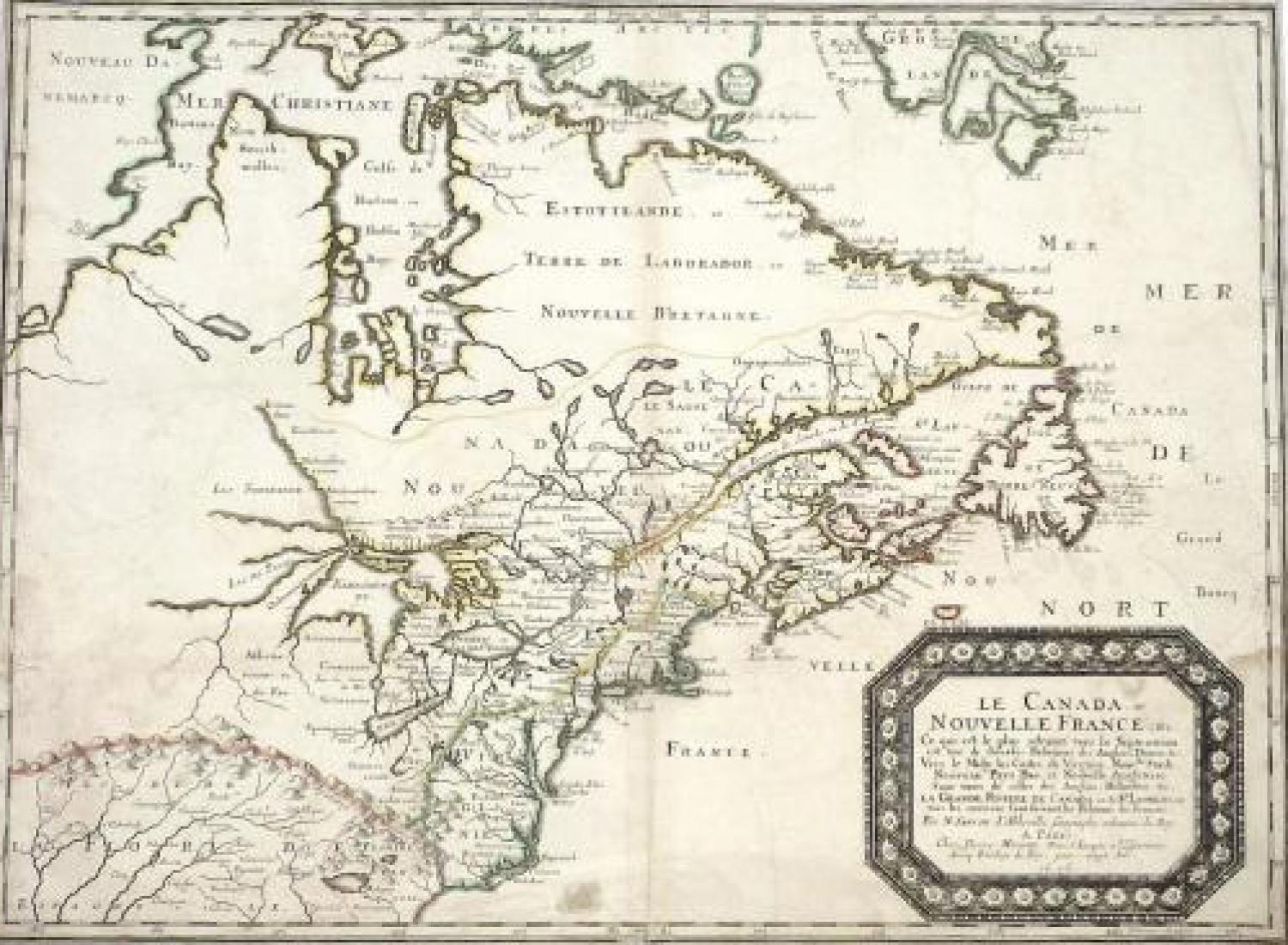 A seminal map of Canada and the Great Lakes and one of the most important maps of the period. This map relied for its northerly information on the English and Danes, and for its delineation of the lower Atlantic coast on the English and Dutch; it was only for the "Grande Riviere de Canada," or Saint Lawrence, that French sources were preferred.

In good condition, with minor toning and cut to to the borders. Minor flaws include scattered creasing, light dampstain at bottom right corner, tissue-backed split a few inches along bottom of center fold, a small mild stain at bottom from a sticker that had been on reverse, a small tear near left edge and a few other imperfections. But otherwise bright with good outline color. Not laid down, and does not appear to have been cleaned or otherwise restored. 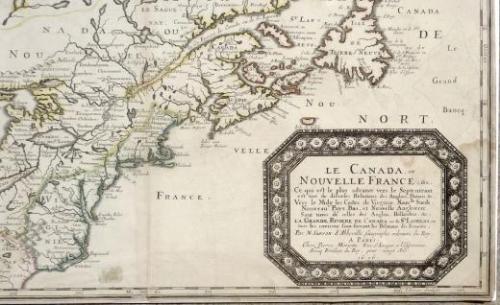 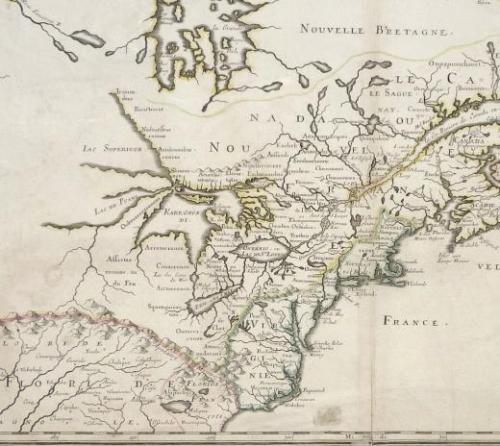 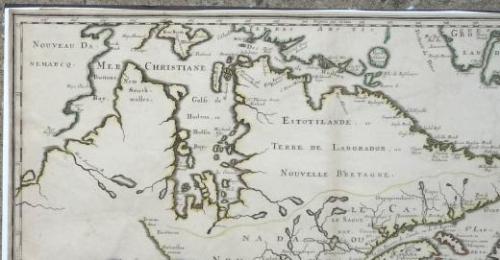