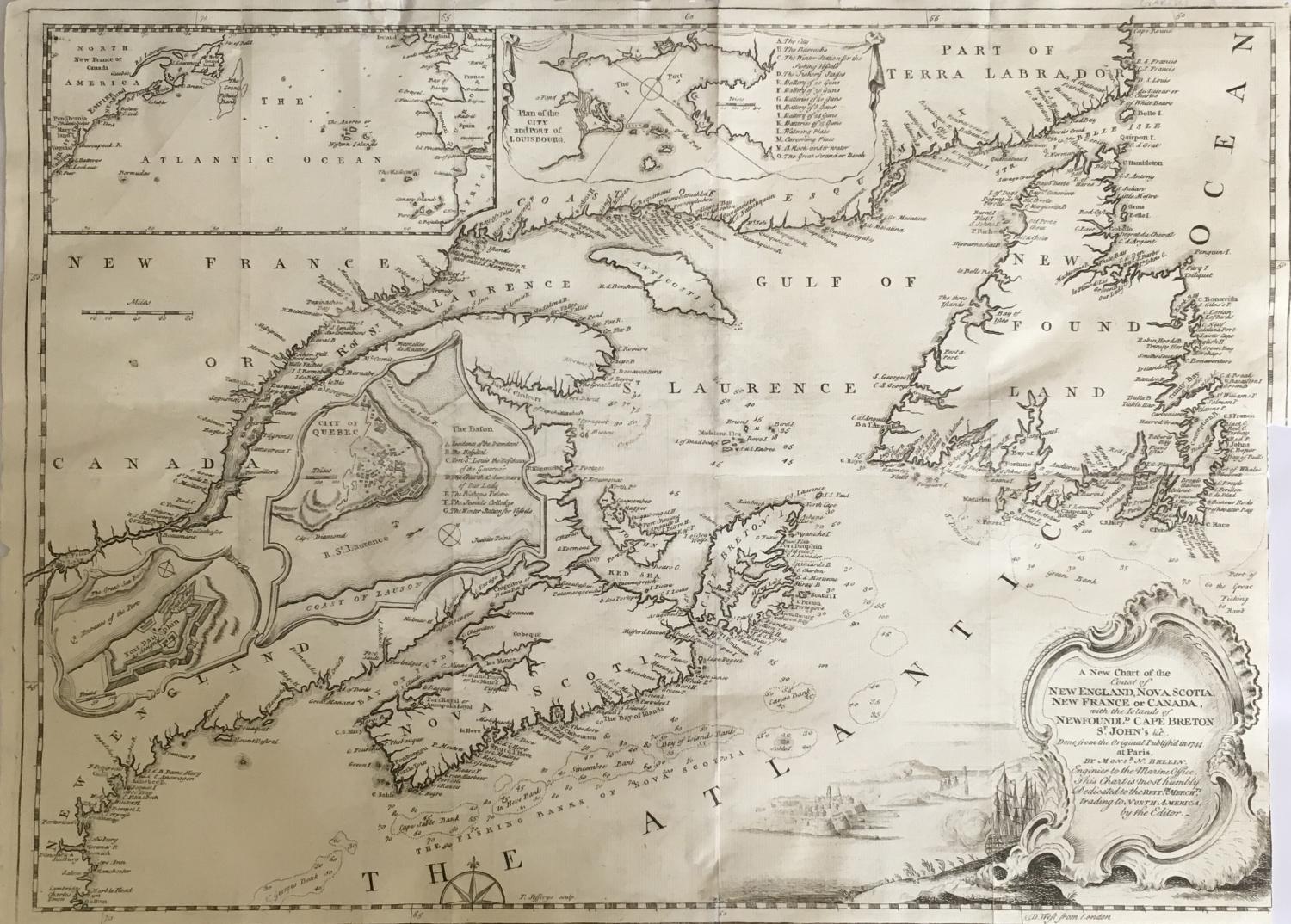 Title: 'A new chart of the coast of New England, Nova Scotia, New France or Canada, with the islands of Newfoundld., Cape Breton, St. John's &c..

Published in the London "Gentleman's Magazine." from January 1746, including the Eastern coast of Canada. The map has several insets including Quebec City, Fort Dauphine, the Atlantic Ocean and the City and Port of Louisbourg. The Louisbourg and Quebec insets each contain a key to greater detail. Decorative cartouche. According to the title based on Bellin's original published in 1744. 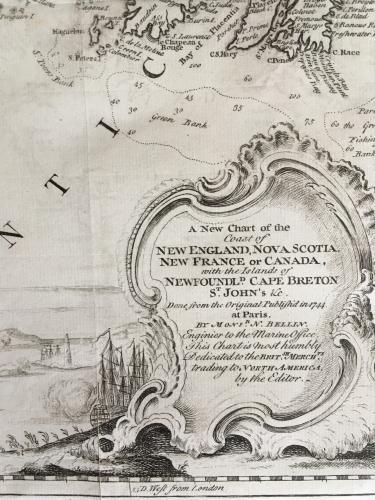