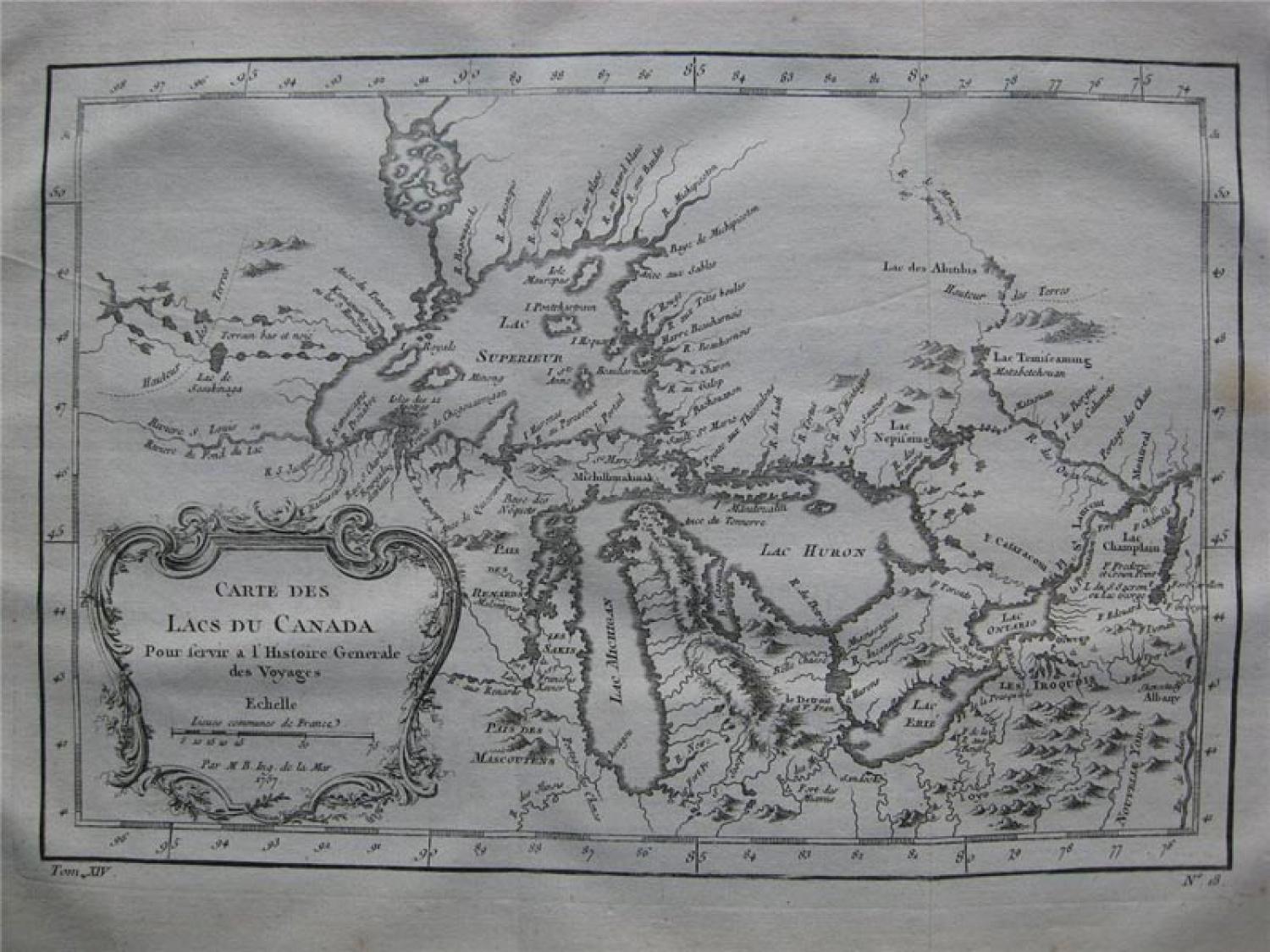 This is an excellent "French & Indian War" period map depicting the five Great Lakes. While this map uses the same title as Bellin`s prototype map of the Great Lakes, published in Charlevoix’s "Histoire et Description Generale de la Nouvelle France" in 1744, it has been updated with information from Bellin`s similar map of 1755. Lakes Erie and Ontario are more accurately defined and the spurious islands in Lake Huron have been eliminated. However, several large, bogus islands still remain in Lake Superior, including "I. Minong" (called "I. Philippeaux" on some issues) and "I. Pontchartrain." The Michigan peninsula is still misshapen with a massive mountain range down its center. Numerous forts are located: S. Jgnace, Niagara, des Miamis, and Toronto to mention a few. The ornate rococo title cartouche is draped with ivy. A crisp impression.