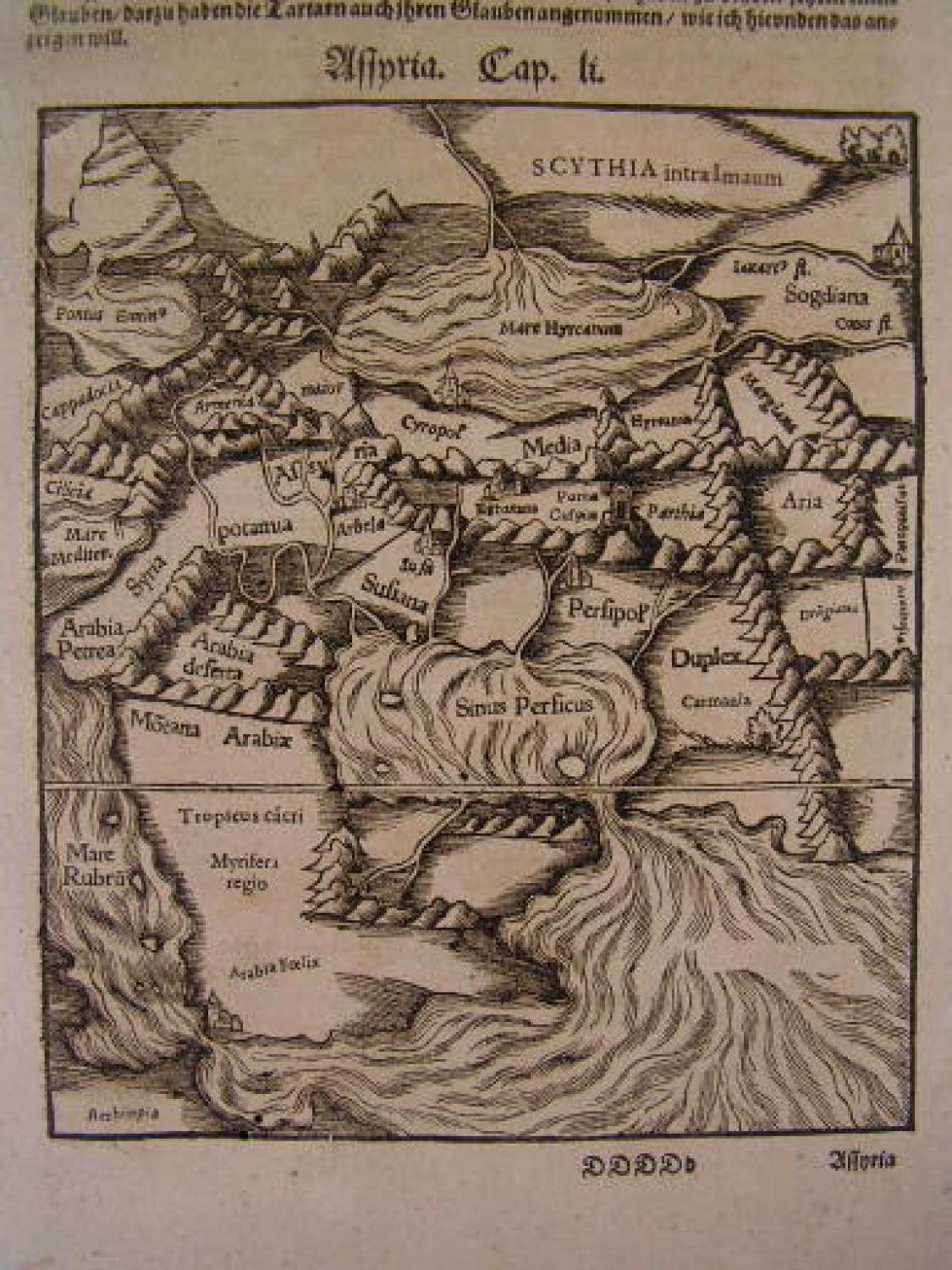 Charming large woodblock map of the Middle East, including the Arabian Peninsula from the German edition of Munster's "Cosmography". 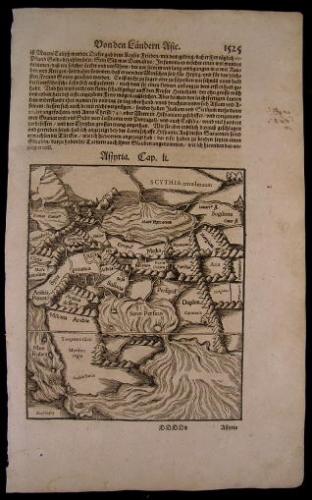