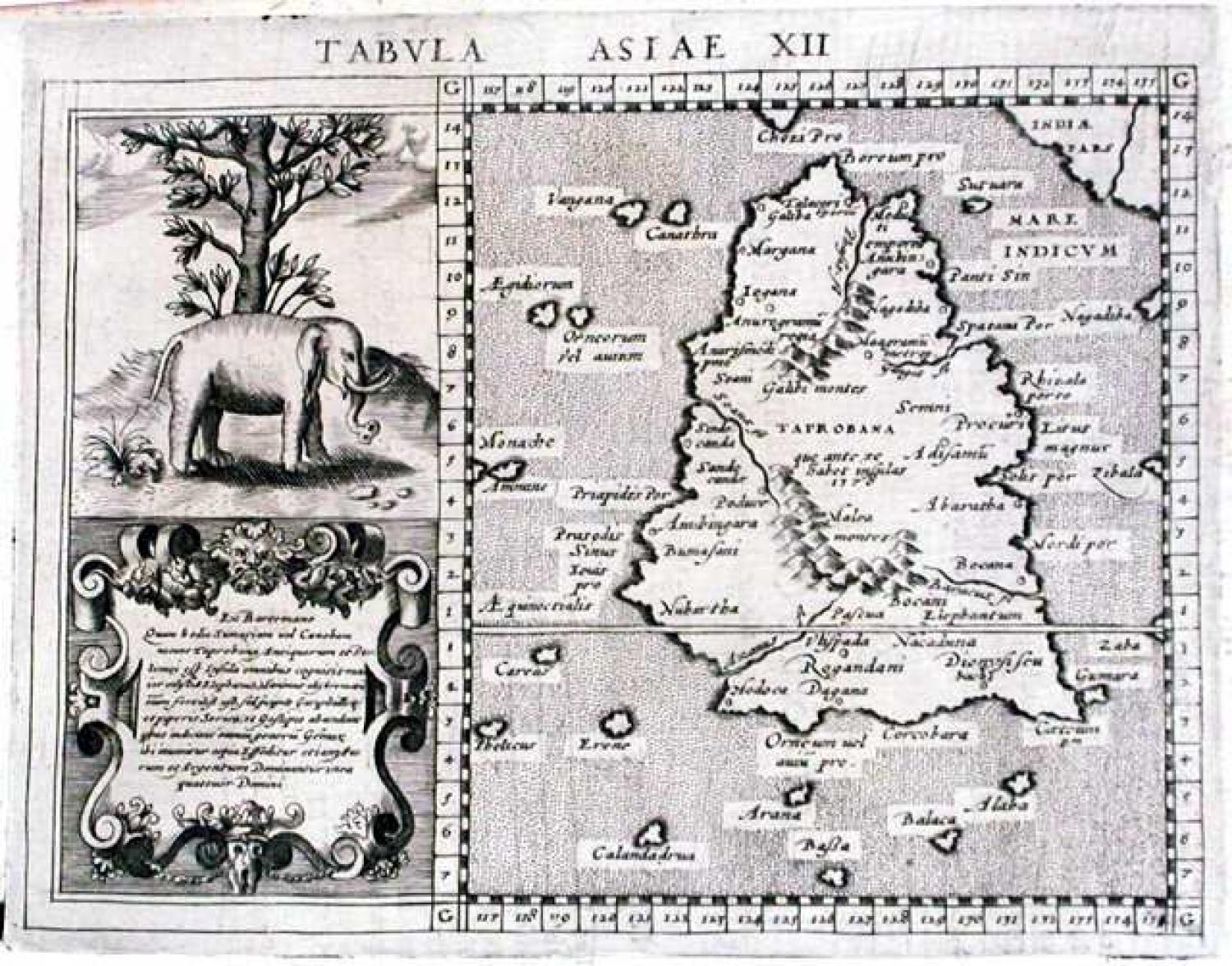 A Ptolemaic map of ancient Sri Lanka (Serendip, Ceylon) surrounded by mythical islands. Based on the 1561 Valgrisi edition. Text on verso.