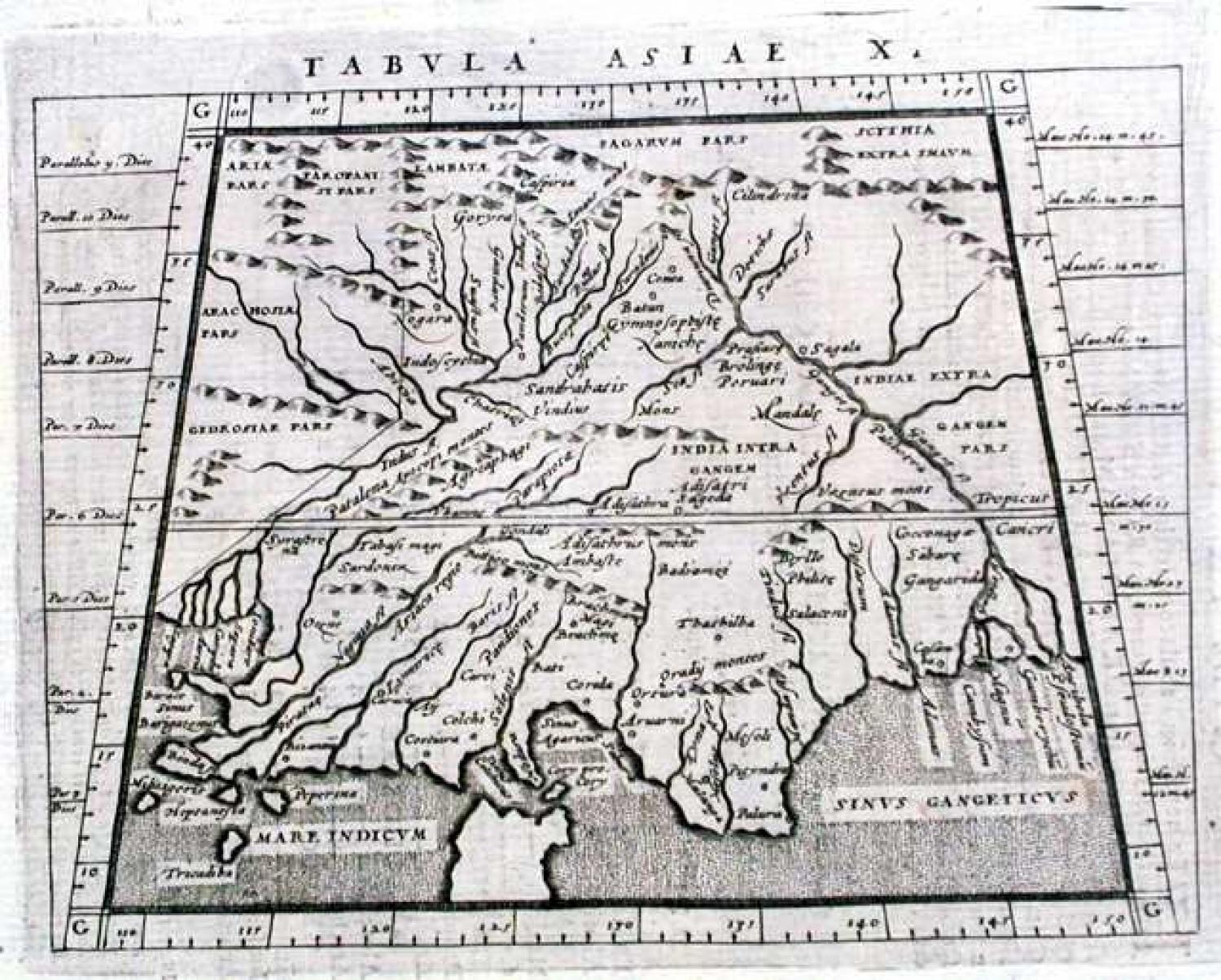 A Ptolemaic map of India and of Sri Lanka (Ceylon). The sub-continent is considerably foreshortened with the rivers Indus and Ganges as the only recognisable features. The Based on the 1561 Valgrisi edition. Text on verso.