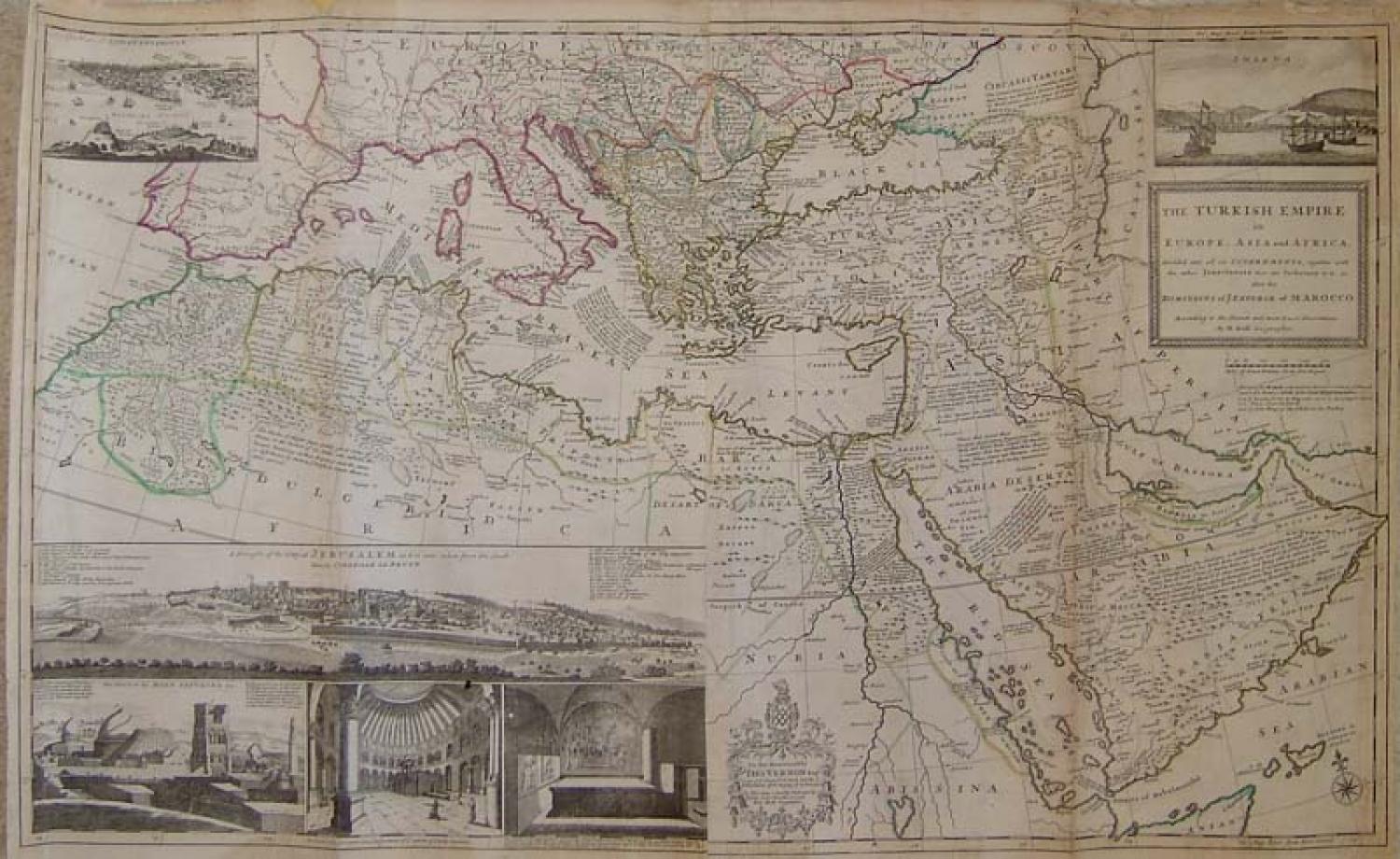 SOLD The Turkish Empire in Europe, Asia and Africa

SOLD
The Turkish Empire in Europe, Asia and Africa, Dividid into All its Governments, together with the other Territories that are Tributary to it as also the Dominions of ye Emperor of Marocco ... From The World Described ...

A large and very interesting map of the Turkish Empire with an inset of the city of Jerusalem and the church of the Holy Sepulcre. Full of notes and comments as to the nature of these lands, as is typical of Moll maps.

In fair condition with reinforcements at the verso to the folds and a small nick at the border at the top. Slight creasing as shown, heavy laid paper. 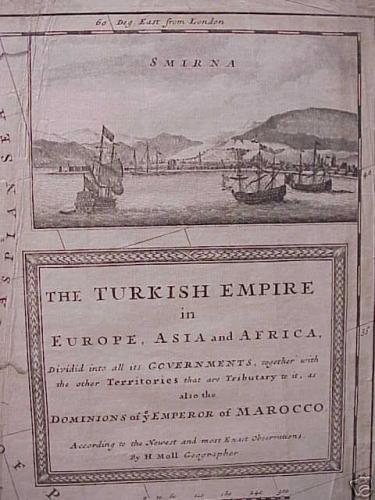 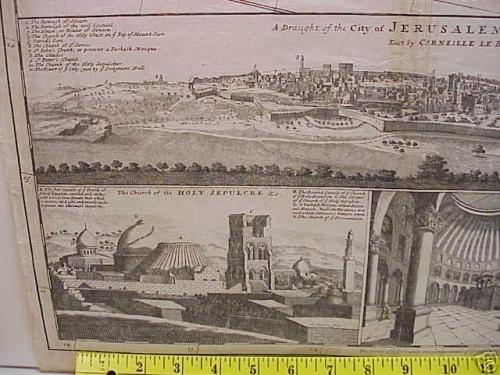