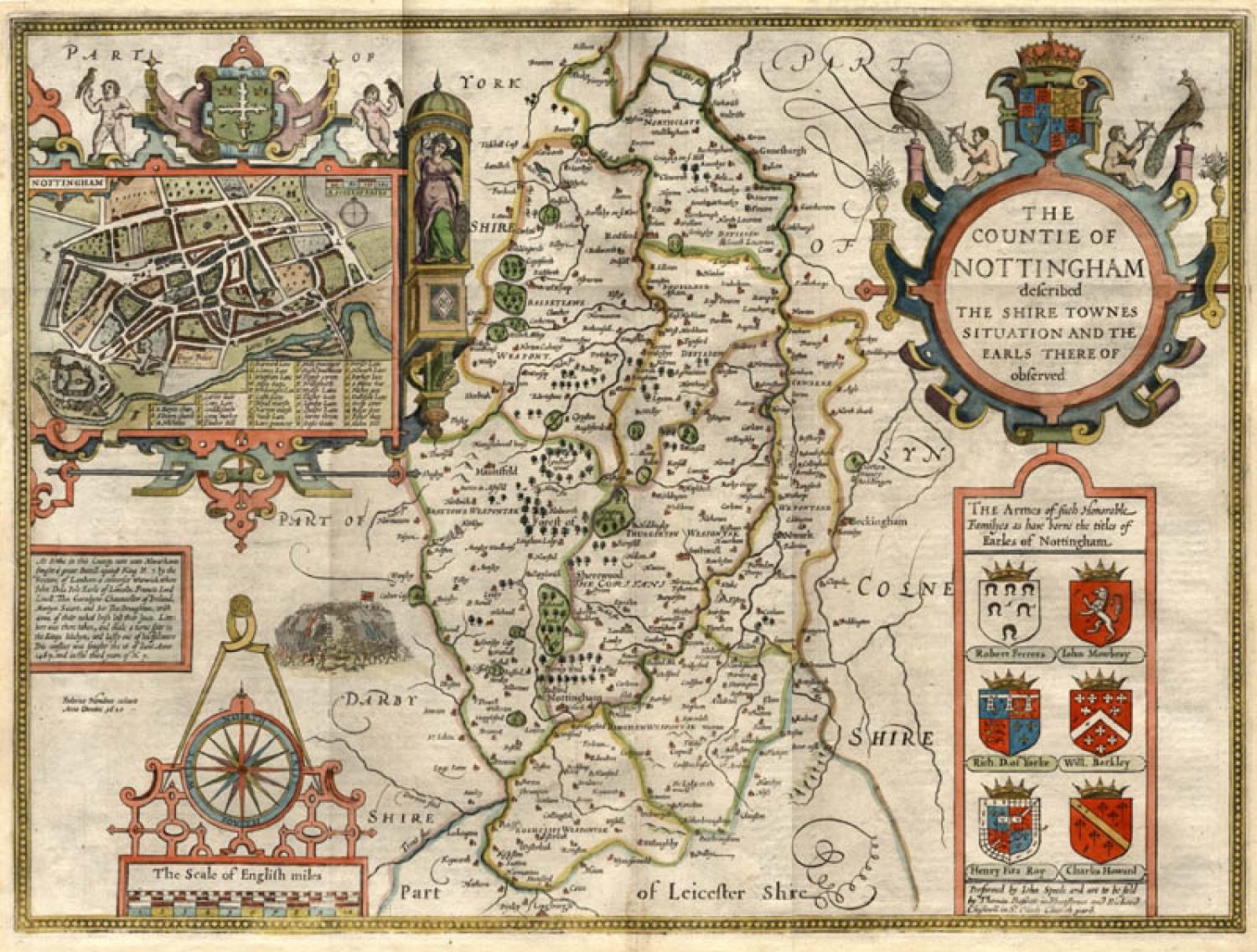 SOLD The Countie of Nottingham described

SOLD
From: ' The Theatre of the Empire of Great Britain' published by Bassett & Chiswell in 1676. The plate for this map was originally engraved by Jodocus Hondius.

The map is hand coloured in outline, has a strapwork title and an inset plan of Nottingham.

The condition is good with some browning around the papers edge. 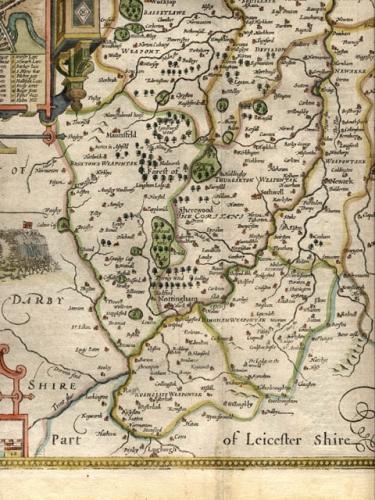