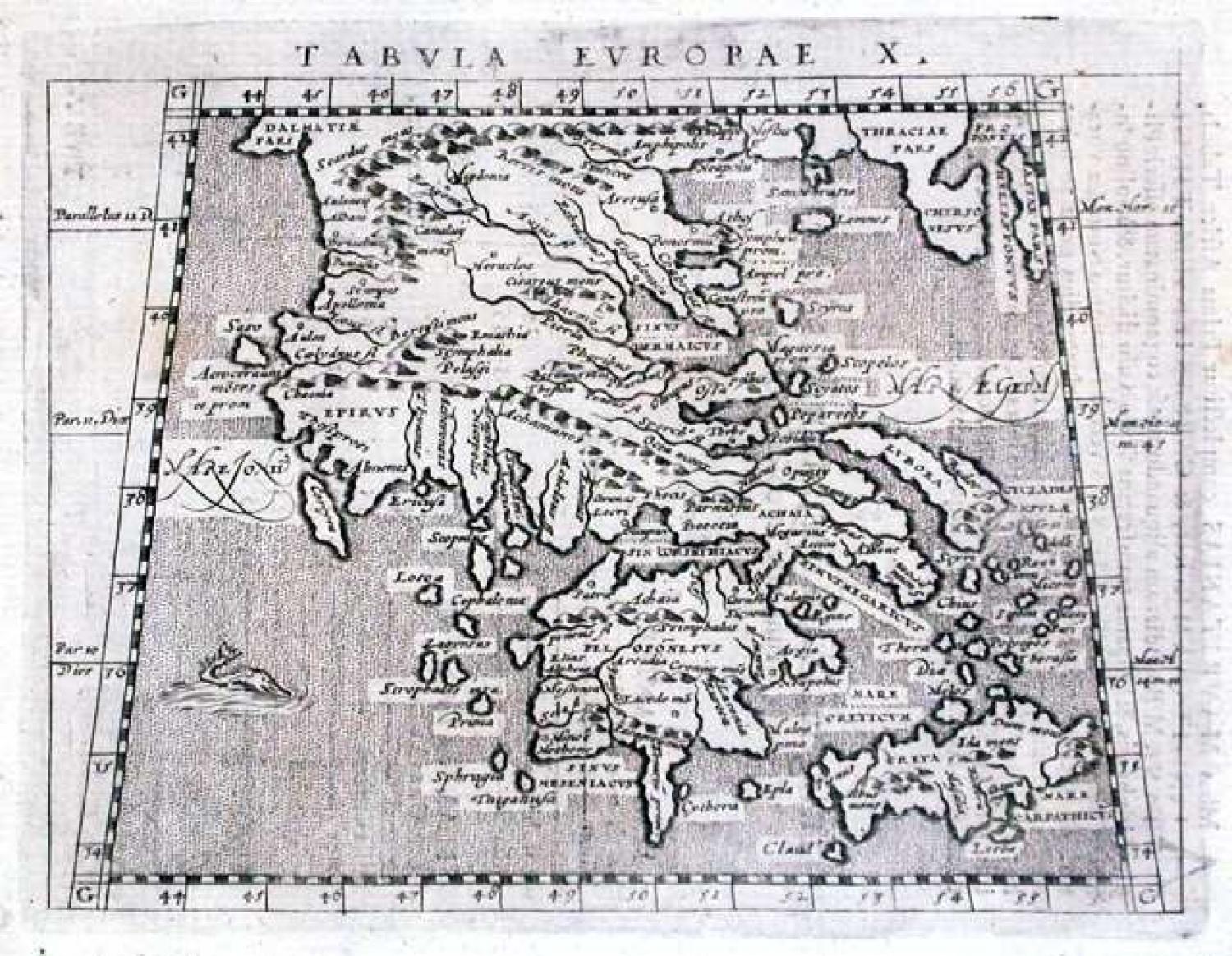 A Ptolemaic map of ancient Greece and Crete. Based on the 1561 Valgrisi edition. Text on verso.