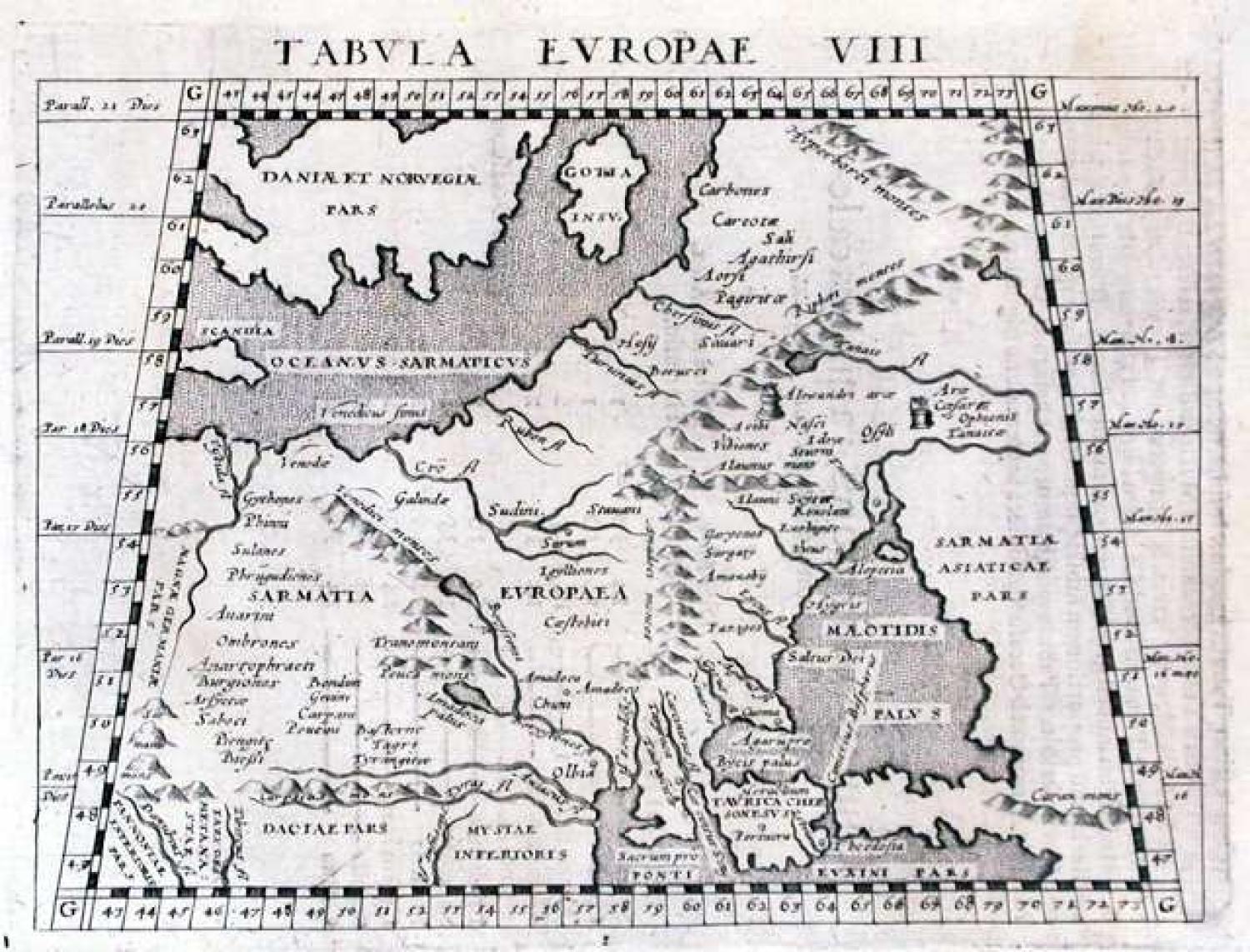 A Ptolemaic map of ancient Sarmatia, stretching from the Urals in the east through to present day Poland in the west. Based on the 1561 Valgrisi edition. Text on verso.