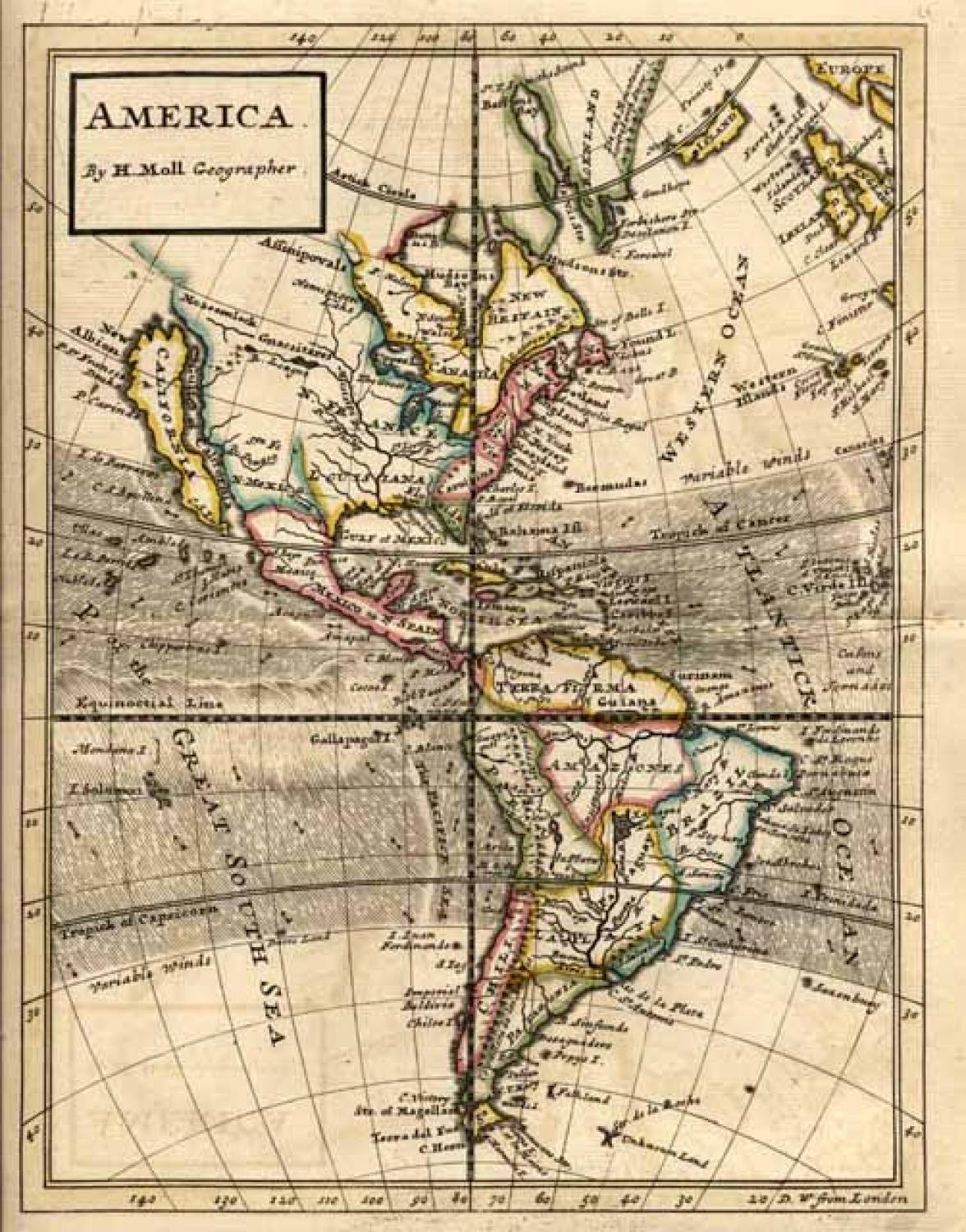 SOLD
Published by Herman Moll in "ATLAS MINOR", Second Edition 1732, and printed and sold by Thomas and John Bowles, London.

Asia: Interesting features include the upper coast of "Chinesian Tartary" that is shown as "Unknown Coast". Also, this map was produced before Cook's expeditions later in the century and, reflecting the cartographic uncertainty of the times, New Holland is almost joined to New Guinea.

Europe: Country outlines in rich hand colours. Interesting features include 'A salt water lake', the coast of Greenland described as 'Ice and Mountains covered with Snow' and 'Turkey in Europe' that extends deep into the continent. Slight foxing in the margins. 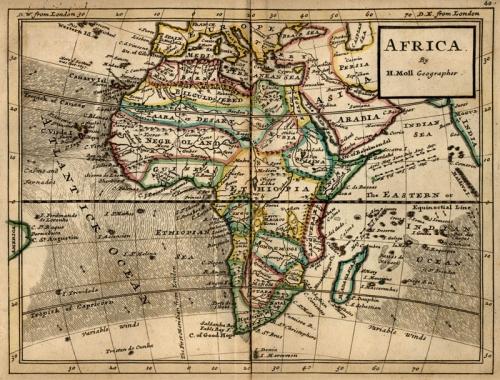 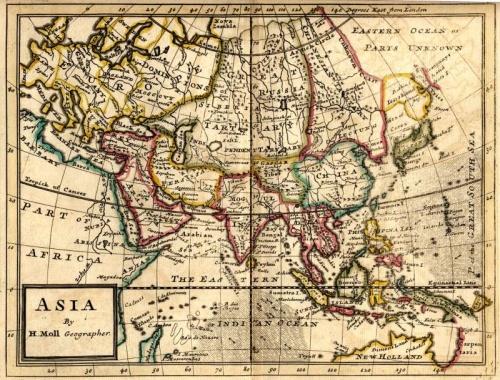 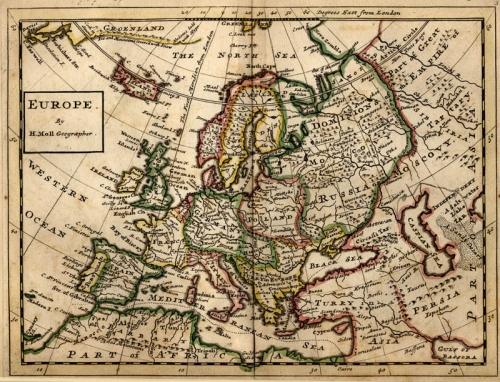